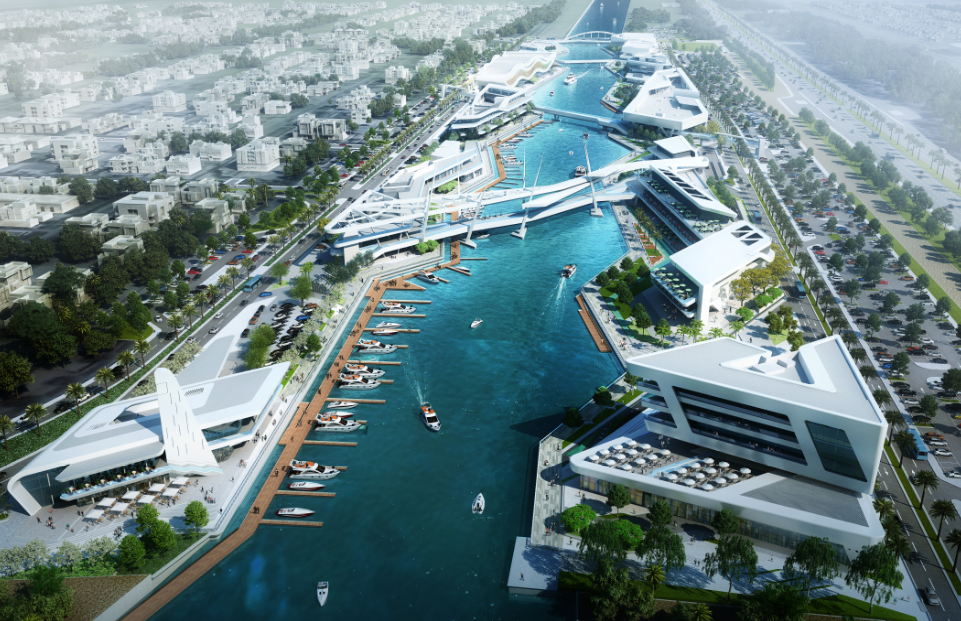 Located in the heart of Abu Dhabi extending across 2.4 kilometres of waterfront, Al Qana is the ideal destination to leave behind the busy city and experience an atmosphere that leaves you feeling rejuvenated, excited and alive. Connected by four traversing bridges, visitors can stroll leisurely along the boulevard experiencing the absolute best in dining, entertainment, retail, wellness and adventure.

Designed as an energetic, fun-filled destination for the whole family, the space lends itself to an abundance of immersive experiences from on-ground water shows, live performances and concerts, interactive gaming hubs and underwater aquarium adventures.

Al Qana is the first-ever Build-Operate-Transfer (BOT) model project jointly developed by The Department of Urban Planning and Municipalities and Al Barakah International Investment that contributes to Abu Dhabi’s vision 2030.

The project is expected to be completed Q4 2020.

Al Barakah International Investment who have a successful and diverse portfolio within real estate development, contracting and engineering, facilities management, tourism and hospitality, and healthcare. Through their partnership with governmental entities, Al Barakah International Investment has contributed significantly through major community development projects that lay the foundation to a thriving nation.

CBNME had a chance to talk to Fouad Mashal, CEO of Al Barakah International Investment who tells us all about the Al Qana Project: 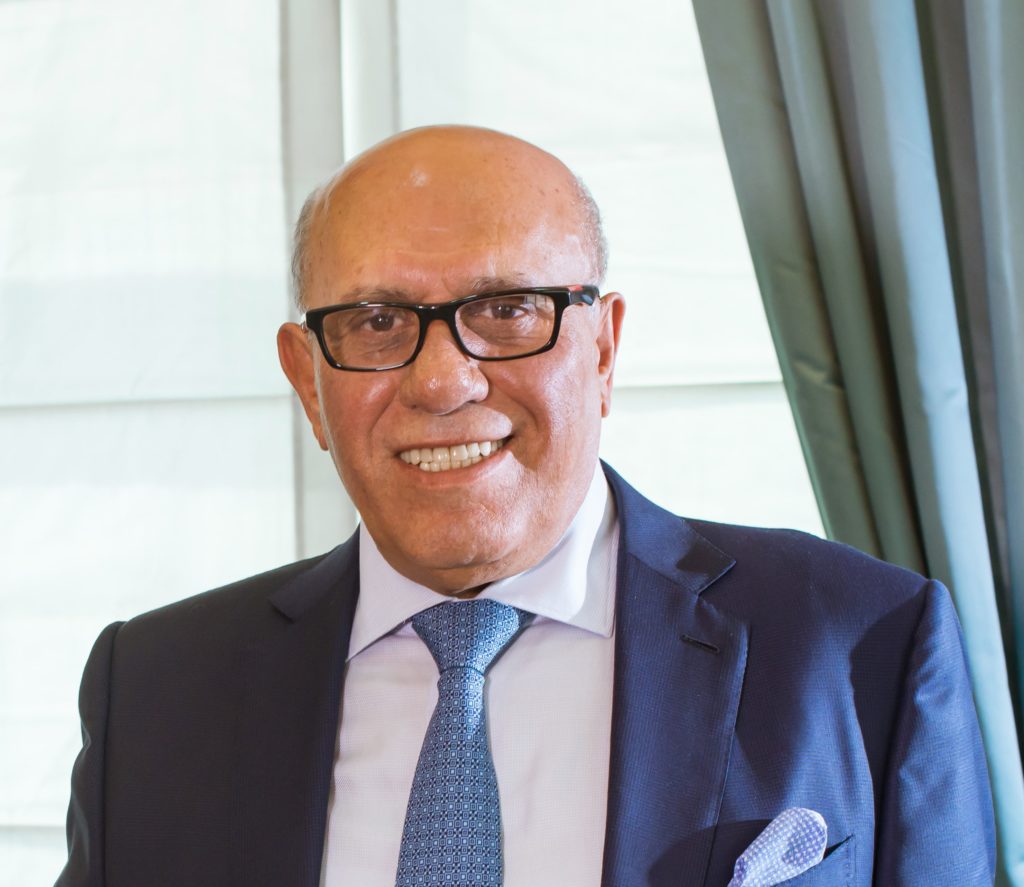 Abu Dhabi being the ideal location to open Al Qana

Abu Dhabi aims to cement its position as one of the most liveable cities in the world and the ultimate destination for entertainment. Hence it was important to create spaces in the capital that encourages social interaction and provide residents a healthy lifestyle that contributes to their well-being. Al Qana was designed to support the capital’s vision for 2030 and Tomorrow 2021 Plan. It is a landmark that will be positioned prominently in the social fabric of Abu Dhabi, nearby the heart of the new city. It will also be close to other major developments and attractions such as Warner Bros, Ferrari World and Louvre Abu Dhabi, with a direct eye-line view of Sheikh Zayed Grand Mosque.

Al Qana is located on the historic natural Khor Al Maqta and the waterway bordering the mainland in close proximity to the iconic Sheikh Zayed Grand Mosque. Adjacent to the neighbouring five-star hotels, the development is in a prime location for both residents and tourists. Al Qana’s location does not only complement the existing community, but also the other famous landmarks of Abu Dhabi.

Al Qana is a unique waterfront social dining and entertainment destination. The development is one of the much-anticipated touristic landmarks in the capital featuring seven anchor destinations spanning over 2.4km of scenic and picturesque waterfront walkways. 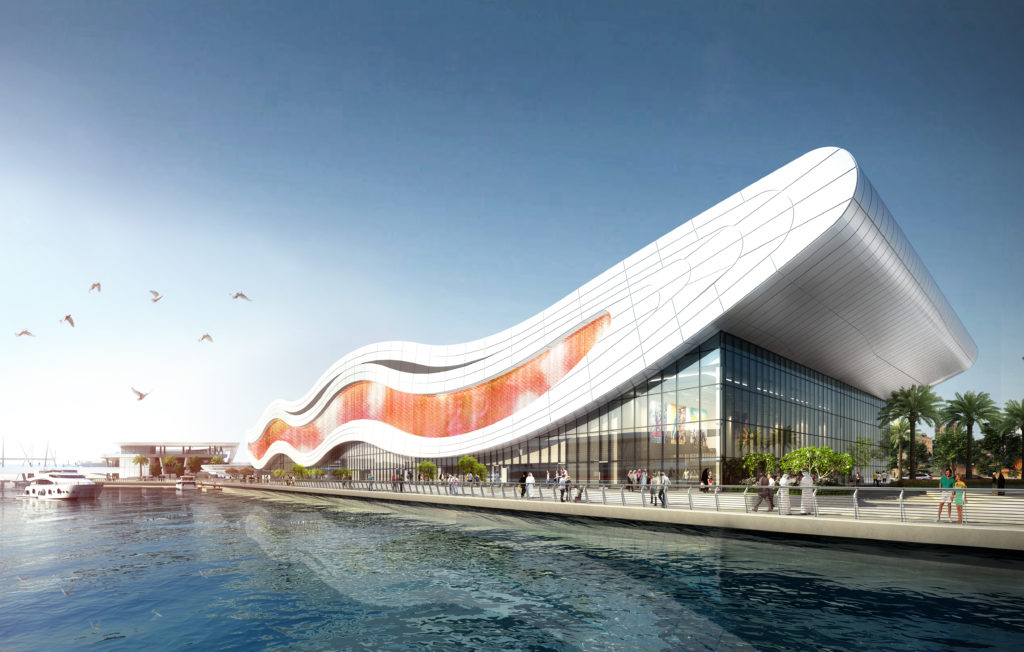 There is no doubt that Al Qana is an exceptional large-scale project in Abu Dhabi, with its functional diversity and innovative architectural design. In order to establish a unique architectural language of the whole development, our architects have developed the façade cladding material specifically for Al Qana in order to fit the project vision.

Such an important project doesn’t come without its challenges. We are building a social dining and entertainment destination with high expectations from nationals, residents and government officials as well. This is the reason why we worked hard to hire experienced and talented staff. We partnered with world-class companies from around the world to raise the quality of this project. We aim to exceed the expectations by delivering a unique destination that will provide an unparalleled experience to its visitors and make them feel rejuvenated, excited and alive.

In line with the capital’s vision for 2030 and Tomorrow 2021 Plan, Al Qana is a destination that will play a key role in supporting the government to realise its vision of enhancing Abu Dhabi’s status as one the world’s most popular destinations for business, leisure, lifestyle and entertainment. Al Qana aims to enhance the quality of life in Abu Dhabi by improving recreational, cultural, sporting and active initiatives.

It is also a touristic hotspot supporting Abu Dhabi Department of Culture and Tourism (DCT Abu Dhabi) efforts to strengthen the emirate’s stature as a leading international tourism and cultural destination. With Al Qana, we also want to keep pace with the new requirement of visitors and reflect Abu Dhabi’s multicultural society. Al Qana has been conceived to become an integral part of the Abu Dhabi social fabric.