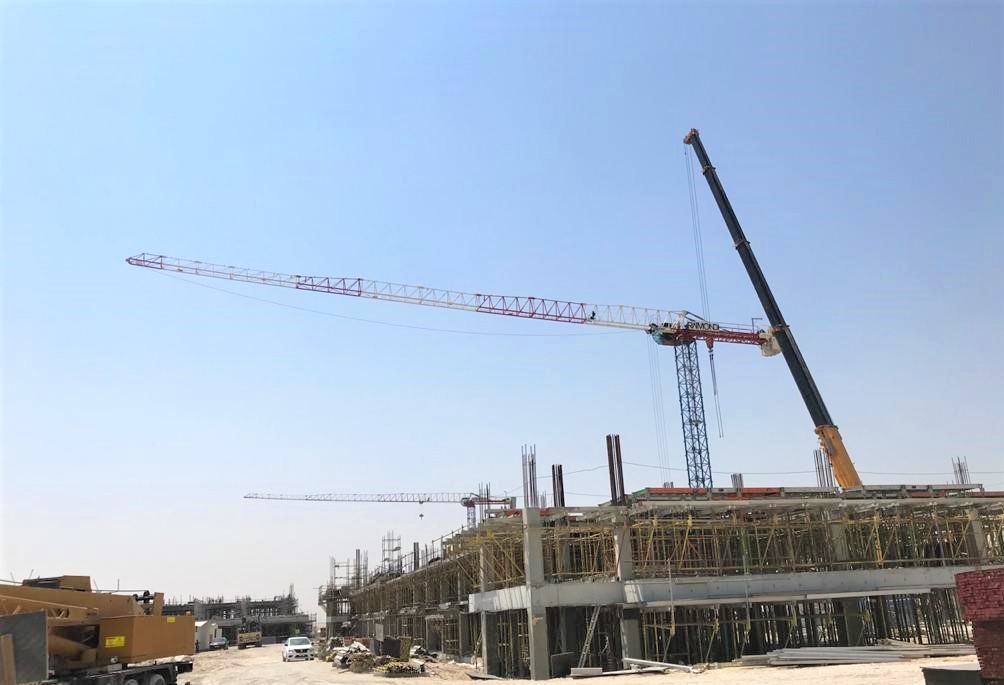 Raimondi Middle East, currently involved in a series of different jobsites around the MENA region, is seeing a strong boost of commercial activity in the Gulf Cooperation Council countries, specifically the UAE and Qatar. Alongside its work on various large-scale projects in the region that require multiple cranes, Raimondi Middle East has also deployed five topless tower models across several smaller jobsites.

“We are currently working on several projects between UAE and Qatar. Across the Emirates of Dubai and Abu Dhabi we have three Raimondi MRT111s at work on various residential developments. In Qatar, we have just installed two MRT294s that are participating in the build of two new Marriott hotels,” said Wael Hasan, Middle East Commercial Director, Raimondi Cranes.

The jobsites vary in scope and scale; one of the MRT111 tower cranes – with a jib length of 50m and HUH of 35m – is at work in Warsan area for the development of a residential building.

“Chosen because of its maximum lifting capacity of 8tn and tip load of 2.3t, this crane model was well suited to the jobsites requirements,” Hasan explained.

Two of the Raimondi MRT111s are onsite at the Khalifa Industrial Zone Abu Dhabi (KIZAD) with jib lengths of 54m and a HUH of 29m. The MRT111, one of Raimondi’s bestselling models, is sought-after for its versatility in tower height while maintaining high performance measures in terms of maximum load and hoist speeds.

“In Qatar, where we erected two MRT294 14t cranes, we satisfied the client’s request by offering the heaviest lifters currently available in our product portfolio for the tower section,” he continued, emphasizing that the MRT294 remains extremely popular in the region for its high performance metrics and durability.

For all of the projects, Raimondi Middle East executed a study to best plan the crane installations and optimal machine positioning, with the offload and assembly time of each crane took place over a period of approximately two days including crane erections.

Jobsite timelines will see one the of the MRT111s operating on the KIZAD jobsite dismantled soon, while all of the other cranes will remain at work until completion of the projects scheduled for the end of this year.