Constructing a mine of possibility 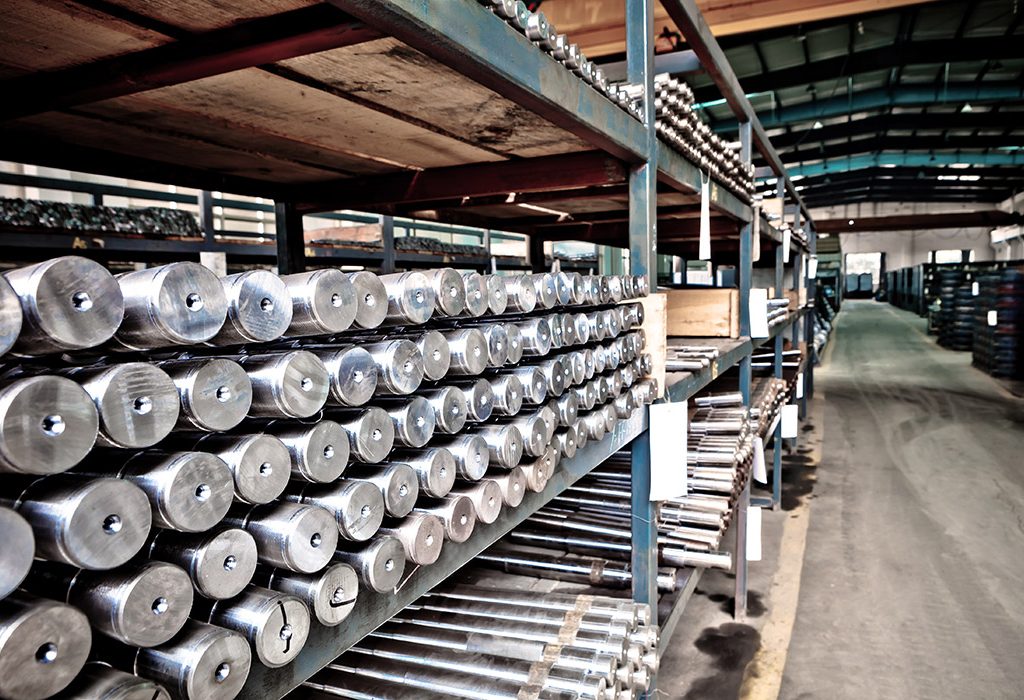 In a bid to diversify furthermore into the metals industry, the GCC is producing a remarkable haul of aluminum and steel. The construction industry is rebounding in tandem, in turn incurring a mountain of profitability. Giorgios Retsinas writes

The GCC has risen to new heights with the backing of hydrocarbon fuel. As well documented, the Kingdom of Saudi Arabia is the world’s biggest producer of crude oil and subsequently the MENA region’s largest economy. Fellow GCC nations Bahrain, Kuwait, Oman, Qatar and the UAE are likewise yielding results, as the grouping of nations possess nearly a third of the world’s hydrocarbon reserves. Worth an estimated $65 million, the GCC is supplying an increasing share of the world’s fuel. The region has increasingly moved towards diversifying however, and as a result is displaying a swelling interest in metallic manufacturing.

The metals industry has customarily been focused around North Africa. Large deposits of metals and minerals in Iran, Egypt and Algeria have largely given the respective areas key mining advantages. GCC nations have paid a great deal more attention in recent years to differentiating their respective revenue streams by way of larger scale government investment and have thus begun to unearth their own prospects. Aluminum, iron and steel are the key points of focus.

Bahrain began the drive towards an assorted brand of expansion as early as 1971. Aluminum Bahrain is majority-owned by the Bahraini government and an aluminum manufacturer which as of today produces more than 870,000 metric tons per annum (MTA). The UAE’s Dubai Aluminum, founded in 1979, edges out Aluminum Bahrain with 1,000,000 MTA. Oman, Qatar and Saudi Arabia didn’t follow suit until much later, forming aluminum interests in the new millennium, yet are on pace to offer competing output. Saudi Arabia’s Ma’aden Company produces 720,000 MTA, Qatar’s Qatalum 585,000, Oman’s SOHAR 360,000 and a second outfit in the UAE, EMAL, offers 720,000 MTA to the market.

The GCC is projecting a 19% share of the global metals trade by 2016, a resounding prospect considering how recently established most of the regions operations are. An interesting driver to the rate of production is the cyclical nature of the provision. With real estate development operating at a steady uptick, the need for locally sourced metal production has become most imperative. As the FIFA World Cup 2022 is scheduled to take place in Qatar, the country requires a swell in aluminum production to support the necessary construction. The call for an increase in aluminum production to fuel grand infrastructure projects has been heeded. GCC aluminum production totaled 3.69 million tons in 2014, an 18 percent increase on the previous year.

The steel industry has similarly been a source of diversification in the GCC though its bearings date back even further. Jeddah Steelworks of Saudi Arabia began to produce reinforced iron in 1966. As one of the first industries in the Gulf, Jeddah’s production facilities were among the first to spotlight the mining possibilities of the GCC. Investment grew for decades, resulting in a range of steel producers large and small represented by all GCC nations with the exception of Kuwait. The global steel industry took a tremendous hit during the real estate crisis of 2009 affecting a detrimental downturn in the Gulf. Dubai’s enormous real estate market was most affected by the crisis, resulting in the abandoning or postponement of $1.5 billion in steel projects.

Most small and independent steel contractors were unable to survive the slump, amounting to industry wide consolidation. This refocus has accompanied a turn around that has all but remedied the effects of the crisis. Saudi Arabia continues to lead the sector in the GCC, promoted largely by a domestic construction boom. One of the few independent producers functioning on a large scale is the $3 billion Al Rajhi Steel complex, operating in Saudi Arabia’s King Abdullah Economic City. 49 percent of all GCC steel mills are Saudi Arabian with the UAE just behind commanding a 36 percent share of manufacturing. The market’s rebound operates with an encouraging backdrop of continued growth across the sector. 184 steel mills are in the GCC compared with 100 mills in 2000 while a commanding $18 billion of steel project funds are in various states of development.

GCC nations have long recognised the delusion in relying solely on fossil fuel production. The continual depletion of hydrocarbon fuel has created more of an urgency to create variety among the GCC’s returns. The construction and metallic industries have proven counter beneficial and are experiencing immensely increasing profits that are offering a range of sustainability most enticing. The need for aluminum and steel are climbing on par with the construction industry’s gains and creating a boom of diversification, employment and revenue that amount to just what the GCC has envisioned.

Tags:
Previous Article
Behind the wheel
Next Article
Creating inspirational environments through impressions on concrete surfaces