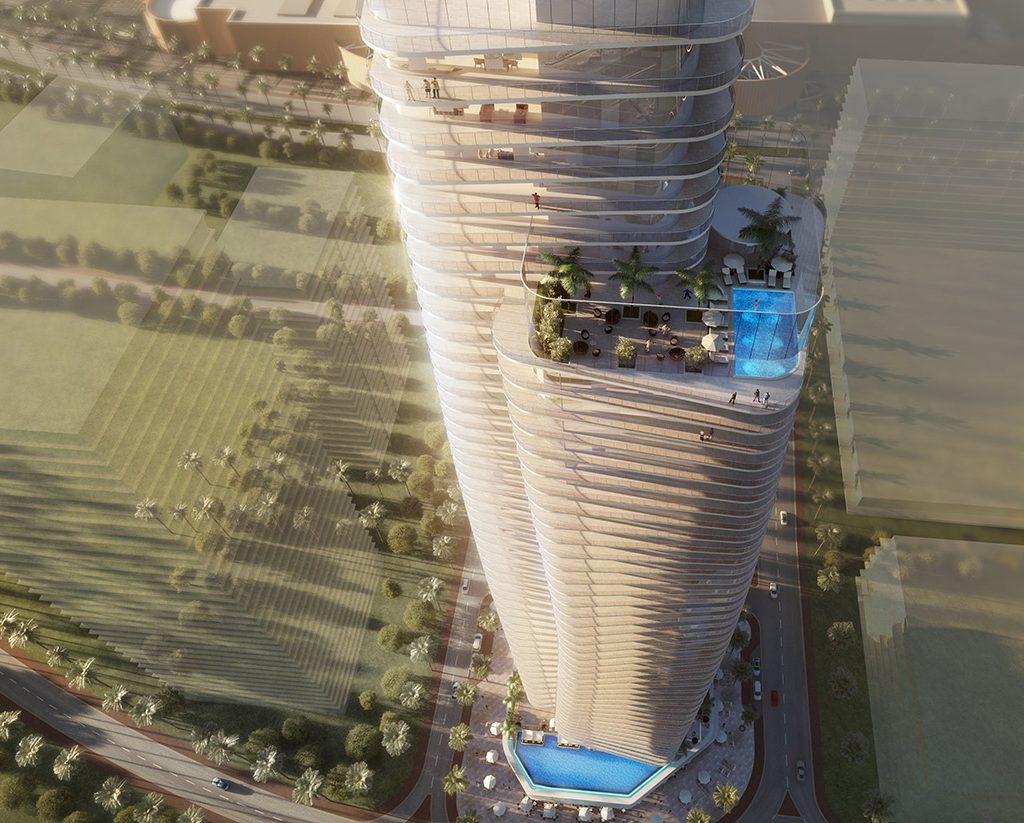 RP Global’s CEO, Dr Ravi Pillai, talks about the prospective growth in Dubai’s economy and its effect on the property market amid the company’s groundbreaking ceremony for upcoming residential tower, RP Heights

The CEO and Chairman of RP Group of Companies, Dr Ravi Pillai, along with some of the company’s officials welcomed key players in the real estate industry for the groundbreaking of its upcoming residential tower project, RP Heights, on May 5 this year. RP Global, part of RP Group of Companies a global business conglomerate with an annual turnover of over US$4 billion, used the event to mark its entry into the real estate market in Dubai.

The company aims to develop two projects in the heart of the city. The first project, RP Heights, is worth $1.5 billion and will be located in Downtown Dubai conveniently located next to The Dubai Mall. The construction contract award for this project has not yet been awarded however it has been announced that the building will be ready for occupation in the last quarter of 2017.

The second project, RP One, will be unveiled in the second half of this year. It is said to be a mixed-use development worth $1.1 billion will be located on Sheikh Zayed Road close to Business Bay Metro Station.

Pillai says that the two RP Global projects will have optimal floor area ratios, high ceilings and large balconies that add to the quality of life of residents. “We are committed to delivering the highest service standards to our customers across all touch points. Already, there is significant demand for our projects, which is a mark of investor trust in RP Group’s strong industry credentials.”

The company’s approach to real estate development is highlighted in its mission – ‘Live Beyond.’ Pillai says that their projects will uphold high standards in sustainability with a focus on promoting energy use efficiency. “It will also draw on the latest in technologies including high-speed connectivity to reflect the Smart Dubai vision.”

He explains that what sets RP Global apart is the group’s ability to bring unmatched development synergies through their own construction firm, Gulf Asia Contracting. This, according to the CEO, will ensure strong returns, the highest standards in construction and a firm delivery schedule. “We will pass on this additional value to our customers, who will become part of this development built to the highest standards of quality and sustainability.”

The land on which RP Heights is being constructed in Downtown Dubai is owned by RP Global, who will be using its own internal financial resources for the project.

According to Pillai, Dubai has a strong economy with robust economic fundamentals which is ideal for investing in property. He says: “Dubai is a global hub for business and leisure, and the economy is growing at about 5%. With the population is expected to increase by 50%, all the growth sectors – retail, tourism, hospitality, aviation and logistics – are booming. Preparations for the World Expo 2020 has further catalysed the economy.

“I have studied the market thoroughly and I believe that now is an ideal time for RP Group to invest in Dubai’s property sector.”

Even with the drop in oil prices, the chairman assuredly believes in the company’s “strong financial fundamentals,” as they fund most of their projects through internal sources.

Pillai says: “With the current population of over two million expected to grow to three million by 2020, and the city’s status as a business and leisure hub, the property sector of Dubai has strong growth prospects.”

He also praises the strategic growth initiatives announced by His Highness Sheikh Mohammed bin Rashid Al Maktoum, UAE Vice President and Prime Minister and Ruler of Dubai, has boosted international investor confidence. He adds: “Today, Dubai is one of the world’s best investment destinations for property compared to Singapore or Mumbai.”