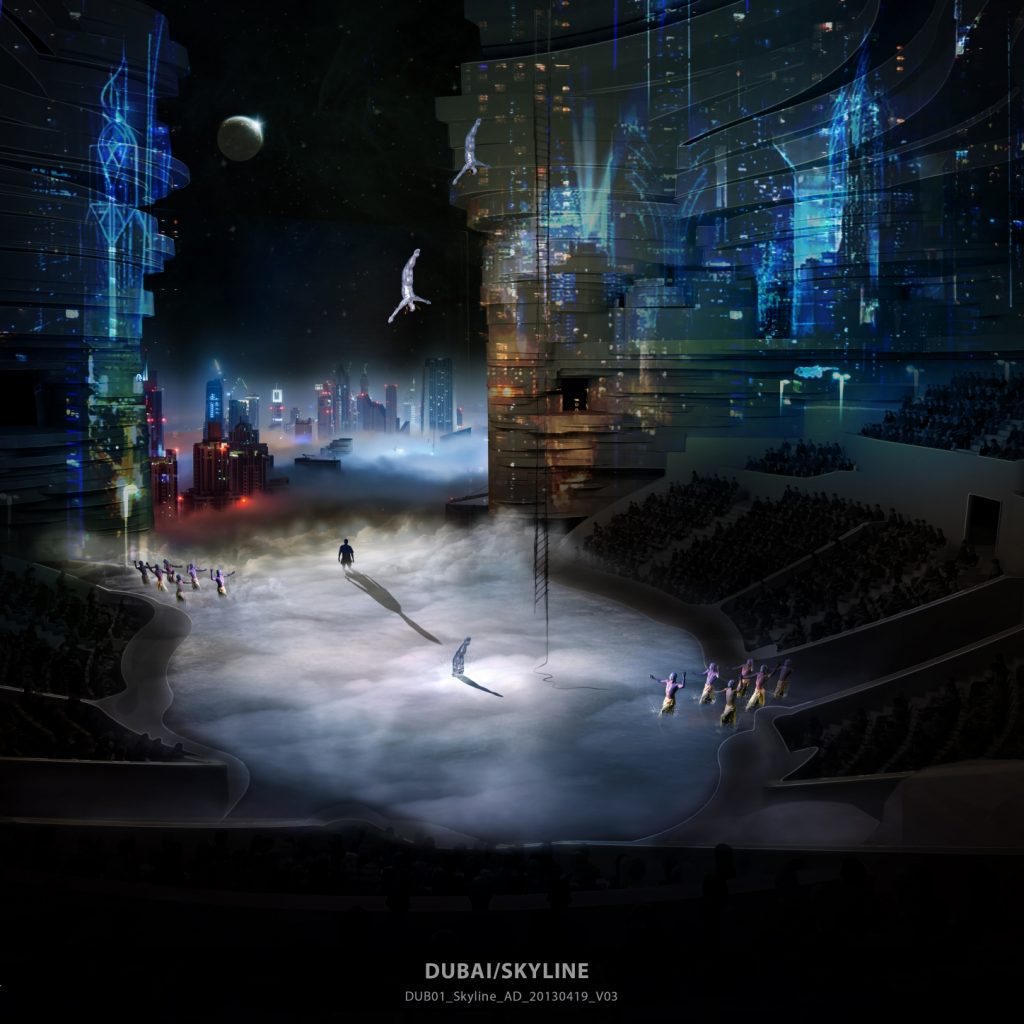 The opening of Dubai Opera in August marked a watershed for the cultural scene in this City. The Atkins-designed theatre has already proved a huge hit with cosmopolitan audiences previously deprived of a world-class entertainment venue.

A new 1,300 theatre is set to take show business in Dubai to the next level. La Perle in Al Habtoor City will become home to the regions first permanent Cirque du Soleil-style show when it opens its doors this summer.

Approaching the bridge over the canal on Sheikh Zayed Road (SZR) you cant fail to notice the imposing hotel and residential complex. What you wont see is the ongoing construction of a new type of entertainment space nestled between the St Regis, Westin and W Hotels. With an entrance through the W, La Perle has been designed to host a show created by Italian-Belgian theatre director Franco Dragone, who has launched a number of similar shows in major cities such a Macau, Paris, Las Vegas and two in China.

Steven Dubuc, Construction Project Manager with Dragone, recently gave Construction Business News a tour of the unusual venue as it entered the final stages of construction. Dubuc worked for Dragone on the two projects in China and prior to that he was with Cirque du Soleil for 15 years. Vastly experienced, he estimates he was involved in constructing around 70 percent of these types of venues in Las Vegas.

The themes of the show will draw heavily on Dubais history and culture. Even the name La Perle, refers to the citys heritage as a centre for pearl diving and trading. This has influenced the design of the interior, a process that began with well-known French set designer Jean Rabasse.

The way this works is a little bit different from the design of a standard theatre like Dubai Opera where you have an architect that designs the building and then you put on different shows, he explains. This theatre is designed specifically for one type of show.

La Perle certainly features a number of unusual design elements that youd be unlikely to find in a typical theatre. To start with there is a wet stage, a steel structure built over a water basin that is five metres deep in the centre and two metres deep around the perimetre. The perforated stage floor allows the water level to be raised within 60 seconds by releasing water from a tank located high up in the venue. From a special apparatus fixed 25 metres up in the eaves of the building, performers will then dive into the pool below.

Another stand out feature of the ultra-high-tech space is the enormous automated proscenium doors that stretch almost the full length of the 33 metre high building. Despite the lofty ceiling, overall the space manages to remain relatively intimate with the audience almost encircling the stage.

Al Habtoor Group hired specialist theatre consultants Auerbach Pollock Friedlander (APF) to work with Khatib and Alami (K&A), the engineers and architects of record for the entire Al Habtoor City project. Dubuc and APF have collaborated on a number of similar projects over the years.

They are the ones that sit with the architects and explain things such as the need for extra capacity in the roof because we have to hang things from the ceiling. All that engineering is being done by K&A with input from APF and Dragone, he says.

Every space has its own difficulties, he adds. Here one of them was that K&A and (construction contractor) HLG had never built a theatre before. When youre building a hotel its cut and paste. But no two square metres of this building are the same so its very difficult to get a rhythm going with the labour force. You have to watch them all the time because its a more complex building.

Access to the building posed another challenge for contractors. The theatre is locked between hotels on three sides so the only point of access was from the side of the building facing the residential towers. Incredibly, that access has now been sealed off and the space is enclosed bar a few entry points that are too small to get large equipment through.

We have kept a hole in the wall thats covered by a finished hotel and when we need to bring our scenic pieces in they will have to unbolt a finished wall to let us bring them inside the building before closing it back up again, Dubuc says.

Access issues have posed an additional logistical headache. For example, the proscenium doors had to be assembled inside the building before being lifted into place. A special drawbridge that gives performers access to the stage had to be assembled on scaffolding because the floor was not built yet.

Though the site is busy 24/7, the bulk of construction happens during the day with clean up and dismantling taking place at night. When Construction Business News visited HLG had around 250 workers on site while steel and structural contractor Cleveland Bridge had around 40-50 workers, down from a peak of 350. Though the show does not open until mid-2017, the theatre will need to be finished well in advance to allow for rehearsals and testing of all the specialist equipment.

Dubuc arrived onsite in May but his involvement on La Perle goes back much further than that.

I worked on the project when it was in the concept phase, he explains. Then I left Dragone for a year and when it was time to oversee the final 8-10 months they asked if I was available to come back, so I did.

The project might be drawing to a close, but Dubuc wont necessarily be leaving town when its done.

I have another offer here in Dubai so well see, he says.

One thing looks certain though; this wont be the last venue of its kind to be built in Dubai.