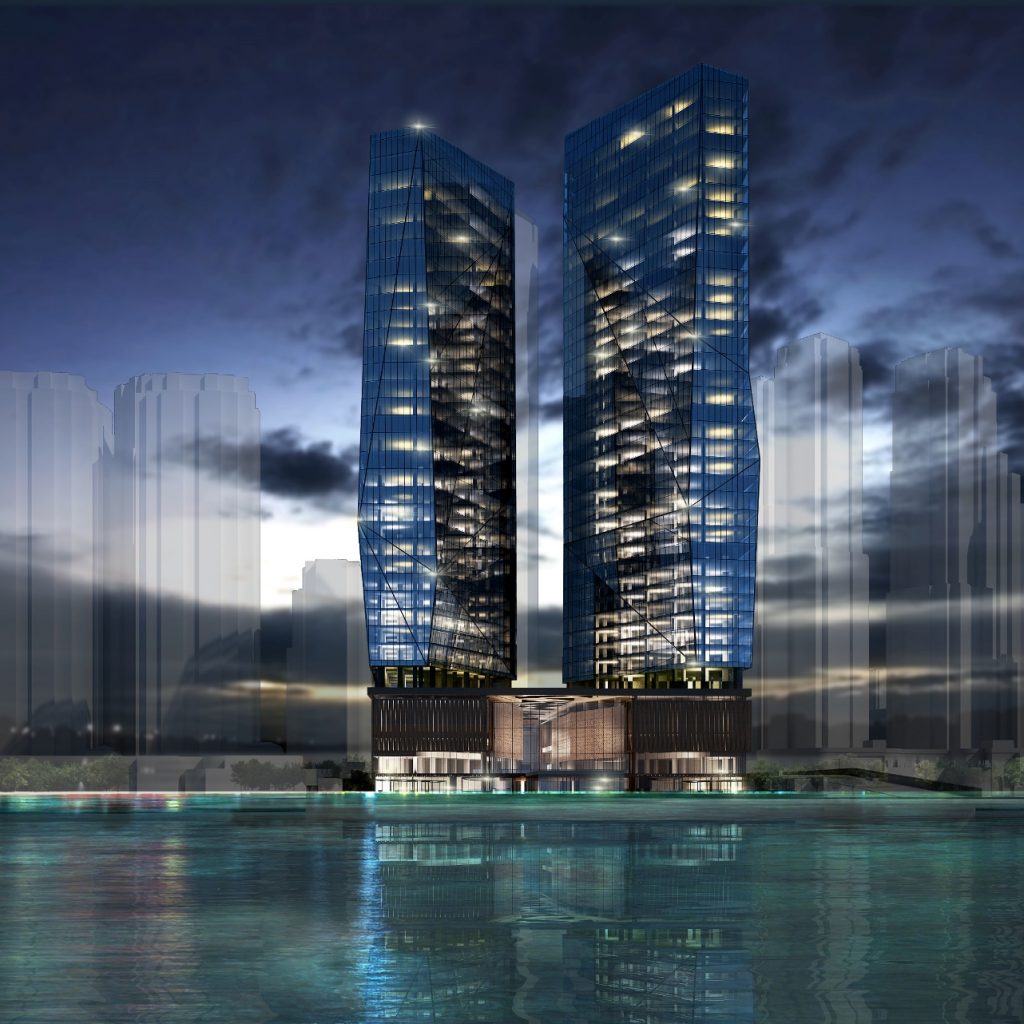 Melkan Gursel Tabanlioglu, partner at award-winning Turkish firm Tabanlioglu Architects, speaks with Construction Business News ME about its upcoming project in Dubai Marina, Crystal Towers, and how culture and sustainability play a major role in design

Located between the beach and the vibrant JBR in Dubai Marina, upcoming Crystal Towers designed by Tabanlioglu Architects will offer a 360-degree panoramic view of the city. Inspired by precious stone, the structure is designed with dissimilar triangles and differing angles at horizontal and vertical forming the façade resulting in a crystal-like surface intended to reflect the sea.

The 35-floor apartment tower and 30-floor hotel complex of total built up area of 1,696,957 sq.ft and completely framed in a glass skin is developed by Al Fattan Properties.

Melkan Gursel Tabanlioglu, partner at Tabanlioglu Architects, says that Crystal Tower, like other major projects, has a contemporary urban architectural finish with free-form living spaces. The project will present urban facilities such as restaurants, high-end shops, spas, and more located in the lower levels of the two towers.

Construction work on the project began two years after it was announced in 2012, and it is currently in its final stages of construction. Once completed, the project will be operated by Rixos Hotels in mid-2016.

Tabanlioglu says: “Since the crisis in 2008, Dubai has made very smart investments. I truly believe Crystal Towers is one of them.”

The firm takes an international approach to architecture and technology to ensure top-notch quality. According to her, one of the key ways to get ahead as an architectural firm is to be innovative and sustainable.

She explains: “Most projects in markets across the world tends to look the same. If you browse the internet, a tower in China will look the same as a tower in the US or UAE.”

She aspires to avoid this replication and says that her firm gives a lot of importance to standing out in the crowd. “The only time we consider a project is when there is something different about it. You can’t replicate similar designs across the world, some essential factors like people and culture are different across regions.”

Tabanlioglu believes that before starting a project anywhere in the world, it is useful to look into the culture. “We need to make sure what we design reflects the people and the country.

“It is smarter to design a project after considering the specification of the local people and materials available.”

The firm has been in the GCC for over a decade, it has an office in Dubai with 25 employees and an office in Doha with 10. Tabanlioglu says that the GCC is very special for the firm. “It is very different from the rest of the world, unlike London or other western cities, the population is growing every day and there is a lot of demand for projects.

She adds: “Being an architect in this region is very exciting because the limits reach the sky.”

The firm has been recognised several times this year for its innovative and sustainable designs. Three projects across the region were even shortlisted at this year’s Cityscape Awards for Architecture in the Emerging Markets including: Astana Train station, Dakar Congress Centre and Qent Isitinye.