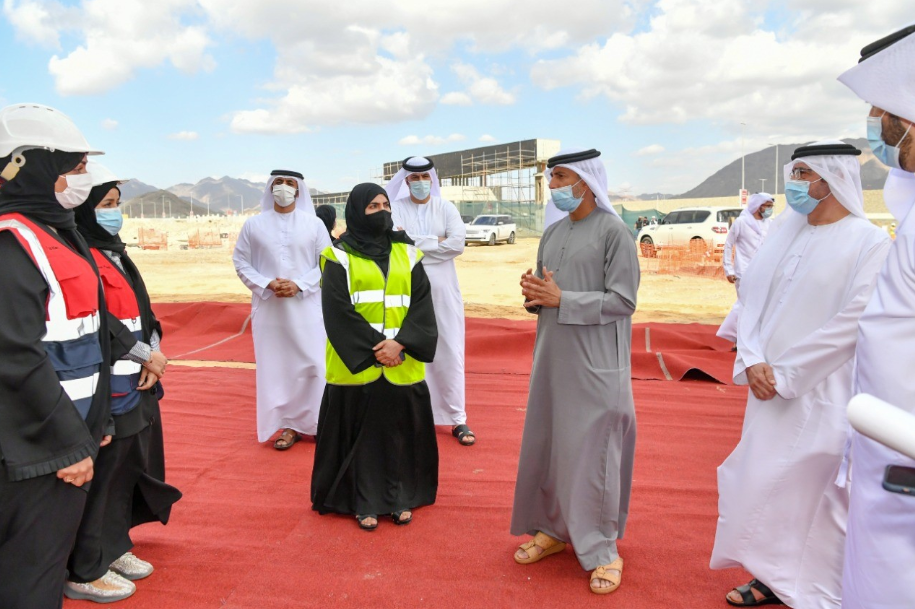 The project are part of the 2018-23 five year plan, which includes the Ministry’s investment programme and the projects undertaken by the Follow up Committee of the Initiatives of the UAE President.

Al Mazroeui made his remarks as he toured a number of projects being carried out on the East Coast. He was accompanied by Hassan Mohammed Al Mansouri, the Ministry’s Under-Secretary for Infrastructure Affairs, and other senior officials.

The projects included the AED96.7 million new headquarters of the Fujairah Police, along with the upgrading of the existing Sheikh Hamad bin Abdullah Road, at a total cost of AED250 million. The project entails construction of new intersections, as well as three car tunnels and three pedestrians underpasses.

Al Mazrouei also inspected progress on the project to upgrade Meliha Road, off Sheikh Khalifa Highway, the E99 Road, to link the two roads and to illuminate them using energy efficient LED lighting.

At the end of his tour, Al Mazrouei pointed out the Ministry’s projects to develop the capabilities of young Emiratis and ensure that they are well prepared to handle all aspects of planning, designing and executing future developmental projects.