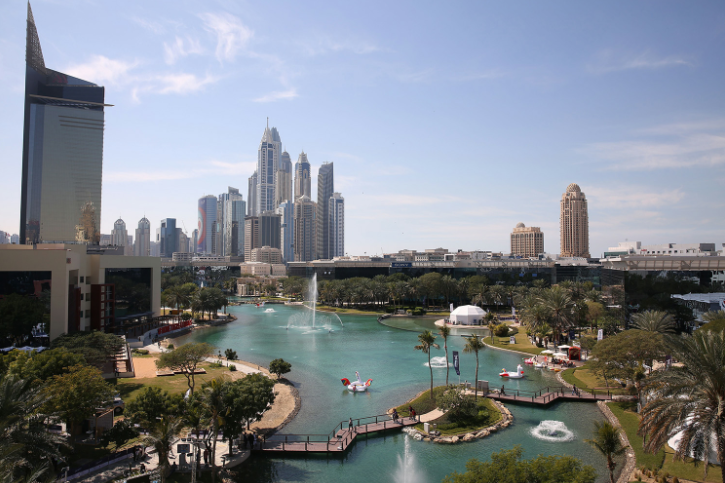 Leading experts in immersive technologies today commended Dubai’s business environment and the role it plays in enabling them to connect with top global companies to share knowledge and exchange expertise, as well as its efforts in encouraging the adoption of these technologies to overcome major challenges in the construction industry.

Their comments were made at a webinar as part of a series hosted by Dubai Internet City, titled ‘Immersive Technologies in Architecture, Engineering and Construction Industries’. The experts added that Dubai is home to top-notch companies, operating within the Fourth Industrial Revolution model, that focus on the sustained integration of immersive technologies.

Webinar participants discussed the growing interest in AR and VR technologies with the aim of improving operational efficiency, reducing costs, and overcoming the skills gap, and pointed out that innovation is the core driver in enabling AEC companies to prepare for the Fourth Industrial Revolution.

Daniel Khayat noted that the world is witnessing an integration of different sectors and the increased utilisation of technologies in diverse fields. He said although immersive technologies were first used within the gaming sector, they have now overlapped into other sectors, including architecture, engineering and construction.

Speakers also highlighted the growing uptake of immersive technologies in AEC sectors and the importance of these technologies that rely on 3D simulation to enhance sales and further develop marketing tools that will transform the way business is done. They added that immersive technologies can create more attractive experiences through combining the physical and virtual worlds. In doing so, they allow users to engage in discussions, add their own comments, review complex systems, evaluate problems, change building models in a virtual environment, and improve communication among team members. Such solutions are currently facilitated by companies like Autodesk that integrate products of other companies within its platform to help engineering teams coordinate, plan and solve problems virtually.

For his part, Sorin Bularca highlighted the relevance of immersive technologies that include AR, VR and MR technologies in improving the visual representation of projects and in ensuring the final output is more professional and engaging.

He also discussed the role of immersive technologies in training, simulation and presentations, drawing on the example of a gas company that trained its workers to understand its facility before construction was complete through introducing them to the different departments and equipment virtually. Sorin also cited the example of utilising immersive technologies in the construction industry via an application that made it possible for facility managers and construction teams to ‘see trough walls’ by overlaying 3D digital models of ducts and pipes on real buildings, giving them the capability of locating building services for coordination or maintenance.

In his intervention, Michael Naguib told the audience how it is now possible to develop immersive technologies from just still rendered images and ensure that they simulate reality with a much larger degree of accuracy than was previously possible. He attributed this achievement to advanced computers that improve the process of rendering to generate 2D or 3D photos from previously entered data. Naguib added that this rendering process was developed in his company – enabling an acceleration from 90 frames per hour to 90 frames per second, thanks to the use of real time rendering images.

Addressing live attendee questions, the speakers concluded saying that the next turning point for immersive technologies will come from further advancement of the technology and greater price reduction of supplementary applications and equipment.