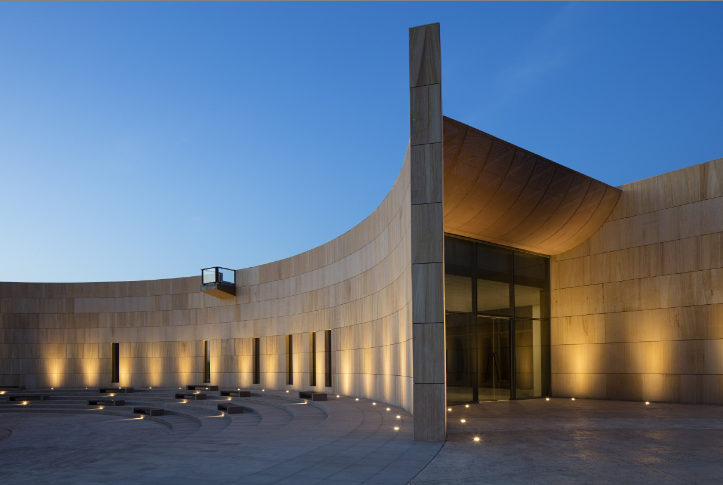 Sharjah Investment and Development Authority (Shurooq) has announced the launch of the second season of its virtual architectural talk series, Sharjah Designscape, where eminent UAE-based and international industry experts will lead discussions on the current architectural landscape within Sharjah while also exploring the future outlook and transformation of this field around the world.

The bi-weekly series will be held virtually at 7pm on Tuesdays starting November 24, 2020 with the sixth and concluding session of the series being held on February 02, 2021. From new approaches in landscape and modular architecture to designing sacred spaces and dramatic bridges, experts will delve into emerging ideas, concepts, and designs while emphasising architecture’s capacity to surprise.

The architectural talk series commences with a session titled, ‘Building a Sacred Space’ where experts will discuss the challenges of designing spaces of worship that are both functional and fall within the framework of rules encompassing each religion.

On December 08, at the session ‘Bridging the Gaps’, speakers will explore ambitious concepts and feats of engineering that mark the design of bridges today, and will delve into how these structures have moved on from its traditional role of facilitating connections to now becoming a symbolic expression of enhancing our experiences of a place.

The discussion on ‘Landscape Architecture’ on December 22 will centre on whether landscape design ought to be a supporting element or it should be designed as an integral part of architecture. The New Year will begin with the session ‘Designing after Temporary’ on January 05 where speakers will discuss how to design for past temporary stadiums, sports complexes, and arenas.

With modular building concepts on the rise, the session titled ‘Modular Architecture’ on January 19 will explore how forward-thinking projects are offering an efficient and sustainable approach to building.

The right approach and strategy to consider when choosing materials and fabrication will be in focus on February 02 at the concluding session titled ‘Materialising Architecture’.

She continued: “Building on the success of our first run on the Sharjah Designscape earlier this year, attendees and speakers were encouraged with the breadth of information and data shared on the volume of influence architecture can have in our lifestyle and wellbeing. For those who look upon architecture as an artistic discipline, the conversations with leading architects and designers for this second season will help shed new light on leading concepts in urban design and architectural practices.”

Shurooq, which has been credited with inspiring a sustainable movement in the architectural landscape of the emirate of Sharjah, had launched Sharjah Designscape in June this year where the weekly webinars focused on the current architecture landscape in the emirate as well as the social, environmental, and regenerative sustainability responsibilities of architects today. Experts also led the discussions on the path ahead for architecture and design practices, and the challenges in planning and designing future cities.