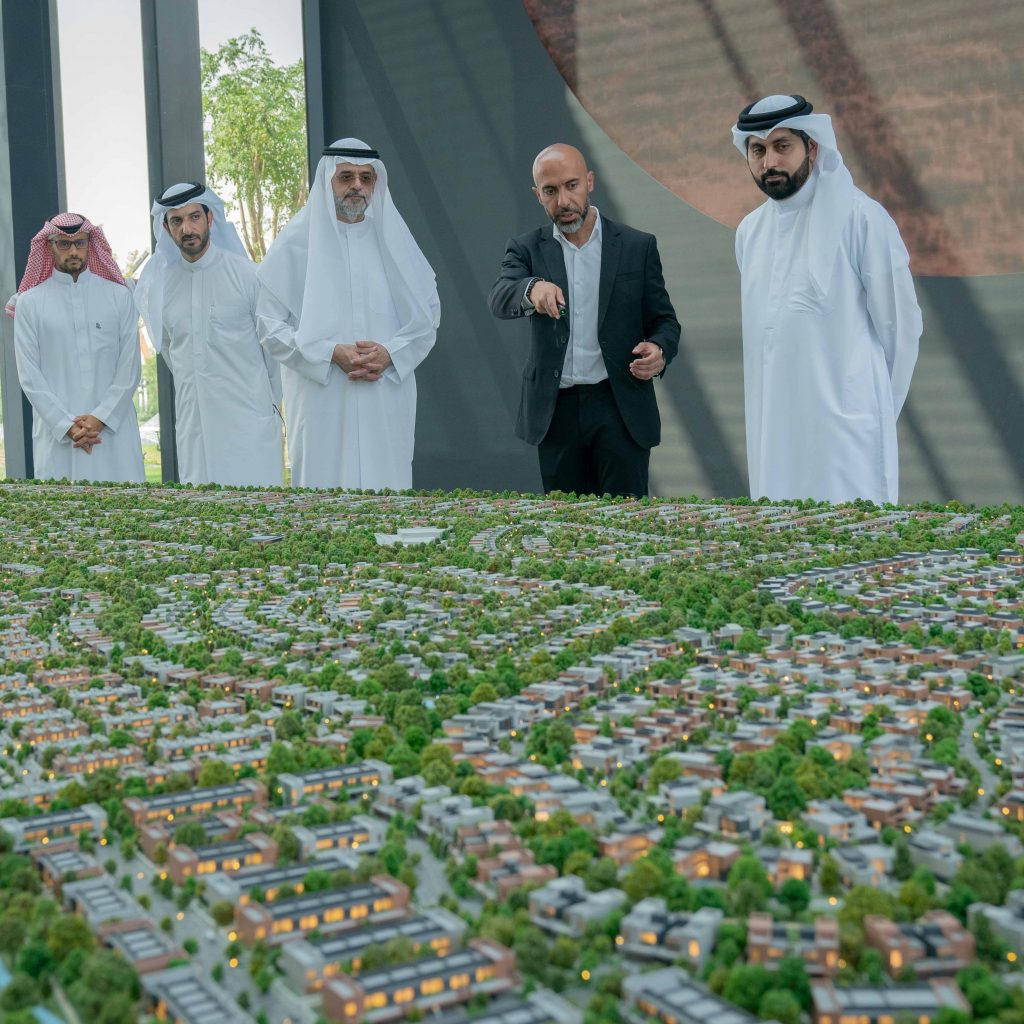 The tour has also covered a children’s adventure playground, an outdoor amphitheatre, a children’s waterplay area, and a skate park, alongside the second location of the popular Zad food truck park, all of which are set in lush green landscaping. Also open to the public is the community’s first completed home, the Masaar Show Villa, which can be reached via a forested walkway.

An architectural statement in itself, the Masaar Discovery Center is characterised by open space, abundant natural light and different experiences showcasing the features of the upcoming community. Thanks to a double-height glass façade, visitors can see impressive vistas of the woodland at any point within the building.

HH Sheikh Sultan bin Ahmed Al Qasimi, Chairman of Arada, said: “This is a landmark moment for Masaar that marks the first phase of delivery at Sharjah’s exceptional woodland community. From today, we look forward to welcoming visitors to enjoy the amenities, which we are confident will enable Masaar to become an entertainment hotspot for families in Sharjah.”

HRH Prince Khaled bin Alwaleed bin Talal, Vice Chairman of Arada, said: “When we launched Masaar, we made a promise to our buyers that we would deliver a lifestyle that is unmatched anywhere else not just in Sharjah but the wider UAE. Today we are starting to deliver on that promise and giving members of the public an opportunity to see first-hand what the experience of living in this transformational community will be like in the very near future.”

The next milestone for delivery in December will be the completion of the Masaar buffer zone, the border that runs around the outside of the community. This zone will contain thousands of trees and feature two professional looped cycling and jogging tracks, each 6.6 kilometres in length. The entertainment district at the heart of Masaar will also contain a retail centre with a gym and a variety of dining options.

With eight gated districts containing 4,000 villas and townhouses, Masaar’s signature feature is a ‘green spine’ containing 50,000 trees. Construction work is under way to build Sendian, Masaar’s first residential district, which is scheduled to be completed in summer 2023. The construction contracts for both the second residential district, Kaya, and the third, Robinia, will be awarded before the end of the year. The opening of the Masaar Discovery Center coincides with another milestone, as Arada has just reached 1,000 home sales in the community.

Masaar is ideally located in the up-and-coming Suyoh district, close to Tilal City, the Sharjah Mosque and Arada’s first project, Nasma Residences. The community has easy access to Emirates Road and Mleiha Road, and is 15 minutes’ drive from Sharjah International Airport, and 20 minutes’ drive from Dubai International Airport. The location is ideal for a convenient and traffic-free commute from Sharjah to Dubai or the Northern Emirates.