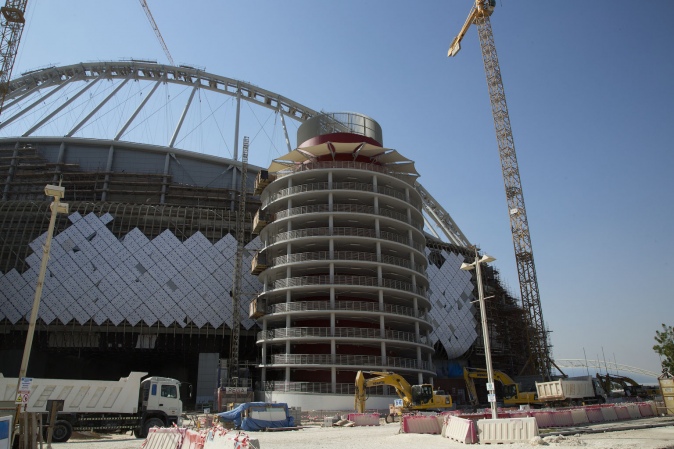 Qatar is spending almost $500m a week on major infrastructure projects as it gears up to host the 2022 Fifa World Cup.

Spending is likely to continue at the same rate for the next three to four years as the country builds towards the event, finance minister said Ali al-Emadi said.

As well as a number of new stadiums Qatar busy investing in roads, rail links and hospitals. The final bill could come to an incredible $200bn, al-Emadi told reporters at a press conference last month.

90% of the 2022 contracts have already been awarded, added Emadi. That doesnt mean the stadiums only, we are talking about highways, rail, ports, airports, those are really underway, even hospitals and everything.

He added: We are really giving ourselves a good chance of delivering things on time and we dont want to get in a place that we start painting while people are coming to the country.

Qatar will build nine brand new venues and renovate an additional three. Construction is underway on more than half the new venues.

Work on the first venue  Khalifa Stadium  will be completed this year and all stadiums are expected to be finalised by the end of 2020.