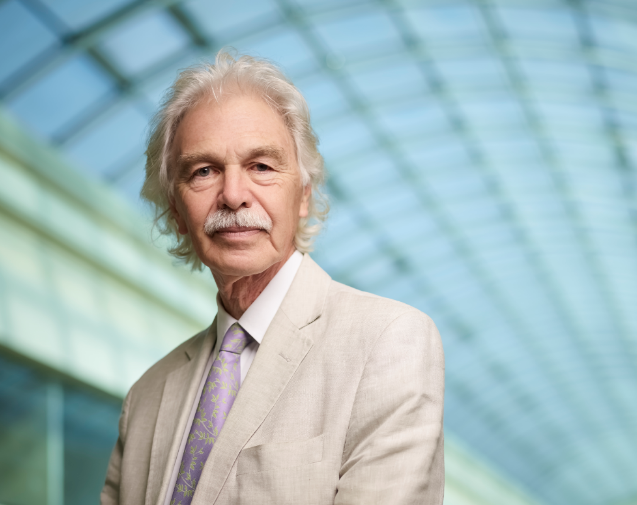 Brian has maintained an almost constant presence in the Gulf region since 1975 and in 1989 he opened the GAJ headquarters in Dubai.

With more than 40 years of regional experience to his name, Brian’s influence on modern Middle Eastern architecture is undeniable. His body of work comprises some of the region’s most recognisable and prized buildings. Among them is the Dubai Creek Golf Club, widely recognised as one of Dubai’s first architectural icons – so much so that it features on the 20 dirham note.

Recognised as one of the most distinguished architects in the region, Brian is credited with having set in motion a countrywide trend in the UAE to incorporate traditional Arabic and Islamic themes into modern architecture.

His distinctive style and uncompromising resolve for design excellence has made Brian and GAJ a preferred partner for many distinguished projects and has resulted in the firm winning a number of prestigious design awards.

Brian told CBNME: “In addition to the obvious milestones of successfully completed projects, over the years GAJ has established a number of internal departments all of which actively complement the architectural heart of the practice. The first was the establishment of an Interior Design Department which has continually won awards for high quality and unusual design solutions, followed by the acquisition of a fully functioning MEP team which has evolved over the years to be one of the most highly regarded in the region and, most recently, the Specialist Lighting Division which continues to add value to all we do.”