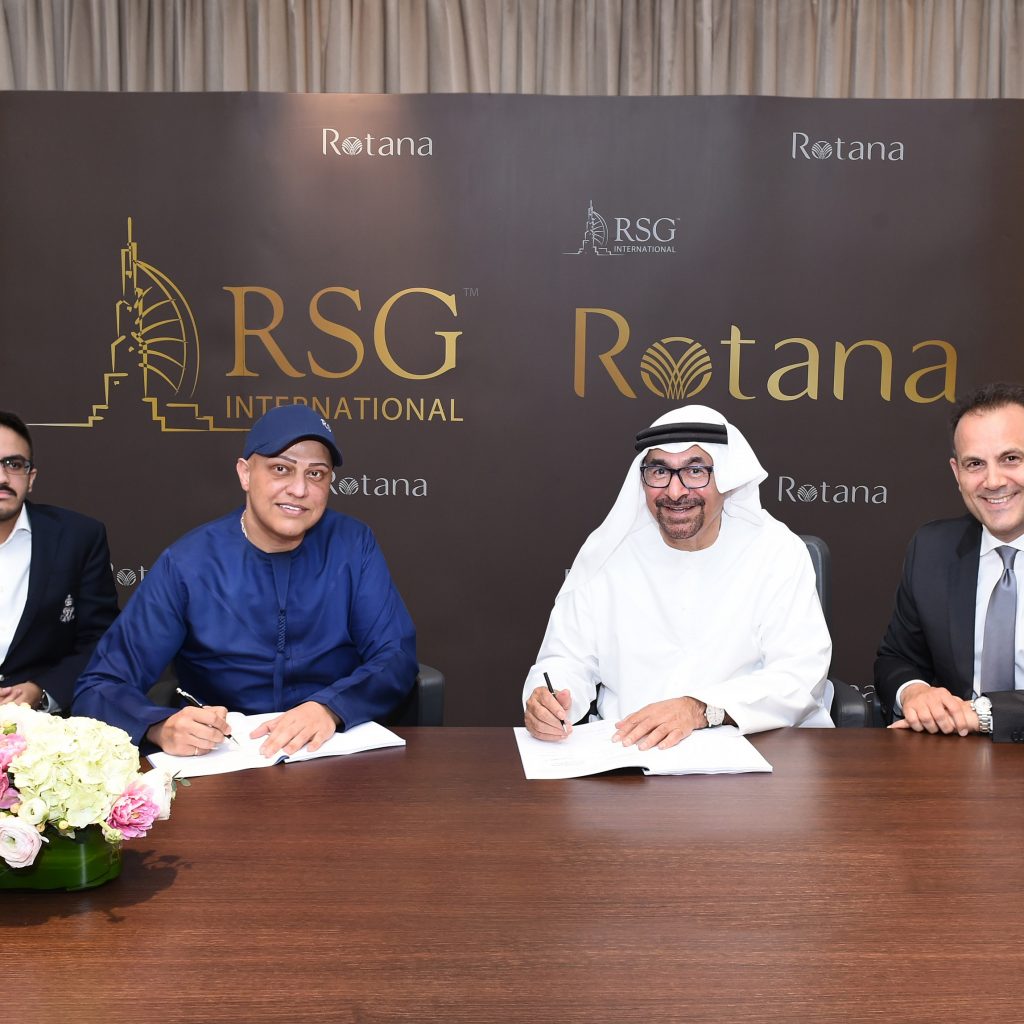 A hotel management agreement between two major players in the hospitality industry has paved the way for construction of a 54 storey tower on Dubais Sheikh Zayed Road.

The 534-room five star property in Sufouh Gardens is scheduled to open in the second quarter of 2020.

The agreement was signed by Raj Sahni (Abu Sabah), Owner and Chairman of RSG International, and Nasser Al Nowais, Chairman of Rotana.

Towering over the Al Sufouh landscape, Sabah Rotana will be in the vicinity of the planned Jumeirah Central district opposite the Mall of the Emirates.

The hotel will feature 210 rooms in addition to 10 executive suites and two presidential suites. The hotel apartments meanwhile will include 260 one-bedroom and 52 two-bedroom apartments.

A car park spread across basement and podium levels will accommodate up to 800 vehicles.