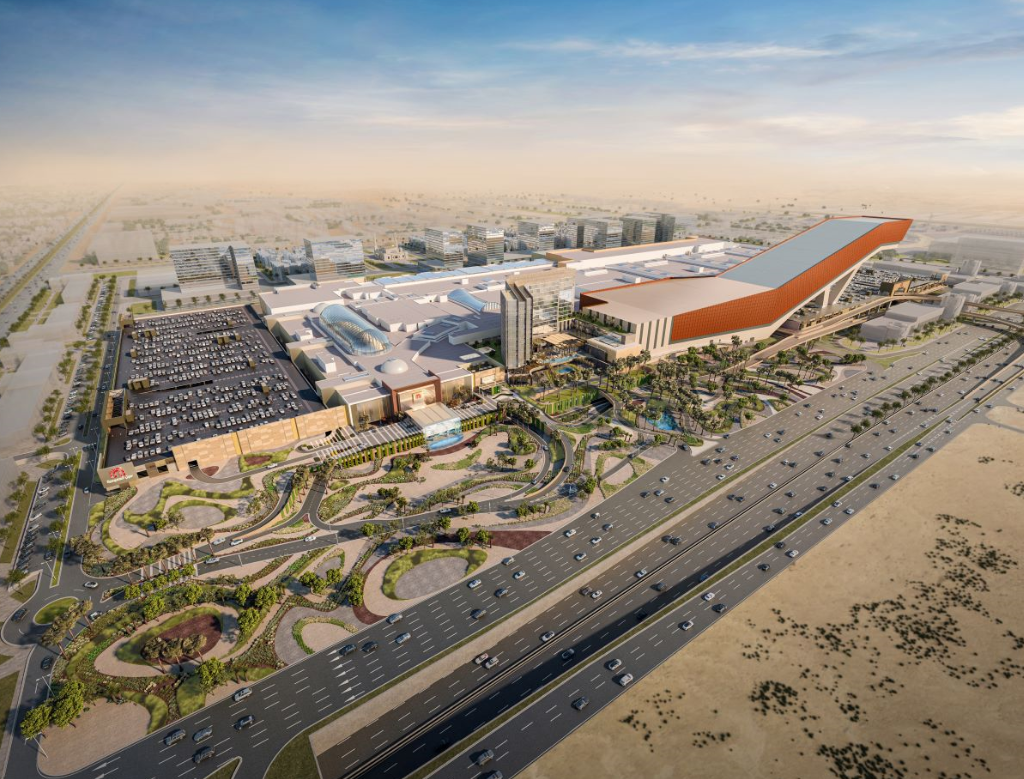 Majid Al Futtaim, the leading shopping mall, communities, retail and leisure pioneer across the Middle East, Africa and Asia, announced today that it has awarded a four-year contract to global infrastructure consulting firm AECOM to provide lead consultancy services for its flagship Mall of Saudi development.

With the project set to break ground in Q4 this year, the announcement marks an important step in further delivering Majid Al Futtaim’s master-planned landmark mixed-use development, Riyadh North. The development is situated in the fastest growing zone in the city and provides an unparalleled gateway to brands and partners who are seeking to access a dynamic young population with a high appreciation of best in class retail, leisure and F&B.

AECOM’s contract will see the firm deliver Lead Design Consultancy for pre-contract and post contract construction supervision for Mall of Saudi which is expected to house over 600 stores across 300,000 m2 gross leasable area. Mall of Saudi is envisaged as an integrated lifestyle destination that will host the largest ski slope and snow park in the Middle East, luxury hotels and branded residences covering approximately 2,000 keys and spanning 214,000 square meters of built-up area.

The Mall will feature a flagship Carrefour hypermarket and 31 VOX Cinema screens, including the world’s largest IMAX, and a Magic Planet. To date, leasing progress for the flagship retail space stands at approximately 50% of the gross leasable area for both issued and signed proposals, excluding Ski Saudi.

As the retail component of the SAR 16 billion Riyadh North development, Mall of Saudi reinforces Majid Al Futtaim’s long standing commitment to the Kingdom of Saudi Arabia and its contribution to Vision 2030. This commitment is exemplified through the creation of approximately 70,000 direct and indirect jobs during construction, and approximately 16,000 direct jobs during the operations of the multi-phase development.

Ahmed Galal Ismail, Chief Executive Officer at Majid Al Futtaim – Properties, said: “The contract appointment with AECOM marks a major milestone for the Riyadh North development and is a meaningful step in the progression of Majid Al Futtaim’s anchor development, Mall of Saudi. As a long-term private sector partner, Majid Al Futtaim is fully committed to investing in the Kingdom and ensuring that its retail, leisure and real estate projects play a meaningful role in contributing to Vision 2030. We look forward to breaking ground on this exciting project in Q4 this year, bringing us closer to ensuring Riyadh takes its position on the global map as a top 10 city destination and to unlocking future foreign direct investment by acting as a landmark global development.”

Hamed Zaghw, Chief Executive, AECOM Middle East & Africa, commented: “We are delighted that Majid Al Futtaim has chosen AECOM to deliver its flagship retail destination in Saudi Arabia. The award is testament to our strong relationship with Majid Al Futtaim and their trust in our integrated offer, global reach, and local knowledge. The win reaffirms our commitment to supporting Vision 2030 through the delivery of large-scale, transformational projects that create long-lasting impact in the communities they serve.”

Representing the next generation of integrated shopping malls and bringing the latest trends in international design, Mall of Saudi will be the Kingdom’s flagship destination for retail, leisure and entertainment and deliver an outstanding customer experience by leveraging the strength of the Majid Al Futtaim eco-system. Given its location within the city, and with Riyadh already home to the largest retail market in the GCC with a population of 6.8 million and a retail potential of SAR 100 billion, Mall of Saudi will serve as a partner of choice for established and up and coming brands to make their debut in.

Majid Al Futtaim’s contract announcement with AECOM is one in a series of important steps in the development of the Riyadh North development. With a key focus on building a dynamic and sustainable urban living environment, Mall of Saudi will contribute to elevating Riyadh’s position in global city liveability rankings to help the city achieve top 50 status by 2030.