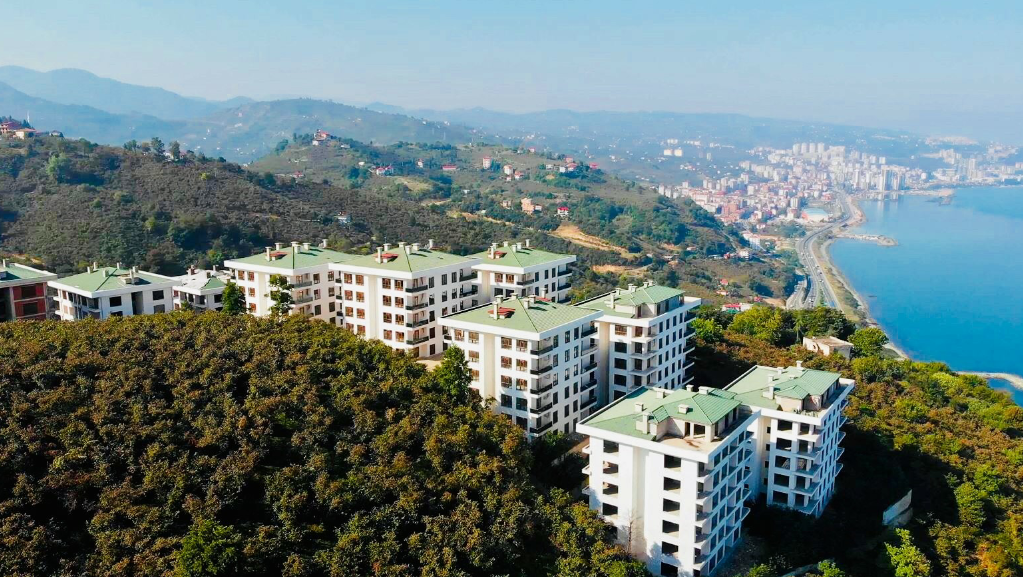 GVG Real Estate Development, which is based in Dubai, United Arab Emirates, announced the start of its phased handover of units at its “Pearl of Trabzon” project. The development, which consists of 11 buildings that include 300 apartments, feature modern facilities, and is located in “Yomra”, a suburb in the Turkish city of Trabzon, also known as “The Bride of the Black Sea”.

The project, which was known earlier as “Trabzon Valley”, witnessed several delays in construction previously due to project management and the contracting company’s failure to adhere to the completion timelines that were set, which led to the suspension of construction operations and affected the interests of investors, most of whom are Gulf nationals. This was followed by GVG Real Estate Development’s acquisition of the project earlier this year and renaming it to “Pearl of Trabzon”, as well as, appointing one of the largest contractors to complete the project’s construction operations and inject the necessary funds to complete it and expedite its delivery to investors.

A spokesman at GVG Real Estate Development said that the company recently succeeded in completing 3 buildings which include 60 apartments which are located in buildings B2, B3 and B4, and began handing them over to investors as of October 2020. He added that work is progressing with a 90% completion rate at 4 other buildings (A1, A2, A3 and A4) that include 108 apartments, and shall be handed over in January 2021.

The spokesman emphasized that the total number that the company will deliver to investors by 2021 will be 7 buildings with 168 apartments, as part of the first phase, while the second phase includes 4 buildings with 132 apartments currently being constructed and the completion rate exceeds 70% with a huge interest from investors.

“Pearl of Trabzon” residences are located at the top of the beautiful “Yomra”, which combines the beauty of the sea and the greenery of mountains. Residents at the project will enjoy uninterrupted views of the meadows, grasslands, valleys, which makes it a truly breathtaking landscape.