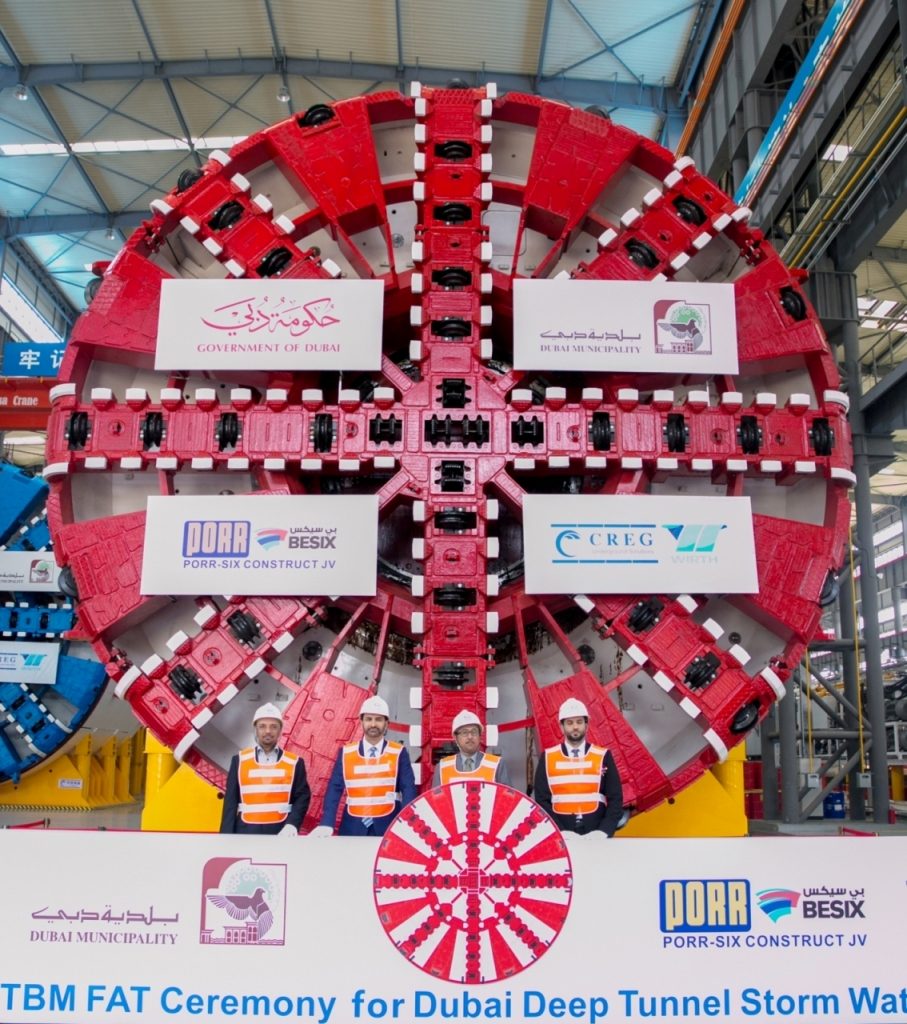 A delegation from Dubai Municipality headed by its director general, Dawood Al Hajiri, visited Guangzhou in China to learn about the stages of manufacturing of the digging machine, to be used for the Deep Tunnel Storm Water System project for Airport City-Expo 2020.

The drilling machine is expected to arrive at the site in October 2018. The excavation will begin in December. The project will be covering an area of 490sqkm, which is almost 40% of the entire urban area of Dubai.

Al Hajiri and the accompanying delegation reviewed the quality standards in the factory in Guangzhou and the production efficiency procedures as well as the technical specifications that characterize the drilling machines.

The project was launched in October last year and is due to be completed by September 2020, as Dubai Municipality is racing to complete the project before Expo 2020. Dubai will be purchasing two large TBM machines for drilling deep tunnels for the project. These machines will be the largest in the region used for digging tunnels that will be used for the purpose of transporting stormwater.

He pointed out that the finished internal diameter of the tunnel will be 10m and that the cutting diameter of one TBM machine will be 11.05m and the average daily drilling will be 19m per TBM. The drilling will be done in two types of soil; the weak rocky soil and clay soil with an average depth of 42 meters. The tunnel with a diameter of 10 meters will consist of eight concrete segments per ring, each 35 cm thick. There will be two segment types  1.6m and 2m wide and each piece will be weighing seven tons. These pieces will be fixed by iron pegs and sealed with epoxy.