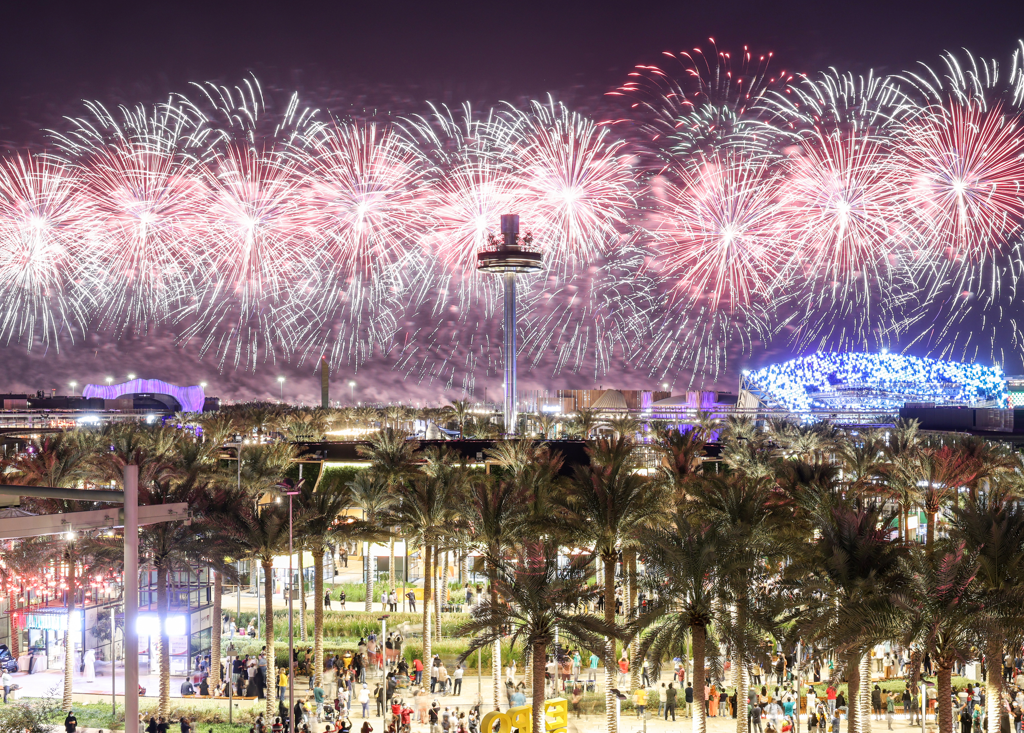 Expo 2020 Dubai has seen a staggering 5,663,960 visits up to 5 December, since it first opened on 1 October, with recent figures buoyed by the UAE’s Golden Jubilee festivities, as well as a raft of spectacular sport, music and cultural performances.

During October and November, a total of 5,383 government leaders, including ministers, presidents, prime ministers and heads of state, have graced the Expo site to speak at official events or celebrate their nation’s Expo National Day, with Expo hosting a total of 10,461 events in just the first two months.

During his visit last week, President of the French Republic Emmanuel Macron, congratulated Expo 2020 Dubai for “organising this exhibition and making it a success”.

Proving that one day isn’t enough to experience everything Expo 2020 has to offer, six out of 10 visitors (57 per cent) now hold an Expo Season Pass, with the number of repeat visitors in the first two months reaching 1.2 million.

Her Excellency Reem Al Hashimy, UAE Minister for International Cooperation and Director General of Expo 2020 Dubai, said: “We are delighted with the figures, and that so many people chose to celebrate such a momentous occasion, the UAE’s 50th National Day, with us here at Expo 2020 Dubai. Two months in, these numbers are a testament to the hard work of everyone involved in Expo, from the hosting of spectacular events that make people want to visit again and again, to the bringing together of global changemakers on a powerful platform for action and collaboration, and – crucially – to our robust COVID-19 measures, which allow us to accommodate such large numbers in a safe, reassuring manner.”

More than a quarter (28 per cent) of November visitors came from outside the UAE, with the top international visitor countries including India, France, Germany, the Kingdom of Saudi Arabia, and the UK.

The Expo School Programme has attracted nearly 250,000 pupils from private and public schools across the UAE who have participated in 10,000 dedicated school journeys encompassing The Legacy of the UAE; World of Opportunities; The Universe in Motion; and The Sustainable Planet, while more talented youngsters have delighted visitors from the stage, as part of Expo’s popular Young Stars and Rising Stars entertainment.

November saw some major crowd-pullers, including the end of Riverdance’s popular run; a spectacular performance from the Accademia Teatro alla Scala; award-winning Pakistani musician Javed Bashir; Egyptian singer Mohamed Hamaki; a KITE (K-Pop in the Emirates) concert and the opportunity to take part in a family fun run with sprint king Usain Bolt.

Other highlights included the Golden Jubilee’s ‘Journey of the 50th’ – a stirring show in Al Wasl dome that skilfully melded the tenacity of the past with the UAE’s visionary present and pioneering future – as well as the ‘The Boy and the Horse’, a 20-minute theatrical production that honoured His Highness Sheikh Mohammed bin Rashid Al Maktoum, Vice-President and Prime Minister of the UAE and Ruler of Dubai.

Expo’s Programme for People and Planet in November continued to attract changemakers from around the world, with two of Expo 2020’s 10 Theme Weeks – Urban & Rural Development Week and Tolerance & Inclusivity Week – as well as a slate of festivities and activities to mark World Children’s Day, International Day of Persons with Disabilities and International Volunteer Day pulling in the crowds.

Looking forward, numbers are expected to rise further as Expo’s new AED 95 Festive Pass, on sale until the end of December, gives access to Christmas festivities and more world-class performances, such as Grammy Award-winner Alicia Keys’ show at Al Wasl Plaza on 10 December, Academy Award-winning composer and musician A.R. Rahman on the 22 December and Broadway superstar Lea Salonga on 25 December.

In keeping with Expo 2020’s sustainability aims, an impressive amount of people have travelled to the site using RTA transport. During October and November, around 455,000 rides were made to and from the site using taxis, more than 600,000 trips were made on the free Expo Rider bus service, and 2.2 million users entered and exited Expo via the Dubai Metro.

Expo 2020’s virtual visitation rose to an incredible 25 million, driven by the uptake of Live@Expo, which enables visitors to take a bespoke live virtual tour through the site. Virtualexpodubai.com was also honoured by the UK’s Favourite Website Awards (FWA) with the ‘Most Favourite Website Award’ for November 2021.

As the largest major global event to be held since the start of the pandemic, Expo 2020 Dubai continues to maintain robust COVID-19 measures, ensuring a safe and exceptional event for all attending. These include the mandatory vaccinations of all Expo and International Participant staff, volunteers, contractors and service providers, while visitors ages 18 and above must present proof of any vaccination or a negative PCR test taken within the previous 72 hours. Face masks are mandatory both indoor and outdoor, and Expo maintains on site sanitisation stations.