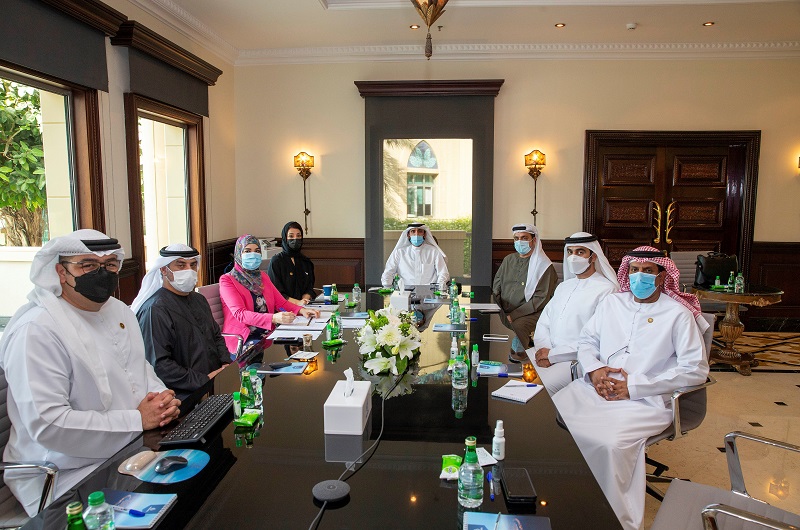 Expo 2020 Dubai’s City Readiness Committee has restarted its planning meetings to ensure Dubai and the UAE are prepared to welcome the world to the global mega-event opening in October 2021.

The meetings were chaired by His Excellency Mohammed Ibrahim Al Shaibani, Director General of HH The Ruler’s Court of Dubai, and attended by Her Excellency Reem Ebrahim Al Hashimy, UAE Minister of State for International Cooperation and Director General, Expo 2020 Dubai.

The two meetings took place to ensure that the preparations of all local and federal entities are integrated, ready to host the next World Expo.

The first assembled the Dubai Police and the Dubai Roads and Transport Authority to define and review their matrix of duties and responsibilities regarding projects related to Expo 2020. It was attended by committee members His Excellency Lieutenant General Abdullah Khalifa Al Marri, Commander-in-Chief of Dubai Police and His Excellency Mattar Mohammed Al Tayer, Director General and Chairman of the Board of Executive Directors of the Roads and Transport Authority (RTA), as well as Colonel Dr Saleh Al Hamrani, Deputy Director-General of Excellence and Entrepreneurship at Dubai Police, and Ahmed Bahrozyan, Chief Executive Officer of The Public Transport Agency at the RTA.

The second meeting set out a matrix of duties and responsibilities for the General Directorate of Civil Defence in Dubai and the Dubai Corporation for Ambulance Services (DCAS), and included assurances of the operational preparedness of their services and their response plans for emergencies during the event.

The committee is working on setting up an action plan to ensure all preparations for the event – including technical, logistical, media, marketing, tourism, and other sectors – are integrated at state level. It is defining the scope of the projects implemented in Dubai in particular, and across the UAE in general, and discussing the coordination mechanisms with local and federal stakeholders to ensure the implementation of duties.