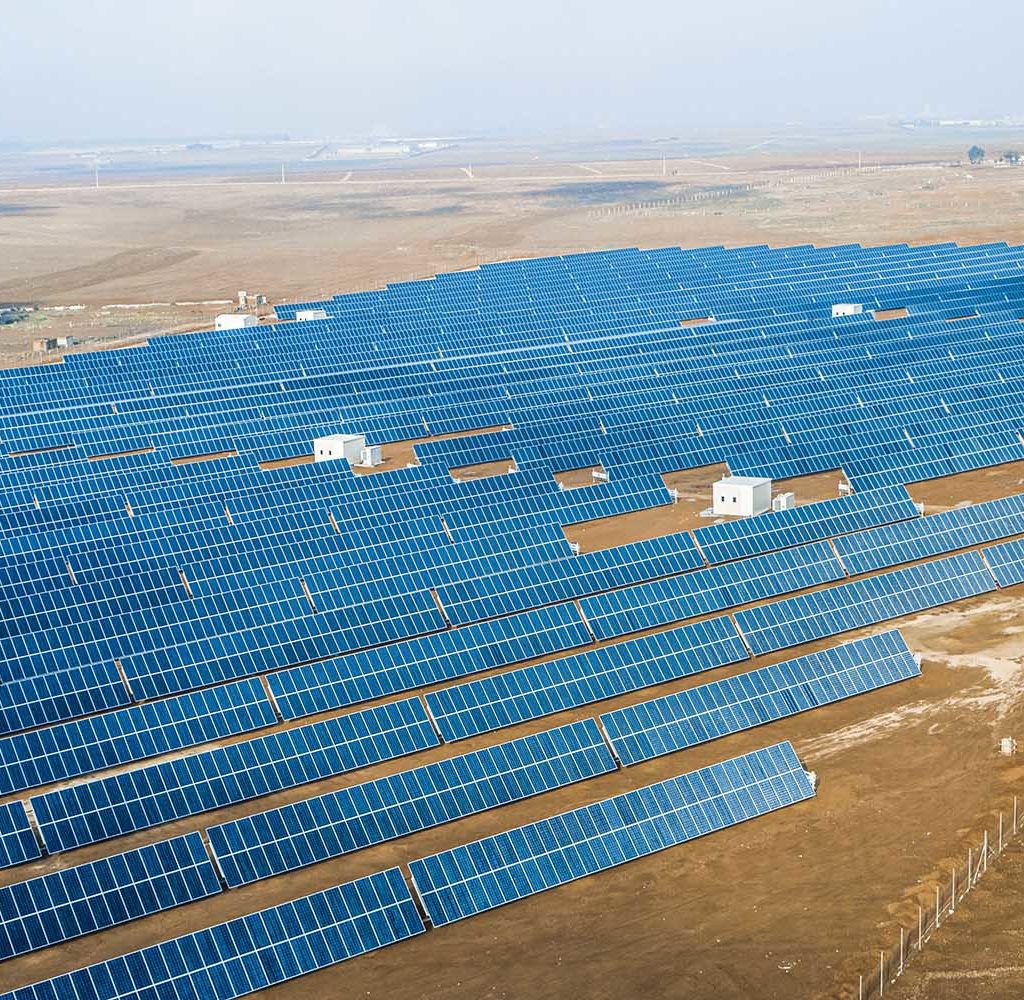 The European Bank for Reconstruction and Development (EBRD) and DEG are providing Yellow Door Energy, a leading sustainable energy provider for businesses, with a US$ 10.6 million loan in local currency for the development, construction and operation of a portfolio of eight solar photovoltaic (PV) plants in Jordan.

The EBRD local currency financing is complemented by a loan mobilised by the Bank of up to US$ 5 million provided by the Global Environment Facility (GEF), a parallel US$ 15.6 million senior loan in local currency from the DEG, the German development finance institution, and an equity contribution from Yellow Door Energy. Spain is also providing results-based payments of up to €1.5 million, as well as technical assistance together with the European Union.

The portfolio of plants will supply the entirety of the electricity generated to five private consumers: Umniah (telecommunications industry), Carrefour supermarkets, Safeway supermarkets and Taj Mall (retail industry) as well as Classic Fashion (garments manufacturing). In total, 48.3 MWp of renewable energy capacity will be added to Jordan’s power system, generating over 81 GWh of renewable electricity per year during the lifetime of the project. The plants are also expected to reduce CO2 emissions by more than 49,000 tonnes per year.

The project, designed under an innovative structure aggregating the risks inherent to the construction and operating of commercial solar projects, is the largest portfolio of private-to-private renewable projects involving supply directly to the private sector under Jordan’s Wheeling Regulations. These regulations allow customers to establish and lease or own renewable energy plants and, if necessary, connect them to the transmission or distribution system at remote locations in order to generate power for their own consumption.

Lastly, the project has been registered with Verra’s Verified Carbon Standard (VCS), a leading global voluntary greenhouse gas (GHG) programme and will benefit from support provided by Spain in the form of technical assistance to facilitate the establishment of a digitalized Monitoring, Reporting and Verification (D-MRV) system, and results-based payments to monetise its GHG emission reductions. Such emission savings will be monitored and reported through the advanced D-MRV system being developed by the EBRD that will enable efficient verification of climate impacts in an automated, transparent and robust way. It will showcase how digitalisation and automation could facilitate scaling-up of project innovations under existing and emerging carbon market mechanisms and results-based climate finance instruments.

Yellow Door Energy was founded in 2015 in the United Arab Emirates and Jordan, with the aim of providing sustainable energy solutions for businesses. Today, the company has over 110 MW of solar projects in the Middle East and South Asia. Yellow Door Energy’s shareholders include the International Finance Corporation, Mitsui, Equinor and APICORP.

Historically, Jordan has been overwhelmingly reliant on hydrocarbon imports to meet its energy needs. Over the last decade, Jordan has successfully developed its renewable energy sector, particularly solar, in order to remove the dependence on imported hydrocarbons and reduce their environmental impact. As of today, the country has exceeded its original renewable energy target of 10 per cent of generated energy, with the figure now standing at 20 per cent. Jordan is working towards a new goal of 30 per cent by 2030.

Since the start of its operations in Jordan in 2012, the EBRD has provided more than €1.4 billion in financing for 54 projects there.