Construction on phase two of Bahrain airport on schedule 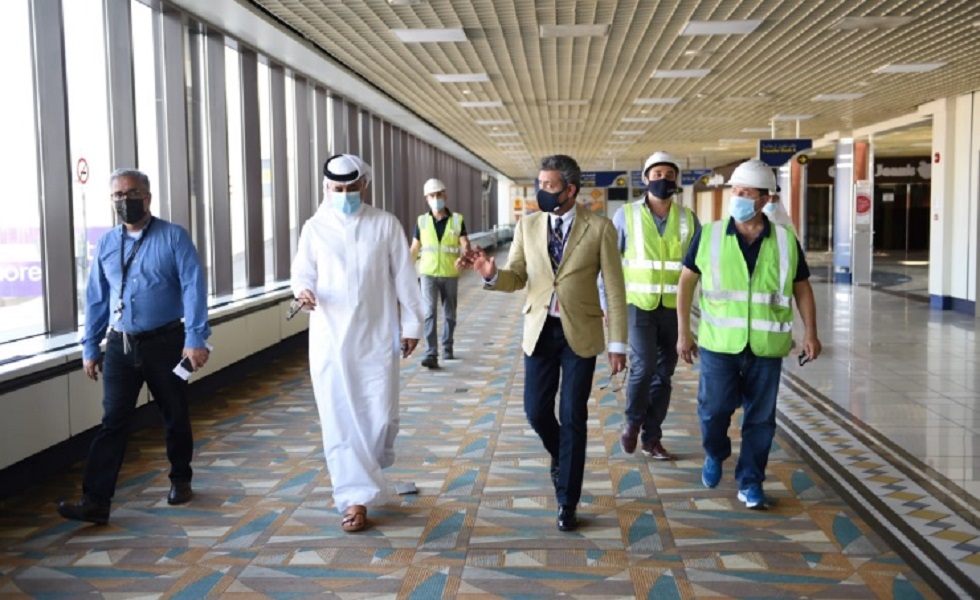 As part of the Airport Modernisation Programme (AMP), the construction work at the new Passenger Terminal at Bahrain International Airport is progressing as per plan.

The second phase is taking place in the eastern part of the existing airport. The site has been cordoned off to maintain the highest levels of safety and security, according to Bahrain News Agency.

The minister, BAC officials, and representatives of the project’s main contractor, Arabtec TAV, were briefed on the latest developments, including demolition works and the removal of all internal equipment and installations, floors, ceilings, non-bearing partition walls, mechanical and electrical systems, and air conditioning systems.

The minister emphasised the importance of maintaining the current pace of work, completing the second phase on time, and ensuring that the construction does not impact airport operations. He reiterated that 2021 will be a major turning point for the airport, praising the ongoing efforts of Team Bahrain, which started work on this important national development project four years ago.

He noted that the USD1.1 billion AMP is the largest investment in Bahrain’s aviation sector for more than 20 years and will usher in a new era for air transport in the Kingdom.

In addition to the new Passenger Terminal and related projects such as the Central Utilities Complex, the multi-storey cark park, staff parking area, super gate and fire station, the AMP includes several infrastructure development projects that will contribute to the realisation of Bahrain’s Economic Vision 2030, laying the foundation for a more sustainable and diversified economy.

The transference of operations to the new terminal will signal a major shift in Bahrain’s aviation sector. This will be complemented with Fuel Farm Complex operations, including three aviation fuel tanks. The coming months will also see the inauguration of the new private aviation terminal, which will cater to businessmen and private aircraft owners. The private aviation terminal will be a major contributor to trade and will support the growth of the tourism and travel sector for decades to come.

Four times larger than the existing facility, the new Passenger Terminal is equipped with the latest technologies and supported by high quality infrastructure. It will increase the airport’s capacity to 14 million passengers per year, delivering a comfortable and hassle-free airport experience.