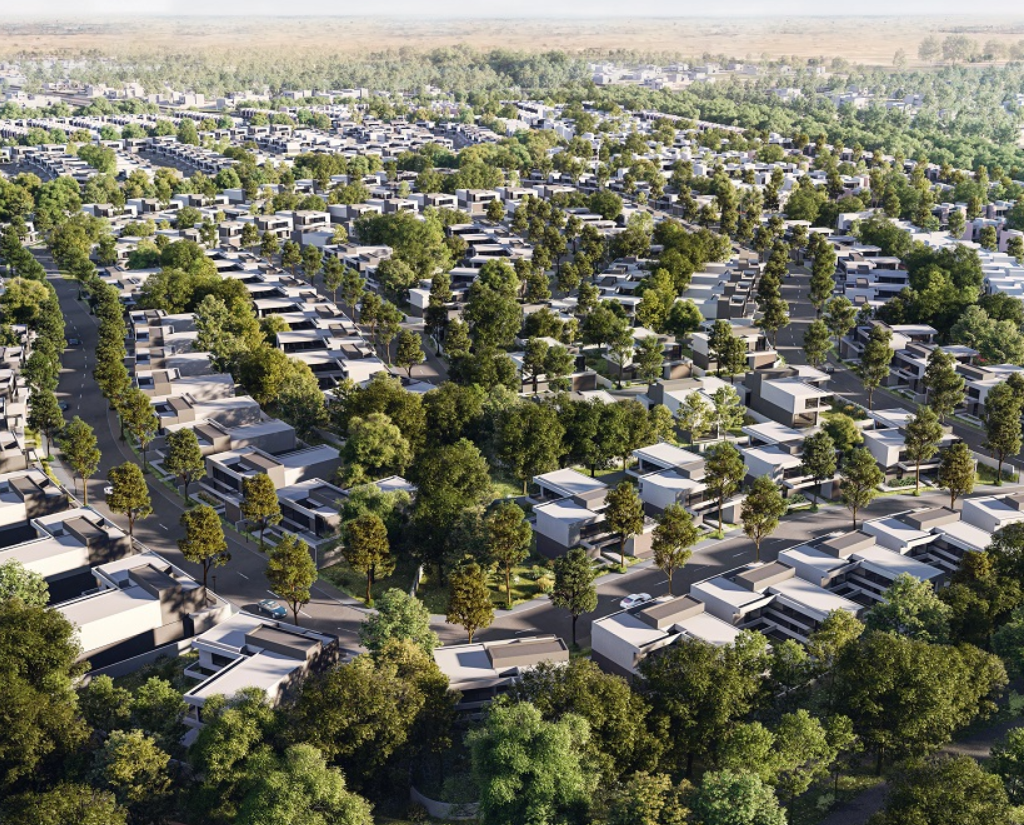 Arada has awarded the first two contracts for Masaar, the 19 million square foot mega community based in the Suyoh district of Sharjah. The AED8bn project was launched in January this year featuring 4,000 villa and townhouses set in eight gated communities, all located in a forested and nature-filled master plan.

The contract for infrastructure design and supervision consultancy services at Masaar was awarded to US engineering consultancy Parsons Overseas Limited, which will oversee all aspects of infrastructure delivery for the project, including roads, water, power and drainage, ensuring full integration with the overall master plan.

The contract to build the Masaar Experience Centre has been awarded to contracting company ASGC Construction LLC. Construction will begin immediately and is scheduled to be completed in six months. As part of the same contract, Masaar’s first property, a five-bedroom show villa in the Sendian district of the community, will also be built and completed by the end of 2021.

HE Sheikh Sultan bin Ahmed Al Qasimi, Chairman of Arada, said: “This is a landmark moment in our journey at Masaar, a project that has been designed to set a new standard of living, not just for Sharjah but for residential communities throughout the region. We have witnessed strong demand for properties within the first phase of Masaar, in line with the robust performance of Sharjah’s real estate sector during the first five months of this year.”

Lying at the heart of the master plan, the Masaar Experience Centre will provide visitors and future residents with a glimpse of what life in the community will be like when it is complete. Its minimal design language reflects the architecture of Masaar while the transparency of the façade creates a dialogue between the interior spaces and the lush green landscape that embraces the building.

Masaar, or ‘path’ in Arabic, has been carefully designed to enable its residents to transform their lives by encouraging healthy living in harmony with nature. Featuring over 50,000 trees, Masaar’s signature feature is a lushly landscaped and walkable ‘green spine’ that will be activated by footpaths, cycle tracks, passive zones and a range of different sporting facilities.

Sales for the 445 homes in the first district of Masaar, Sendian, began in January, and Arada remains on schedule to launch the second phase of sales by the end of this year. Ranging in size from two-bedroom townhouses to five-bedroom Sendian Park Villas, every unit has smart home features as standard and all are located close to the leisure and entertainment zone in the heart of Masaar. The first homes in Sendian are scheduled to be completed in the first quarter of 2023.

Masaar is ideally located in the up-and-coming Suyoh district, close to Tilal City, the Sharjah Mosque and Arada’s first project, Nasma Residences. The community has easy access to Emirates Road and Mleiha Road, and is 15 minutes’ drive from Sharjah International Airport, and 20 minutes’ drive from Dubai International Airport. The location offers a convenient and traffic-free commute from Sharjah to Dubai or the Northern Emirates.