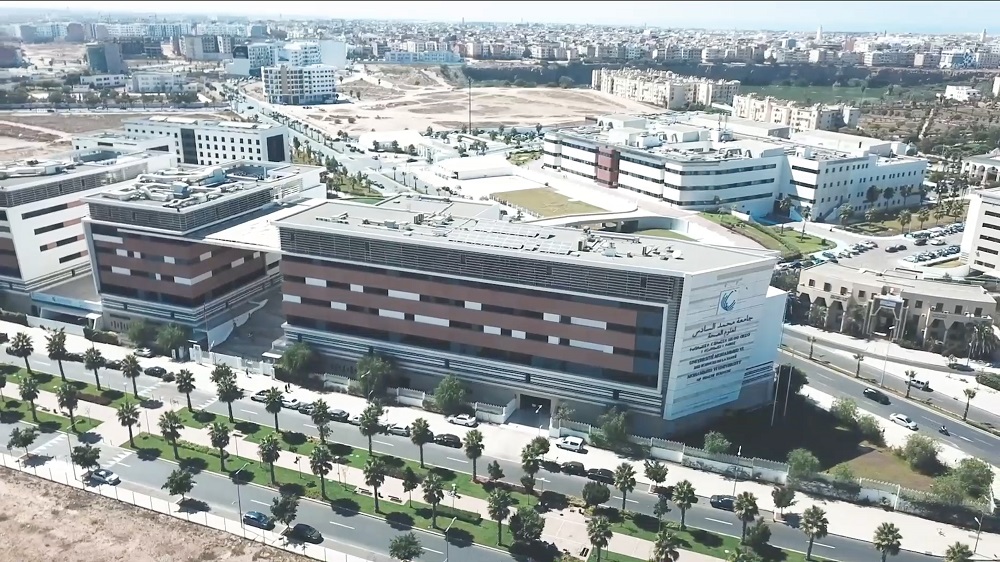 The Moroccan government celebrated the inauguration of a major university housing project at Mohammed VI University of Health Sciences in Mohammedia City, Morocco, that was developed with the support of the Abu Dhabi Fund for Development (ADFD).

The project creates an integrated university district designed to the highest international standards to provide high-quality accommodation for students coming from areas surrounding the city of Mohammedia to better enable them to complete their education at Mohammed VI University of Health Sciences, which is affiliated with the Sheikh Khalifa Bin Zayed Foundation in Morocco.

ADFD provided AED26 million (US $7 million) in financing for the project that will provide housing for students and help advance the Moroccan government’s strategic investment in the nation’s higher education sector.

The project will accommodate 866 students through the construction of three five-story residential buildings with a capacity of 413 double rooms, 5 triple rooms, 24 rooms for people of determination, 7 supply stores for student essentials, administrative and technical buildings as well as other supporting facilities.

The inauguration was attended by Thani Salem Al-Rumaithi, Chargé affairs for the UAE Embassy in Morocco, Chakib Najari, President of Mohammed VI University of Health Sciences, and a number of senior officials from the two countries.

His Excellency Mohamed Saif Al Suwaidi, Director General of Abu Dhabi Fund for Development, said: “This project represents a significant investment in the future growth and development of Moroccan youth by providing the best conditions for them to excel in their academic careers. It builds on our more than 45-year rich history of strategic partnership in sustainable development and investment between ADFD and Morocco that has crossed over multiple sectors and contributed greatly to the nation’s economic and social growth agenda. The project is also aligned with the UN’s Sustainable Development Goals, specifically goal number four focusing on education as one of the most powerful and proven vehicles for sustainable development.”

ADFD’s partnership with the Moroccan government began in 1974. Through this relationship, the Fund has financed 81 development projects with a total value of approximately AED 9 billion in key sectors that include the development of the shipping and transportation sector, social development, educational services, health care and housing.

The strategic projects that ADFD has financed in partnership with the Moroccan government include the Tangier-Mediterranean port project, the Mediterranean Road Orbit, Sheikh Zayed Hospital in Rabat, the development of a high-speed rail project, the construction of a railway station in Casablanca, in addition to the construction of thousands of housing units in various Moroccan cities.