Is infrastructure a Trump card for US brands? 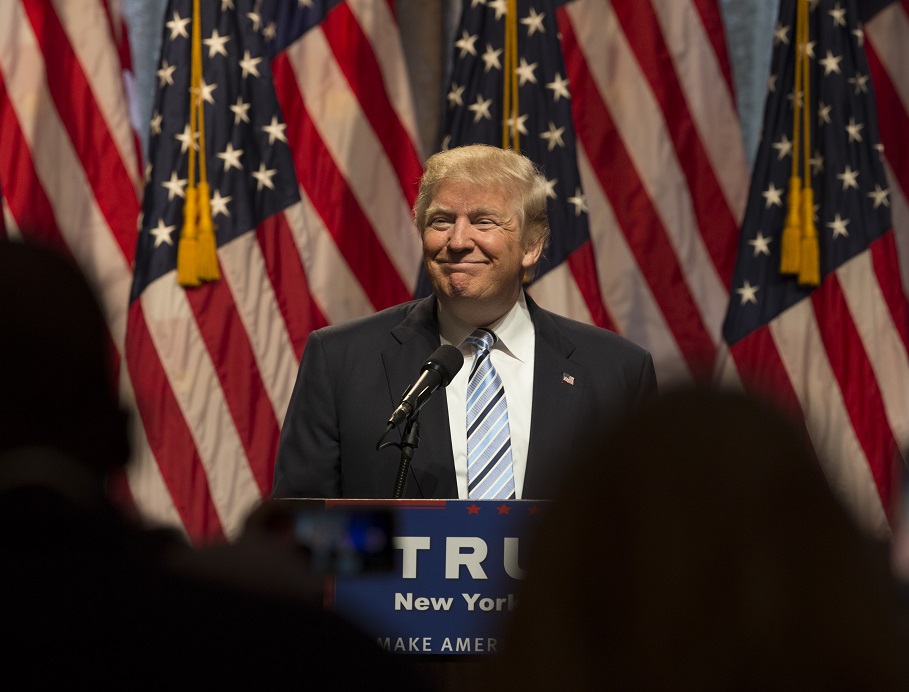 A billionaire property magnate, reality TV show star and President of United States, Donald Trump must have the worlds most eclectic and extensive CV. In and amongst the whirlwind of tweets, policy announcements and tweets of recent months has been a pledge to return US manufacturing back to prominence.

By placing America first, Trump is prepared to tear up the rule-book on trade and, in the case of construction machinery, reverse decades of lost ground to European and Asian competitors. From the perspective of a region which has seen Caterpillar machines and US-made cranes help build up entire industries, cities and countries within a few decades, it is difficult to appreciate how this would be the case. However the new Trump administration enters as the US construction machinery industry has seen its sales decline in 2016 in the Middle East. Caterpillar has just announced that its combined sales in the European, Africa and Middle East region were down 34% of $644 in 2016 compared to 2015, with low oil prices and uncertainty over Brexit to blame.

Of course, US manufacturers are not the only ones to have been exposed by rougher waters in international markets but there is a sense that the Chinese manufacturers that were so buoyant on the back of their booming domestic market until it stalled could begin to dominate global sales. The technology gap is closing and so is the know-how of how to sell in different markets. Trumps rallying call to the US manufacturing heartlands brings into focus whats at stake for US manufacturers.

The wrangling over trade deals and the re-positioning of foreign policy has only just begun but Trump and his administration has promised to prioritise infrastructure spending. Threats and opportunities are now presented to the US industry but if it is to have a renaissance, it is going to start at home and not abroad.

A team including Brian Myerholtz, Simon Rees and Raph Mannino from the Boston Consulting Group (BCG) have been analysing the repercussions of what the US Administrations infrastructure focus will have on the industry.

The surge in infrastructure spending that President Donald Trump has proposed promises to be a boon for companies that manufacture equipment used in large-scale construction projects, say the authors of the What President Trumps Infrastructure Plan Means for Construction Machinery Makers report.

During the 2016 presidential campaign, then-candidate Trump proposed an increase in infrastructure spending of $1 trillion to create jobs and repair the nations crumbling roads, bridges, and transportation assets. Following the election, the incoming administration reaffirmed this objective, and congressional leaders on both sides of the aisle have expressed support.

According to the BCG team, construction machinery manufacturers should expect infrastructure investment to increase, though exactly how much, in which sectors, and in which geographies remain highly uncertain.

For most of the past two decades, Congress has authorised only short-term highway funding plans. In December 2015, however, Congress and President Obama agreed to a five-year, $305 billion highway-funding plan. In addition, large local infrastructure projects were recently passed in Los Angeles ($120bn) and the Seattle area ($54bn). These developments, coupled with the promise of a massive spending surge under the Trump administration, may give investors in the market the confidence to initiate larger-scale projects with significant capital expenditures on machinery.

PPPs are viewed as a strong process to enable a bounce in infrastructure spending at a state-level but they require robust regulatory frameworks to draw in investors.

States such as California and Virginia have not only a firmly established regulatory framework, but also a need and a willingness to invest in projects such as toll roads and railway systems, explains the BCG team. They also suggest a short-term influx of investment into sectors such as energy and water is likely when the new administration rolls back regulations in these areas.

They also suggest that the construction machinery must work proactively to capture opportunities.

Machine manufacturers should identify state priorities and work with engineering, procurement, and construction (EPC) companies to create lists of shovel-ready projects. EPC companies, operators, and financing organisations can form consortia around specific projects, and each consortium can then present the projects to state governments, say Myerholtz, Rees and Mannino. A manufacturer should identify these consortia and projects so that it can target its commercial resources at the emerging customers and get a seat at the table early. This proactive approach will increase the likelihood of success for both the machine manufa
cturer and the consortia.

With the Trump administration barely into its second month, it is unsurprising that the scale of investment, the timing of enactment, and the sources of funds, be it via PPPs or some other route, is not yet clear. There is still an agreement needed between the administration and Congress to be found and Myerholtz, Rees and Mannino agree that a clear picture may not surface until later in the year. This, they argue, presents an opportunity for some manufacturers.

After decades of underinvestment and short-term federal spending patches, a consensus is emerging that investment in infrastructure should increase. Although the timing, level of funding, and specific project types remain uncertain, a significant increase is likely to occur, explain Myerholtz, Rees and Mannino. Machinery manufacturers that can apply foresight, flexibility, and creativity to emerging situations will be in the best position to capture the tremendous value at stake.

As it remains unclear how much funding for infrastructure will become available in which geographies and in which sectors, the most flexible manufacturers will be in a position to reap the greatest benefit when opportunities emerge. Specifically, flexibility in manufacturing operations and supply chains will remain critical.

If all of the proposed $1 trillion incremental investment is realised, it will represent an increase of approximately 50% in total infrastructure spending. Not all contractors and EPCs have the balance sheet to finance that level of growth, and this fact presents manufacturers with an opportunity to introduce new financing models to assist customers. Manufacturers should work with customers on financing models that emphasise speed and flexibility so that they can respond to what could be a large and rapid increase in demand.

With speed a potential factor in ensuring the infrastructure programme is successful, there is also cause to believe that non-US suppliers could be attracted to the market.

I dont think that Raimondi, as a manufacturer, is affected by politics as much as contractors and construction companies would be, he says. The main issue that would present itself for us, and main opportunity, is how much work is actually being done and whether or not that work is best met by a crane of European manufacture or otherwise. Thus far, we have not noticed any direct or indirect change in business. There is an increasing discussion about US infrastructure investments, and for manufacturers of heavy machinery, that would be positive and welcomed news.

BCG on the new Administrations outline for infrastructure investment

In an otherwise contentious campaign, Hillary Clinton and Donald Trump agreed on the need for additional infrastructure investment. After the election, President Trump continued to emphasise that infrastructure improvements would be a focus of his administration. He proposed a plan to increase total investment by $1 trillion through 2025, giving states significant flexibility with regard to spending the funds. The president touts the plan as revenue – neutral because it relies on tax incentives to stimulate investment in infrastructure, though whether this self-sustaining aspect of the plan is achievable remains unclear.

In addition, Trump has begun to act on his campaign pledges to roll back Obama-era energy regulations (such as restrictions on shale oil extraction) and to grant permits for new pipelines, which will likely spur near-term investment in those sectors.

The Trump administration views the proposed investment in infrastructure and the relaxation of regulations as ways to stimulate long-term overall economic growth and to bolster direct employment in the short term. As outlined, the presidents plan calls for offering $137 billion in tax incentives to generate this additional $1 trillion investment in facilities that the government, private corporations, and public­private partnerships (PPPs) operate. Specifically, equity investors in infrastructure projects would receive a tax credit equal to 82% of their investment, in addition to any returns.