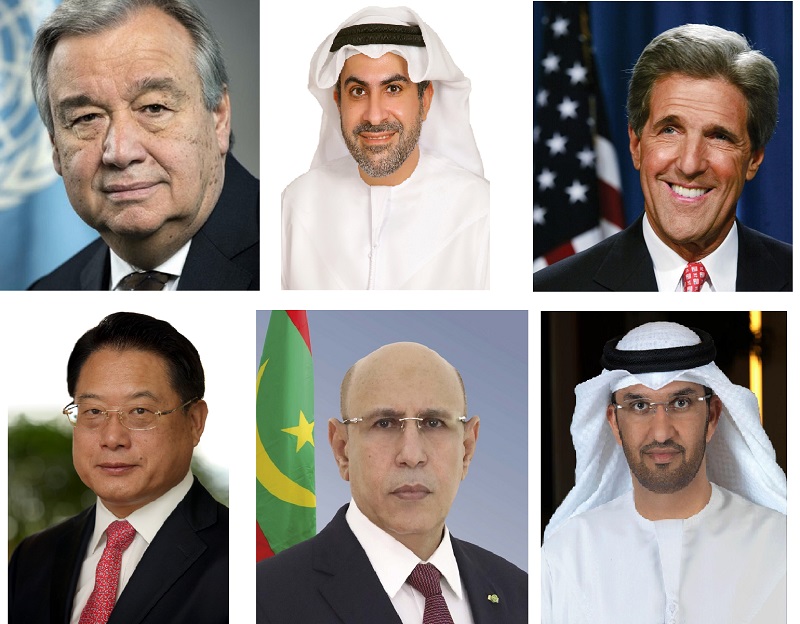 The fourth edition of the Global Manufacturing and Industrialisation Summit (GMIS 2021) will convene the Heads of State of the Republic of Austria and Mauritania, the Prime Minister of Namibia and Barbados, former Prime Ministers of France and Italy, and ministerial representatives on behalf of the Presidents of Egypt and the Kingdom of Cambodia.

Kicking off this week, from November 22-27 in Dubai, the United Nation Secretary General, the Executive Director of UN-Habitat and the President of the UN General Assembly will also participate, alongside other Heads of United Nations (UN) agencies and John Kerry, the U.S. Special Envoy for Climate.

World leaders taking lead on the #GMIS2021 stage include António Guterres, Secretary-General of the United Nations who will deliver a special address at the opening ceremony. H.E. Mohamed Ould Cheikh El Ghazouani, President of Mauritania, will address the global audience and dive into the opportunities created through international cooperation.

Co-chaired by the UAE Ministry of Industry Advanced Technology and the United Nations Industrial Development Organisation, the Global Manufacturing and Industrialisation Summit will host John Kerry, U.S. Special Envoy for Climate in a one-on-one fireside chat to expose the challenging realities of recent global developments to achieve UN SDGs and emancipate industrial growth throughout a green economy.

The thematic interplay at #GMIS2021 will include the digitisation of normative standards and the future of governance. H.E. Abdulla Shahid, President, the United Nations General Assembly will offer a keynote speech to set the tone on both micro and macro modes of exerting Government 5.0.

H.E. Dr. Sultan Ahmed Al Jaber, UAE Minister of Industry and Advanced Technology, and LI Yong, Director General of the United Nations Industrial Development Organization (UNIDO), will each deliver a keynote at the opening ceremony in their capacity as co-chairs of the Global Manufacturing and Industrialisation Summit, while Maimunah Mohd Sharif, Executive Director of UN-Habitat will deliver a special address focused on the Decade of Action at the Global Prosperity Conference.

GMIS 2021 will set ground for a series of inspiring keynote addresses and diverse panel discussions to drive solutions in the manufacturing sector and accelerate the United Nations Sustainable Development Goals.

The participation of distinguished government representatives at #GMIS2021 is key to positively stimulate innovative actions in line with the accelerated demand for emancipating industrialisation at a local, regional, and global level to provoke economic regeneration.

Panel discussions will cover critical topics including Society 5.0, the digitalisation of the power sector and ways to best interpret data intelligence, but also the potential for digital transformation to serve economic prosperity.

A targeted focus on the major issues facing the manufacturing sector will explore how twin (green and digital) transition rallies innovation and sustainability together with Industry 4.0 technologies. Further insights will be shared on the future of governance and global prosperity and the need to adapt healthy and safety measures in confrontation to cyber-physical environments.

Taking place at EXPO’s Dubai Exhibition Centre, the fourth edition of GMIS will be held alongside the six-day GMIS Week from November 22-27. The Summit will feature key global leaders from government, business, and civil society to discuss and debate how data and connectivity are becoming the leading factors shaping the future of supply chains, green manufacturing, sustainable energy, climate action, policymaking, and resilient global economies under the theme ‘Rewiring Societies: Repurposing Digitalisation for Prosperity’.

The GMIS Week will also host country-focused conferences in partnership with the United Kingdom, Australia, and Italy on November 24 & 25.

Throughout the week, the Summit will run an exhibition to highlight the UAE government’s ‘Make it in the Emirates’ campaign, a first-of-its-kind initiative to encourage local and international investors, developers and innovators to benefit from the facilities and incentives offered by the country’s industrial sector.