The Logistics of Entrepreneurship 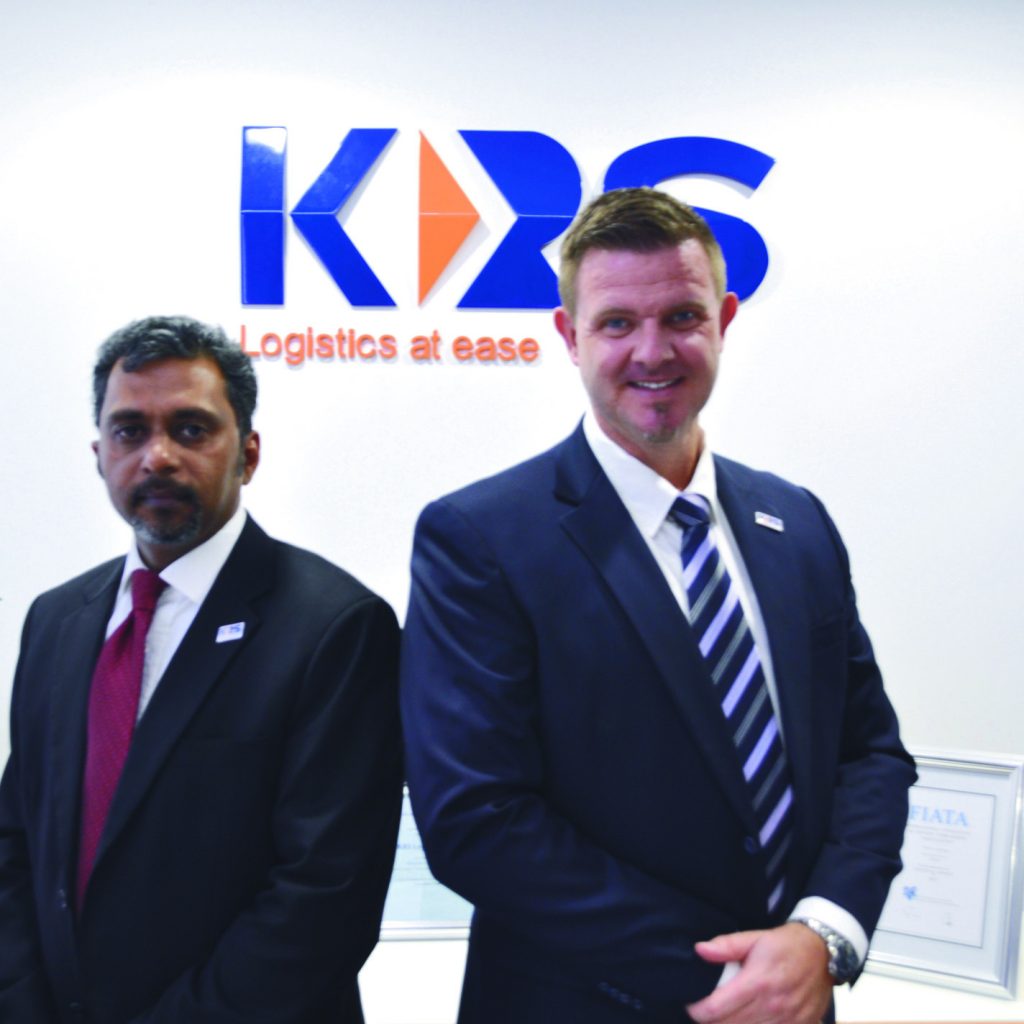 KRS Logistics was established in 2015 with ambitions to become one of the regional industrys most successful integrated players. Logistics News ME meets COO Christian Herzog and CEO Shibu George to find out how unprecedented global events will impact on their goals

In todays economic climate the thought of going it alone isnt one that crosses many minds but for Shibu George and Christian Herzog, it became a reality with the establishment of KRS Logistics LLC.

Operating out of Dubai for less than a year, the firm is today offering diversified services to a growing client base and has ambitions to become one of the top logistics service providers by 2020 after becoming ISO certified within 44 days of the company inception and winning a number of contracts in quick succession.

But while KRS has started strong, globally businesses are struggling to adapt under unprecedented conditions and never before seen dynamics.

People are saying the market is down and, in my opinion, the volume of shipments is there. But when it comes to the revenue part that has been drastically reduced, particularly in the last six to seven months, observes KRS CEO Shibu George.

Its because of the demand and supply, particularly the availability of ship space and what is actually available for the cargo lines. In order to fill the vessels the rates are going down day by day. For example, in China, competition is tight to reach maximum volume. As a knock on effect we are now seeing the industry operating without general rate increases (GRI). There is no peak season; not only in China, but in Europe also, he continues.

While the volume of cargo and number of shipments remains comparable, George warns the industry is heading into unchartered waters as it weathers a climate that has operated for months on end without GRI.

Adding to the woes, in January of this year the Baltic Dry Index fell to 383 points, its lowest mark. To put that in context; at its high before the 2008 recession, the mark stood at 10,000. While the decline has been staggered and far from continuous, the outcome remains.

The factors have been plentiful  from a breakdown in the oil and gas industry, to the impact of political and global security issues such as those continuing to play out in the Levant and Yemen.

George continues: We hope that everything will increase in Q1 and Q2 this year. We already see a trend in the rate ratio so there is a change coming up. In general, the market is quite down. Projects and shipments are there, you just have to sit in front of the right people.

Its a scenario George predicts will change little before 2020, and threatens to wipe out the traditional logistics providers.

He continues: From now until 2020, the scenario is the same, being a traditional logistics service provider you cannot survive in the current market situation; you have to diversify.

From the current perspective, the diversification cannot be in services alone but must also come in geographical territory in light of how 2015 played out and 2016 began.

COO Christian Herzog, who also serves as the BVL Representative for the UAE and India, elaborates: Global trends are very unstable. When I first read about the Saudi/Iran clash it was one of the biggest shocks I could have experienced. The world is becoming increasingly unpredictable and we can only hope for the best, but one negative thing can happen and have a knock on effect on many other things. We now survive in a business environment where there is no peak season, no GRI; you would never have predicted that 10 years ago.

For now, the focus is on a wider reach and penetration of new markets. As the old adage goes: for every door that closes, another opens.

Reporting we lost most of the Levant 2015, in addition to Yemen, George is far from confident about a H1 rebound, but pegs compensation of losses to strong strategy.

New markets are emerging and will continue to emerge in 2016 and 2017. Far East countries will not grow as in the past, but as far as the UAE is concerned, we are still seeing growth, he says, his comments supported by the 35% increase exports reported by Dubai Trade in 2015.

Optimistic that by 2016-end, the outlook will be much brighter, Herzog has pinned the operational strategy on wider operations, rather than more focussed.

Recently, KRS Logistics LLC signed a GSA agreement with Swiss based company Global Airlift Solutions Ltd, adding services like air charter, critical care solutions and on board courier to the portfolio of services.

We are targeting the oil and gas, automotive and industrial sectors and China, South East Asia, Europe and the US, as well as India, will be our geographical focus. We will work with our partners, ensure we have products in place, then expand into the other emirates. We need to see how Iran will operate over coming months  I visit frequently and already see improvements  and we have a strong focus on Africa and dedication to growing the business there, Herzog shares.

With two contracts signed within the first two weeks of 2016 George and Herzog appear far from phased by current conditions, but have strong advice for industry peers, based on their own experience.

Herzog says: Logistics is a service industry and we have worked with the top multinational organisations but stepped away to establish KRS. What we are learning is that people take customer loyalty for granted. We have a clear mindset to fulfil customer needs and people know the business but dont always know how to present it to the customer. There could be a huge improvement in the UAE in this regard; simple things like timekeeping.

In IT, for example, customer visibility needs to be improved; through simple things like push notifications for vital information, rather than everything going via email. Why is an airline like Emirates so strong? Because they understand their customers needs, he adds.

Partnerships also play a major part, with Herzogs basic calculation for success revolving around the age old question who will support me if Im not with a global name?

As he says: Practically, if you work for a company, you have your connections and your clients and when you set up on your own you need to ask that question in order to come to a figure and know your target. To do this in a very short time and make quite a heavy investment, is demanding.

George adds: It was exciting to set up the business and being an entrepreneur had never come to mind before. It took only one conversation to know that we wanted to launch the business.

For a new entrepreneurship my advice would be know how to manage your business and staff. You need experience to do that. We were at the top level of our former companies; we know the feelings of people from entry level to management.

Riding on the wave of Dubais continued success  not to mention surprising market resilience considering how things playout last decade  Herzog advises the authorities to focus next on green logistics, supply chains with less environmental impact and minimising the number of trucks on the roads.

He says: This seems to be a paradise for entrepreneurs and I am positive the trend will continue. We have to see how current political situations play out, but as a business operator you have to be flexible and available to your customers needs.

On board couriers are now a growing trend and its a very popular concept with the big automotive companies and demand is growing, so we now meet that. Its pointless now to be a specialised logistics company; you cannot only do trucking, or shipping or continue operations on a $10 margin. Those times are dead now.