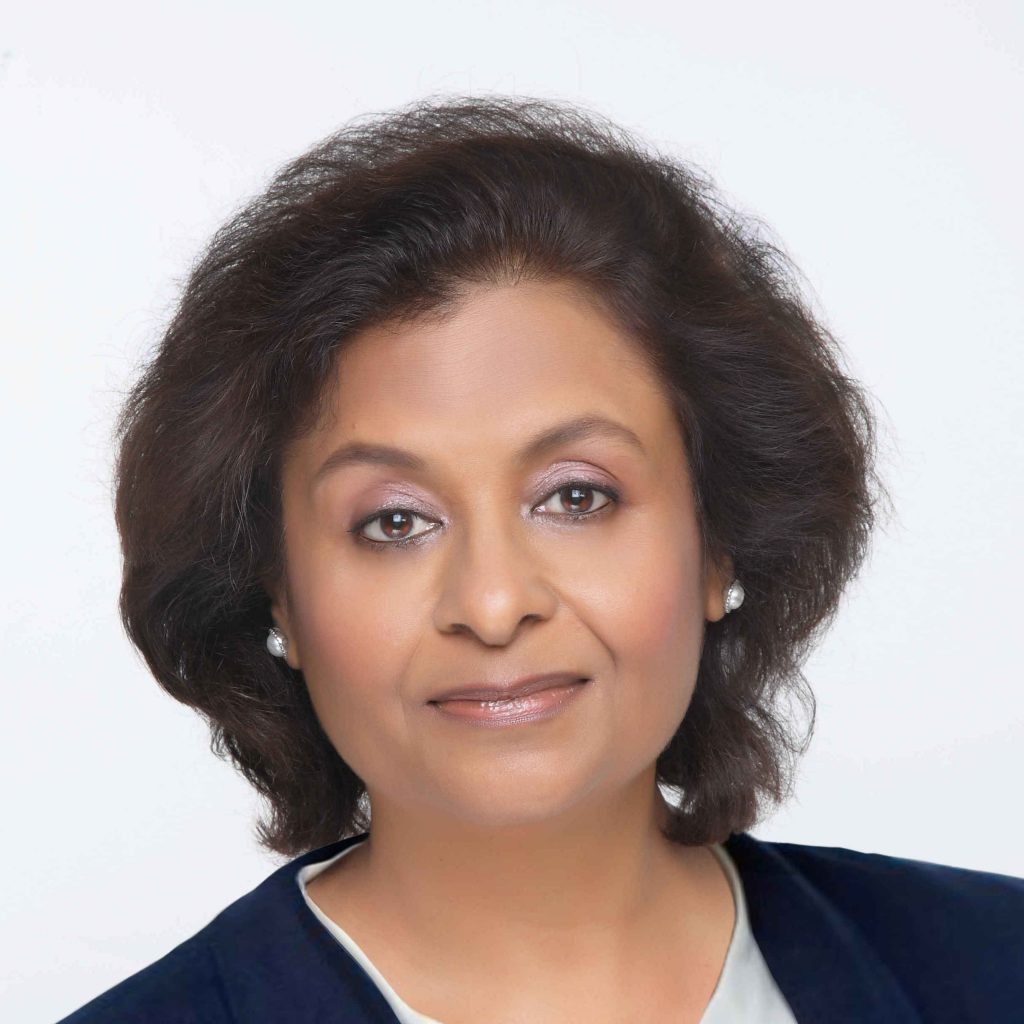 You are about to read the trends and predictions provided by our team of experts in the Middle East with each providing individual insight based on their area of specialism.  Our combined knowledge and experience is all focused around the supply chain and logistics sector, which should present you with a well-rounded and balanced view of the overall sector for 2015 and the year ahead.

I will start by saying the past year has been a real rollercoaster ride for the majority of our clients and contacts as well as our own business as volatility and instability has become the new norm.

2015 was a really difficult year to get a handle on when it came to doing business across the end-to-end supply chain. Feedback from my clients and contacts in the sector, who comprise senior executives from both the LSPs and principals, has been a fairly even mix of positives and negatives making it harder to form a balanced opinion.

The UAE and Saudi Arabia have remained our busiest markets throughout the year although the majority of the organisations we deal with in both those markets have had a very tough year, particularly the 3PLs.
That said I am sure we have interesting times ahead as we move into to 2016 and beyond especially with the growth of the E-commerce sector snowballing globally and notably in Asia in particular but I am confident the MEA region is going to catch up fast!

E-commerce will continue to rapidly expand as more and more people join the connected world due in part to ever improving Internet connectivity as well as technology becoming more affordable in the emerging markets and therefore more easily accessible to an ever increasing number of people.

An interesting point which was shared at the 2015 Asian Logistics and Maritime conference in Hong Kong by Frank Lavin, the CEO of Export Now, is that in China alone the annual new market growth (just growth!) in E-commerce is greater than the total USA market size, so in other words it grows by one USA market each year!

With all of the above in mind one of the key trends to watch out for across MEA will be the expansion of E-commerce leading to growth in E-commerce logistics and the associated value added services and related technology.
If the growth of E-commerce happens as I expect it will then it stands to reason that this sector will also be a key contributor to job creation in the region.

Keep in mind the global supply chain is evolving at a faster rate than ever before; we are all part of the evolution and its a positive thing.

In his new book Global Supply Chain Ecosystems Mark Millar writes: Despite the volatility of recent decades  political upheaval, spikes in energy costs, wars and terrorism, environmental issues  the volume of goods moved internationally has grown far beyond what most would have forecast.

Measured at current US dollar prices the World Trade Organisation figures for gross imports and exports show that in 1973 the figure was $1.175 billion and by 2013 this figure had already risen 32 times to $37.658billion.
I think Marks first comment really hits the spot and the figures speak for themselves.

So my final thought as we wave goodbye to 2015 is that its time for us all to reflect on the tough and ever changing market conditions we have all worked so hard to endure over the previous 12 months.

Reflect on the year gone by smile about the positives learn from the negatives and be ready to face this year confident in the knowledge that everything the market has thrown at you in 2015 has simply made you more resilient, more innovative and more experienced than ever before. On reflection, 2015 was a year that saw the air and sea freight operators reach a turning point in having to deal with critical issues of over sized capacity with dwindling space demand. Global economies have also felt the brunt of low trade activities with volatile commodity prices and trade deficits dealing with a nervous global market in 2015 compared to 2014/13.

The oil price today sits below $40 a barrel which is unprecedented and has influenced a range of reform in manufacturing and logistics industry practices in 2015, positive or negative for some in the end to end fulfillment.
Many leading manufacturers, retail, finance, oil and gas and luxury goods verticals are operating under suppressed market conditions in 2015 causing revenues and profit forecasts to be adjusted to accommodate the shifting sands. The notion of financial security is at an all time high.

We will see more technological disruptions in the online transactions and E-commerce space with the merging of the physical and virtual worlds benefitting consumer economies.

The top integrators have been put on notice that no one is safe on past legacy systems anymore as new start-ups are finding new ways to effectively disrupt the B2B and B2C verticals offering smarter solutions, increased dependency through aided commerce, efficient mobile smart app technology offerings befitting scale, faster time to market and reduced cost economies through network consolidations. Convenience and lifestyle are the brands of choice for 2016.

Data integrity, security and mobility are high on the list of online transactions offering consumers access to anything anywhere anytime, up to last mile delivery to the most remote corners, making the world a smaller place.

A further shift in global economic power from the West to the East will see increases in dynamic expansion of the emerging markets, which will continue to take shape for the next few years.

China and India will be at the forefront in creating polarisation of demand on a global scale. 2015 saw a growing realisation that conventional people practices which HR leaders have used for years may not work in the volatile, uncertain, complex and ambiguous world of work today. The truism that an organisation is only as good as it people has never been more apt.

We have seen the need for dramatic change in approaches to leadership, talent management and almost every area of people management.

Thanks to communication technology the line between work and life is fading with people being always on. Cognitive technologies are displacing workers and dramatically changing job design. Millenials expect greater responsibility and rapid growth to Leadership roles with purpose and flexibility.

Deloittes Global Human Capital Trends 2015 report, lists culture and engagement, leadership and learning and development as the top three human capital challenges in 2015 globally. The Middle East ranking is slightly different with learning and development, reinventing HR, culture and leadership as the top priorities. What were earlier considered softer areas have now become critical to enable organisations prepare for the  future.

Companies across the globe have started taking a long hard look at the way they manage people. Agile and disruptive have entered the lexicon of management speak. With high profile companies like Accenture, GE, Microsoft and Adobe ditching formal annual reviews the HR community is left wondering what will replace one of the mainstays of their function. Enter agile performance management. While easy to describe in theory, the challenge going forward will be how to make it work.

2016 will be a year for huge change in people management practices.  A broader definition of talent, Hiring for potential and learning agility vs experience, agile performance management, job redesign and effective application of HR analytics will be some of the key trends.  HR leaders and their teams will need to re-invent themselves to meet the challenge of a whole new world. In the beginning of 2015 we saw a lot of optimism, especially in the booming food and beverage sector. Many small to mid-size companies had ambitious growth plans looking to relocate to new facilities. This sector is still relying on manual tasks and insufficient production planning methodology. The older and established factories are facing a lot of cost pressure from the new and more efficient competitors who have invested in integrated production lines and well-planned factory layouts. Hence, just moving to a larger facility and bringing along the in-efficient work practices while adding new products that they had no experience with, seemed to be a rather risky strategy. When the forecasted sales numbers did not materialise in mid 2015, many of these projects were put on hold due to budget constraints. Only the larger companies followed through and embarked on automation projects for their national distribution centers.

Furthermore the spending cuts in the oil and gas sector due to the low oil price affected many other smaller suppliers. Everyone suddenly felt the need to improve efficiency and to adapt more quickly to changing market conditions. Only the airlines dont seem to be affected by it all, they continue to grow fast and keep buzzing, trying to add system capacity as fast as the market demands. The construction business continued strong, so the order books of their suppliers e.g. for facades and interior fit-outs are more than full for the coming year.

2016 will see those who take continuous improvement seriously and had dedicated resources for lean initiatives to be ahead of the game. Others fell back into habits before the last crisis, just adding new machines and people to boost production output without a clear market strategy, they will face over-capacities and losses. Smart managers who took the opportunity to enhance productivity by investing in integrated IT and revising business processes will see a good return of investment. We will see again a wave of market consolidation with the risk of smaller businesses exiting or being taken over by larger corporations.

The oil and gas sector will continue to undergo major cost-saving initiatives to enhance productivity in order to sustain in the long-term global price battle. This will also be pushed onto many of their suppliers who will find themselves in a fierce price struggle as procurement managers will review every agreement for cost saving potential. 2016 will be a good year for professionals with a solid track record of change management who can help companies who havent yet transitioned into the modern economy. The cycles of economic boom and contraction are getting shorter in the Middle East, which will clean the market furthermore of inefficient practices. My core focus is the coaching side of the business and throughout 2015 its been encouraging to see a growing interest in, and demand for, coaching and mentoring services across the MEA region, especially from the smaller and mid-size organisations. I think this has been largely due to a higher awareness around the benefits of coaching leading to an increasing number of individuals and business leaders turning to external coaches for support.
To date the majority of organisations using performance and leadership coaches are mainly concentrated in the higher-income regions of North America, Western Europe and Oceania. Nonetheless, the coaching profession appears to be showing more rapid growth in the emerging markets especially Latin America, the Caribbean as well as Asia and MEA.

A recent publication from the International Coaching Federation shows that they increased the number of active memberships by 4% from 2014 to 2015 and they currently have more than 25,050 members in 136 countries around the globe.

Only 940 of these members are from the MEA region so I certainly expect to see these numbers rising across MEA from 2016 onwards as coaching becomes more prevalent in this region. I think a contributing factor to this will be the growth and development of the Internet of Things (IoT) and the growing e-commerce market as the need for people to be constantly innovating and developing new skills and thought processes is becoming more important than ever.

Its my view that organisations will increasingly look for different ways to develop and motivate their people and I am pretty sure coaching and mentoring will play an important part in this.