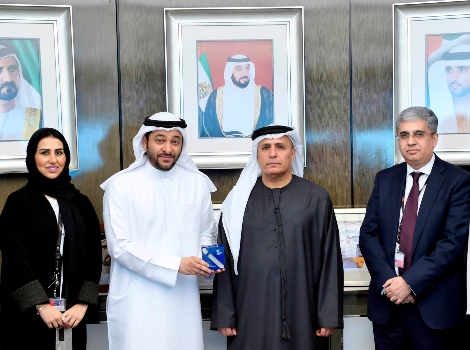 Dubai’s Roads and Transport Authority (RTA) has scooped two reputed international awards amid high local, regional and global competitors. The first was the Global Benchmarking Award presented by the Global Benchmarking Network (GBN) in collaboration with the European Foundation for Quality Management (EFQM) and Asia Pacific Quality Organisation. The second was the International Innovation Award organised by Enterprise Asia and is considered one of the coveted Asian awards in this field.

HE Mattar Al Tayer, Director-General and Chairman of the Board of Executive Directors of RTA, was delighted with the winning of these two global awards presented by two highly reputed international organisations. The achievement echoes the efforts put by RTA in innovation & benchmarking; two key drivers of development and corporate excellence. Al Tayer called for mustering more efforts to win more of these awards to enhance the image of RTA at the regional and global levels.

Al Tayer made these remarks upon accepting the awards from Nasser Bu Shehab, CEO of Strategy & Corporate Governance, in the presence of Amair Saleem, Director of Knowledge & Innovation, and a host of concerned staffs of RTA.

“For the Benchmarking Award, RTA has made a visual presentation spotlighting the benchmarking experience of Strategy & Corporate Governance Sector and how it had leveraged the corporate performance across RTA. The competition for the Award was very fierce with a cohort of leading local, regional and global entities,” commented Bu Shehab.

“As for the International Innovation Award, the RTA is considered the first entity to win this award first time out. The Award is granted to public and private organisations, which had made intensive investment in innovation in a way translating into excellent achievements and leadership in the business sector. RTA has won this Award for its project: RTA’s IDEA Management System is Our Innovation.

The Project comprises three elements: Idea Clinic, Fast Track and the Explorer. Several entities from all over the globe competed for the Award. As such, obtaining it is a quantum addition to RTA’s knowledge & innovation record. It also contributes to achieving RTA’s 7th Strategic Goal (Advance RTA); which corresponds to the Dubai Government drive to empower Dubai to play a pioneering role at all levels.