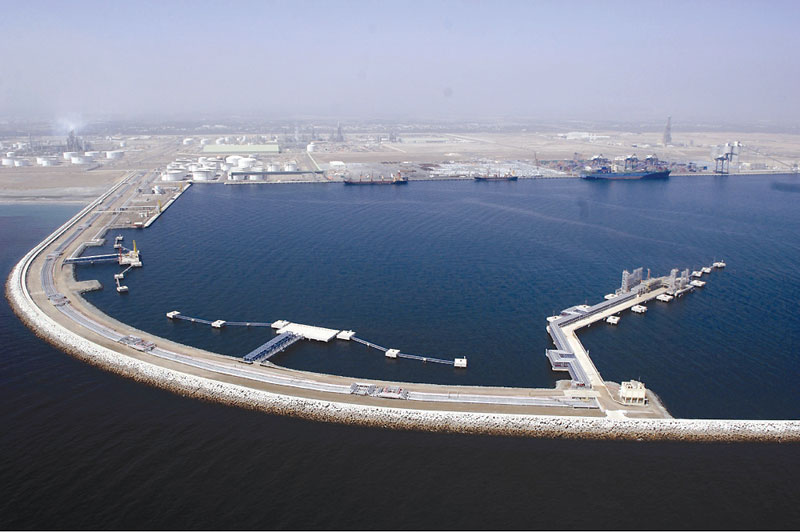 Oman’s Sohar Port and Freezone has reported that container traffic at the port was up 15% in 2016 compared to 2015, despite generally lower revenues and a slump in activity in the global maritime industry.

The port’s break bulk was up by 18% and liquid bulk throughput increased 12% year-on-year, the company said.

Sohar Port, which topped an average of one million tonnes a week for 2016, received over 2,600 vessel calls in 2016, also a significant increase in numbers despite the global trend towards larger ships.

Sohar Port CEO, Mark Geilenkirchen, said: One of our goals is to maximise our prime strategic location, advanced logistics infrastructure, and optimal connectivity to help reduce the 70% gap between food consumption and food production in the GCC; our new Food Zone development will also be seamlessly integrated with the sultanates other food security efforts.

Sohar Port South is a significant land reclamation area, currently under construction, designed to accommodate new industrial projects that will be announced soon. The project will include new, deep-water berths to the south of the existing port area. It will give a substantial boost to the Sultanates diversification efforts, aimed to increase the contribution of non-oil sectors to GDP.

Sohar Freezone will also witness a number of new developments in 2017, as plans for the second phase of the Freezone take shape. The first 500ha of phase one has almost all been leased out, explained Freezone CEO Jamal T Aziz.

We are currently improving the business environment based on the output received from the Sultanates Tanfeedh process. This includes further streamlining the Freezones One-Stop-Shop procedures for investors and ensuring that international best practices are applied. A new bonded road corridor, featuring the latest international customs procedures, will further improve connectivity between the Port and adjacent Freezone.

Probably the most futuristic plans on the table were for an Innovation Zone inside the new Freezone area, to be built in close cooperation with Port of Rotterdam.