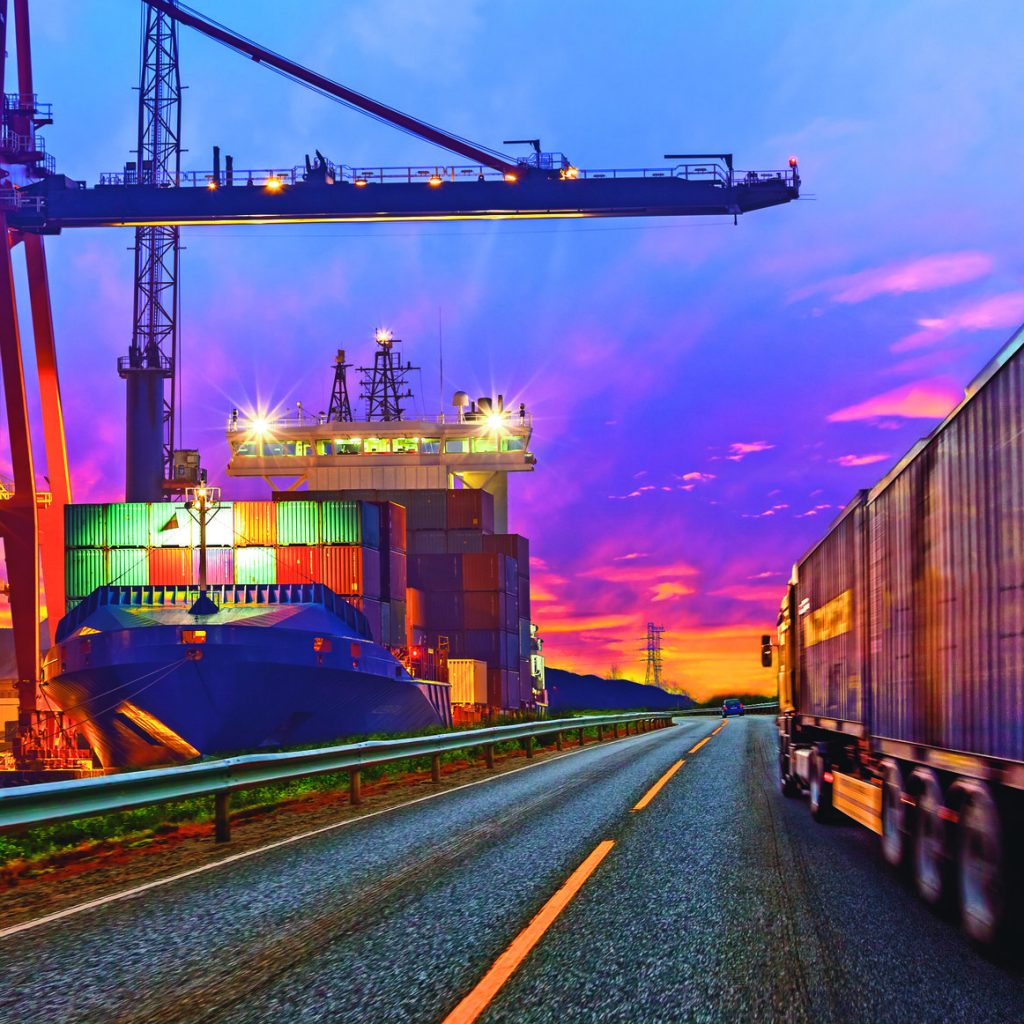 With some experts estimating the industry is around six years behind the global adoption of telematics, Sindhu Hariharan explores the benefits of adopting the technology and detrimental effects of ignoring it

If you are a company with commercial fleet operations, it is likely that mandates like reduction of fleet costs, fuel price volatility, fleet safety and smart fleet management figure on top of your priority list. If one were to say that a single technological tool exists now encompassing all these targets, they would not be exaggerating.

The exciting era of Internet of Everything (IoE) that we have entered, offers answers for various operational questions of logistics players. IT giant CISCO estimates that, by 2020, there will be more than 50 billion devices communicating with one another and offering useful insights harnessing the power of Internet.

Technology and the Logistics industry

Globally, the logistics industry has been an early adopter of digitization techniques like RFID scanners and load monitoring sensors. However, experts say that even the mature European and US markets have not yet fully realised the potential of IoE in logistics.

To use the technological cliché, big data has enabled better understanding of huge data generated from various systems in the value chain. Behind this over-used term lie its genuine benefits. Complex operational data can be collected, analysed and stored centrally, providing management with much-needed metrics for policymaking.
Telematics is one such tool that remains to be exploited to its complete potential by the emerging MENA market. In the simplest form, telematics involves sending, receiving and storing information relating to remote objects using telecommunication devices.

In addition to performing basic functions of tracking and tracing locations of vehicles and other assets, a telematics system can also give you insights on its idling status and usage among other things.

Global marketing intelligence firm ABI Research estimates the current size of the global commercial telematics market at around $15 billion growing at 18% annually with roughly 30 million subscriptions making up this revenue.  According to ABIs research data, commercial telematics subscriptions in the Middle East and Africa (MEA) region are estimated grow from 1.82 million in 2015 to 4 million in 2020, at a CAGR of 17%.

As per research firm MarketsandMarkets, geographically, Europe is expected to be the largest market in terms of size for commercial telematics while MEA and Asia-Pacific (APAC) are estimated to experience increased market traction, during the period 2015 to 2020.

The adoption of telematics by the industry has been slow in this region. I would think that right now we are around six years behind the developed markets, John Taylor, COO of SITECH Gulf states.  SITECH Gulf distributes end-to-end machine control solutions for heavy machinery and service vehicles in UAE, Oman, Qatar, Bahrain and Kuwait.

While agreeing that telematics is at an early stage of development in MENA, stakeholders admit to winds of change when it comes to logistics players embracing telematics. Customer requirements, increased competition and margin pressures have urged fleet operators to look beyond standard track and trace solutions, say industry players.

Location Solutions, a Dubai-based telematics provider with offices in Saudi Arabia, Qatar, Egypt, Europe and the US backs this trend. Customers are demanding more metrics including elaborate reports on location of their vehicles, on driver performance and vehicle utilisation among others, states Zaim Azrak, CEO, Location Solutions.

Until five years ago, telematics systems were not well-known in the MENA region. Currently these systems have become almost an indispensable technology investment for private companies and public institutions, Özer H?ncal, CEO, Arvento Mobile Systems, a mobile-tracking systems company based in Turkey, comments.

Interestingly, it is not taking long for end users to reap benefits of these systems. A significant benefit of using telematics is proactive management. The organisations culture transforms from reactive measures to preventive safety programs.

Beneficial alerts obtained from telematics that help in informed decision making are: vehicle idling, fuel consumption, report on operations outside designated routes or hours, suspicious stops, under-utilisation of machinery, alerts on nature of maintenance and so on. In short, telematics can function as the voice of the truck or machinery and communicate about its working.

In addition, the two-way communication features and in-vehicle video devices, can be used by the management to coach drivers on driving behaviour and in fact the drivers can even themselves evaluate their skills.

Brodie von Berg, sales and marketing director, Mix Telematics – Middle East and Asia (a global fleet management solutions provider) lists out customer testimonials of value derived out of telematics. One of our key customers in the region achieved a 72% sustained improvement in driver behaviour only six weeks after installing our solution. The same customer also achieved a 15% reduction in fuel costs within 12 months, says Berg. Mix Telematics said that general contractors Abdullah A.M. Al Khodari Sons Company (KSC), another one of their customers have even been able to control illegal practices like junk yard trade by drivers, by monitoring suspicious stops along pre-decided routes.

Telematics suppliers pitching their solutions to companies in MENA face a constant question from the operators, especially from small and medium sized ones: the question of cost.

Most telematics providers say that hardware costs associated with the technology have dropped in the past five years and the price of connectivity/network varies depending on mobile operator and country.

In todays climate, telematics vendors offer bundled options that involve monthly fee covering hardware, installation, maintenance and services with no additional costs. This means there is no capital purchase involved, Berg points out.

Location Solutions urges end users to look at telematics as an investment rather than a cost. The ROI is usually achieved within three to six months over the entire fleet and the running cost of operations is highly reduced. Fleet owners are achieving up to 30% reduction in total running cost after adopting telematics, stresses Azrak.

However, for end-to-end control of supply chain, telematics needs to go beyond fleet management and must be able to interact with other tech platforms like a companys ERPs for instance.

We have engineers who can work with the clients IT department on the best method to integrate the telematics data with their existing ERP, says Azrak.

Despite all the positives, the path to sweeping adoption of telematics in MENA is not without hurdles. Right from the terminology to the utility, it is a concept alien to traditional transporters.

The initial challenge we faced when we first stepped into MENA was the lack of recognition and utilisation of fleet telematics. We had to relentlessly carry out a multitude of demos and projects to build the popularity of our fleet telematics practices among fleet owners, explains H?ncal of Arvento.

There is also the network issue to be addressed, known as blind spots. When vehicles or ships pass through certain locations, communication is hampered due to inconsistent network coverage, thus affecting overall efficiency of the system for a certain period. Furthermore, a standardised telematics platform would speed up the development of the commercial telematics market, Chinmay Shirsat, analyst, MarketsandMarkets (a global market research and consulting firm) explains.

As with any system dealing with large data, security is another important consideration. Companies need to ensure that data is encrypted and the reports are available only to authorised personnel and only on approved devices.

Perhaps the biggest hurdle in growth of this technology is the change management program that an organisation requires. Companies need staff that can understand the system and extract value from it. With the right people on board and the right training, the market potential in the region is huge, Taylor of SITECH Gulf remarks.

Traditionally South Africa has seen huge interest in stolen vehicle tracking while oil and gas segment in the Middle East has been a key driver. ABIs data shows that Western players like Telogis, Microlise, Transics (Wabco), TomTom Telematics and Geotab are all keen to enter the MENA market.

With fleet management suppliers turning their attention away from BRICS countries due to economic and regulatory hurdles, analysts say that MENAs telematics market is poised for and interesting growth trajectory. GCCs strong network and road infrastructure and key future events like FIFA World Cup in Qatar and Expo 2020 in UAE has already made it a front-runner in this race to be smart transporters.

Though slow and steady, growth of telematics in MENA is very real and evident.