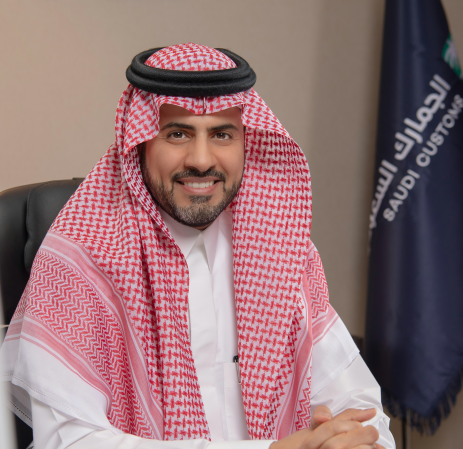 H.E. Mr. Ahmed Abdulaziz Alhakbani was appointed to the role of the Governor of Saudi General Customs Authority since January 2017.

In 2008, he was appointed as I.T. and Strategy Advisor to the Deputy Minister of Planning and I.T. at the Ministry of Education (Previously named Ministry of Higher Education), primarily focusing on developing the Ministry’s e-government strategy and launching its online portal. H.E. Mr. Alhakbani was Director-General of Information and Technology. He led the transformation project at the Ministry of Foreign Affairs between 2010 to 2013. He also served as Secretary-General and board member in the Saudi Exports Development Authority (Saudi Exports) from 2013 to 2017. During which, he was the Former Deputy Minister of Foreign Trade at the Ministry of Commerce and Investment during 2016, and overlooking all the government’s international commercial offices worldwide.
H.E. Mr. Alhakbani launched his Microsoft career, where he managed leading corporate accounts for Saudi publicly listed companies. He later became a technical consultant for Microsoft at various government agencies and authorities from 2002 to 2004.

Later in 2004, he joined the first national e-government program “Yesser” and held the project manager position between 2004 and 2006. In 2006, he joined Cisco Systems as a Business Development Manager for the Economic Cities Project, which he received an Extraordinary Achievement Award from Cisco’s Chairman and CEO in 2008.
Furthermore, and throughout his career, H.E. Mr. Alhakbani has utilized his academic and professional experience in supporting technology startups as an investor or partner or part of the initial startup team.

He holds a full-time MBA degree from INSEAD and a Bachelor of Science in Computer Information Systems from King Saud University in Riyadh. He also completed executive education courses at the London School of Economics and Political Science and IMD Business School in Lausanne.