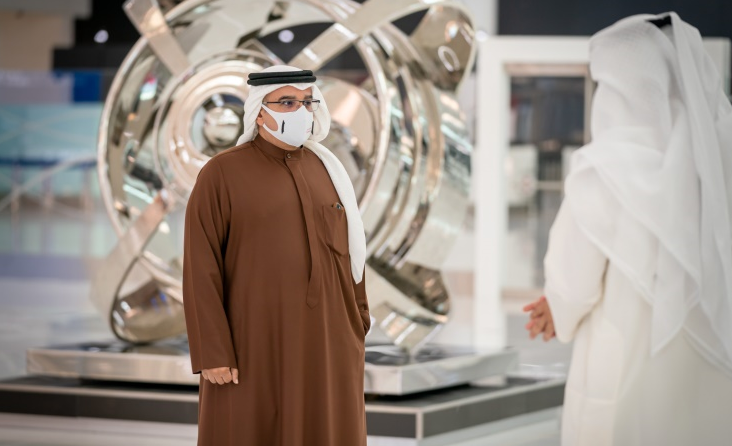 As reported by Bahrain News Agency, His Royal Highness Prince Salman bin Hamad Al Khalifa, the Crown Prince and Prime Minister, toured Bahrain International Airport, to review developments on the Airport Expansion Project, and the readiness of the new Passenger Terminal Building, in advance of its opening.

HRH the Crown Prince and Prime Minister praised the skill and dedication demonstrated by Bahraini’s working together to enhance important national assets in the Kingdom, adding that the Airport Expansion Project will expand enhance the Kingdom’s connectivity and further strengthens its position as an increasingly important hub in the region. Moreover, the program project provides quality opportunities for citizens within the Kingdom’s logistics sector, a key priority sector of Bahrain’s diversifying economy.

HRH the Crown Prince and Prime Minister then toured the new Passenger Terminal Building, accompanied by the Deputy Prime Minister and Chairman of the Ministerial Committee for Development and Infrastructure Projects, HE Shaikh Khalid bin Abdullah Al Khalifa, and the Minister of Finance and National Economy, HE Shaikh Salman bin Khalifa Al Khalifa.

During the tour, HRH the Crown Prince and Prime Minister was briefed by the Minister of Transportation and Telecommunication, HE Kamal bin Ahmed, on the latest developments of the Airport Expansion Project as well as the completion of the new Passenger Terminal Building, designed and constructed using the latest in innovative technologies and consistent with international standards and environmental best practice.

The Airport Expansion Project is one of the Kingdom’s largest national development projects within air transportation in the last twenty years. The project includes a new Passenger Terminal Building, four times the size of the current building, with increased capacity of 14 million passengers annually.

For his part, HE Kamal bin Ahmed expressed his gratitude for HRH the Crown Prince and Prime Minister’s continued commitment to the Kingdom’s logistics sector, adding that developments within the sector will contribute to achieving Bahrain’s Economic Vision 2030, supporting the development of a sustainable and diversified economy. HE Kamal Ahmed further added that the project will serve as a major driving force for the Kingdom’s trade, tourism and travel sectors.