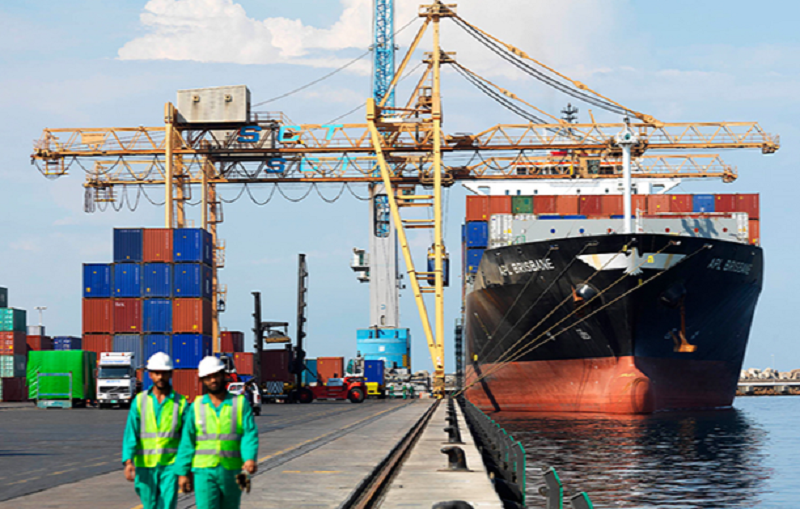 Initiatives such as: dredging to 14m datum, employing, and training young Saudis in key positions and revamping the port’s IT system, has enhanced JCP’s export and import operations, and overall efficiency. These improvements are projected to contribute to Jubail’s GDP by more than USD 100 million.

The arrival of the new equipment, including three Super Post-Panamax quay cranes, five rubber tyre gantries, and 18 reefer gantries increased the handling capacity of the port by up to 1.8 million twenty-foot equivalent units (TEUs).

These enhancements have also enabled the port to handle the majority of the 1 million TEU export market in the province and prepares the Port for the upcoming growth in the Polymers expansion and general cargo imports for the oil and gas sector.

The recent initiative is in line with the National Ports and Logistic Development Programme and the Saudi 2030 Vision’s third pillar covering container and general cargo ports, ro-ro operations, logistics, and bonded re-export zones.

While this investment solves the medium-term logistic issues, GSCCO is discussing further development of the JCP, supporting the expansion of Jubail and Raz Al Khair and the transformation of the Kingdom as a global hub connecting Asia, Europe, and Africa.

Currently, the port has quay crane rates of more than 35 moves per hour (MPH) for containers, making GSCCO one of the most productive terminal operators in the Gulf region.

GSCCO reported that some major mainline vessels have already committed to the support of the Jubail expansion following the recent developments as part of the expansion drive. With the enhanced draft of 14 m (15 m depending on the tide), the port also expects to handle vessels that have a 16,000 TEU capacity.

Commenting on the recent initiative made by GSCCO, Jason French, the MD of GSCCO, said: “GSCCO is proud to continue to support the transformation that Jubail Commercial Port has undergone since we first started handling operations, and we look forward to expanding further to support major exporters and importers and the greater city of Jubail.

“With the support and backing of the Gulftainer Group, we continue to lead the way in the development of the supply chain in KSA, in line with the Saudi Vision 2030.”

GSCCO’s partnership with Saudi Ports Authority (Mawani) and the Ministry of Transportation (MOT) were also a crucial part of the investment strategy’s success.

Since 2008, the Gulftainer subsidiary has collaborated with the Saudi authorities and developed the Jubail port, increasing its capacity from 50,000 TEUs to 700,000 TEUs prior to the recent investment.

With the installation of additional equipment, GSCCO also expects the port to offer a new gateway for imports to the recently opened International Maritime Industries Complex in Ras Al Khair, which is about 60 km north of Jubail.

“While the Jubail port already records the highest individual quay crane productivity rate in the KSA, we expect the addition of three quay cranes to double the vessel operating rate (VOR) on mainline vessels. This will help ensure faster turnaround and assist shipping lines in reducing costs by approximately 25%,” French added.

In January 2021, GSCCO also opened its inland container depot (ICD) and empty container yard inside the Jubail port, which has enhanced the flexibility of all exporters and is expanding to handle more imports and General cargo handling/ storage, for major engineering, procurement, construction, and installation (EPCI)  companies.