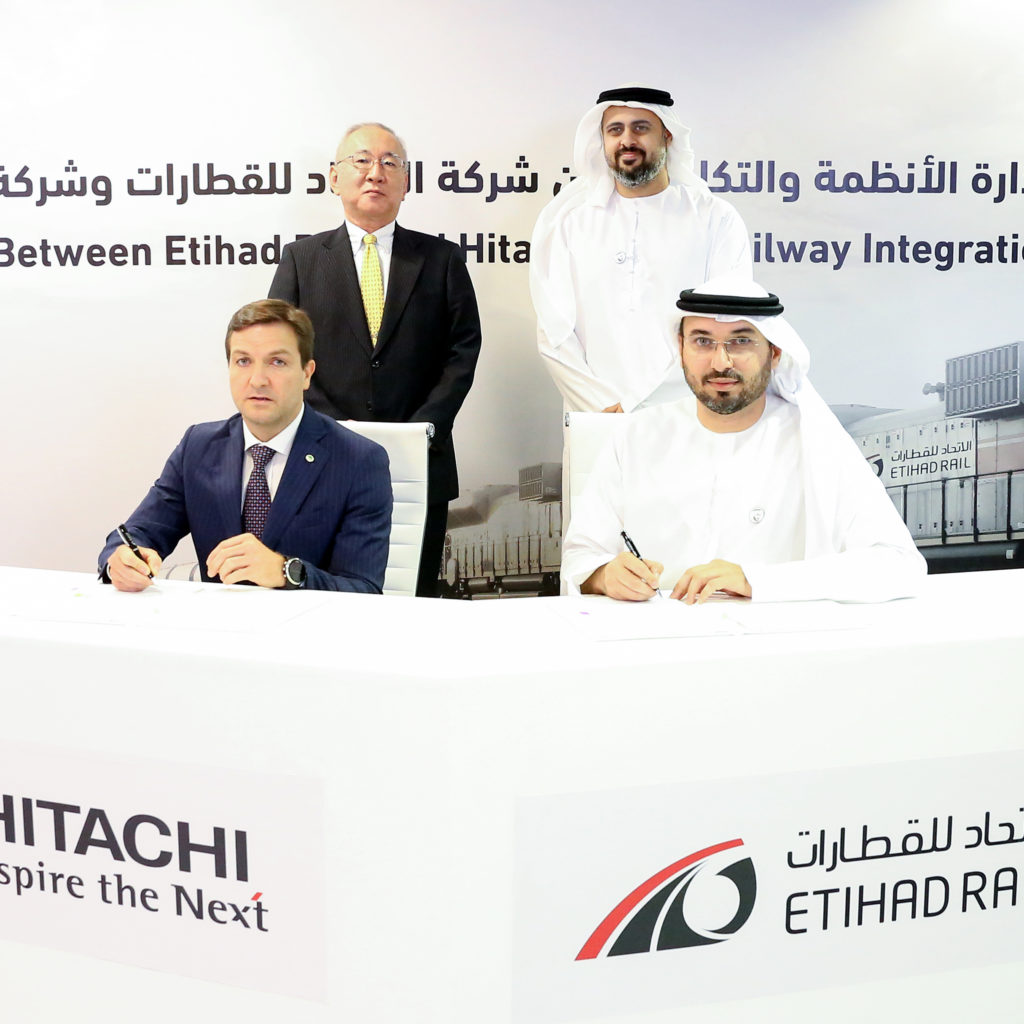 Etihad Rail, the developer and operator of the UAE’s national railway, has approved the award of the systems and integration contract for Stage Two of the UAE’s national railway network at a total cost of AED 1.6 billion during a Board meeting chaired by His Highness Sheikh Theyab bin Mohamed bin Zayed Al Nahyan, Member of the Abu Dhabi Executive Council and Chairman of Etihad Rail.

Speaking on the occasion, His Highness Sheikh Theyab bin Mohamed bin Zayed Al Nahyan said: “We are working with a strong will and determination to achieve a secure, modern and sustainable national railway network, and the awarding of the systems and integration contract is an important step in accomplishing this national strategic project, which is the future of a new transport sector in the country, and upgrades the transport and shipping sector in the UAE by linking ports to economic, industrial and residential areas.”

His Highness added: “The national railway network will operate according to the latest technologies adopted for operating systems and to the highest international standards, to connect the emirates of the UAE. It contributes to economic and social development by linking strategic ports, manufacturing and production points and population centers, enhancing the transport sector in the country and leading to a qualitative shift in the movement of freight and logistics sector.”

Christian Andi, Hitachi Rail STS Business Unit President EMEA said: “We are proud and honored to be entrusted by Etihad Rail for this cutting-edge railway project and to contribute to the development of UAE fully diversified and sustainable economy.”

Hitachi Rail STS will be responsible for the design and build of railway systems related to its subsystems, in coordination with other Stage Two works and contracts, as well as managing uptime and operation tests.

With the signing of this agreement, Etihad Rail reaffirms its commitment to maintaining the highest levels of efficiency and safety in accordance with the latest international standards. The trains will be equipped with the latest European signaling system inside the locomotives (ETCS Level 2), which will ensure that trains can easily move between GCC countries without stopping at the borders.

The network will be equipped with a communications system and modern control center with its main operations in Faya and another in Mirfa to support and provide maximum safety and efficiency around the clock. The center can pinpoint the location of a train at any time, and has the ability to control the speed limit and even stop the train when necessary. In addition, Etihad Rail is installing surveillance cameras and is following all necessary security procedures in coordination with the police departments of each emirate in the country.

The Hitachi Rail STS power system will become the longest distribution network in the country running for a length of 800 km and handling power of 11 kV (medium-high power). An important technical feature is that the operations center will include a Crisis Management Unit able to communicate with all concerned parties across the UAE when needed, for example the Abu Dhabi Police, Civil Defence, etc.).

In addition, cameras and temperature sensors will be installed to detect any movement around the train track and route corridors. The network will be enhanced by preventive maintenance, where the system identifies predictions of potential errors before they occur and technicians can be immediately sent to carry out repairs, thus increasing the reliability of the network.

His Highness Sheikh Theyab bin Mohamed expressed his gratitude to the wise leadership, the government of Abu Dhabi and federal government departments for their support for this national project, which links the emirates and connects the country with neighbouring GCC countries. He also praised the efforts of the Board of Directors in achieving Etihad Rail’s strategy and meeting its future aspirations, commending their hard work.