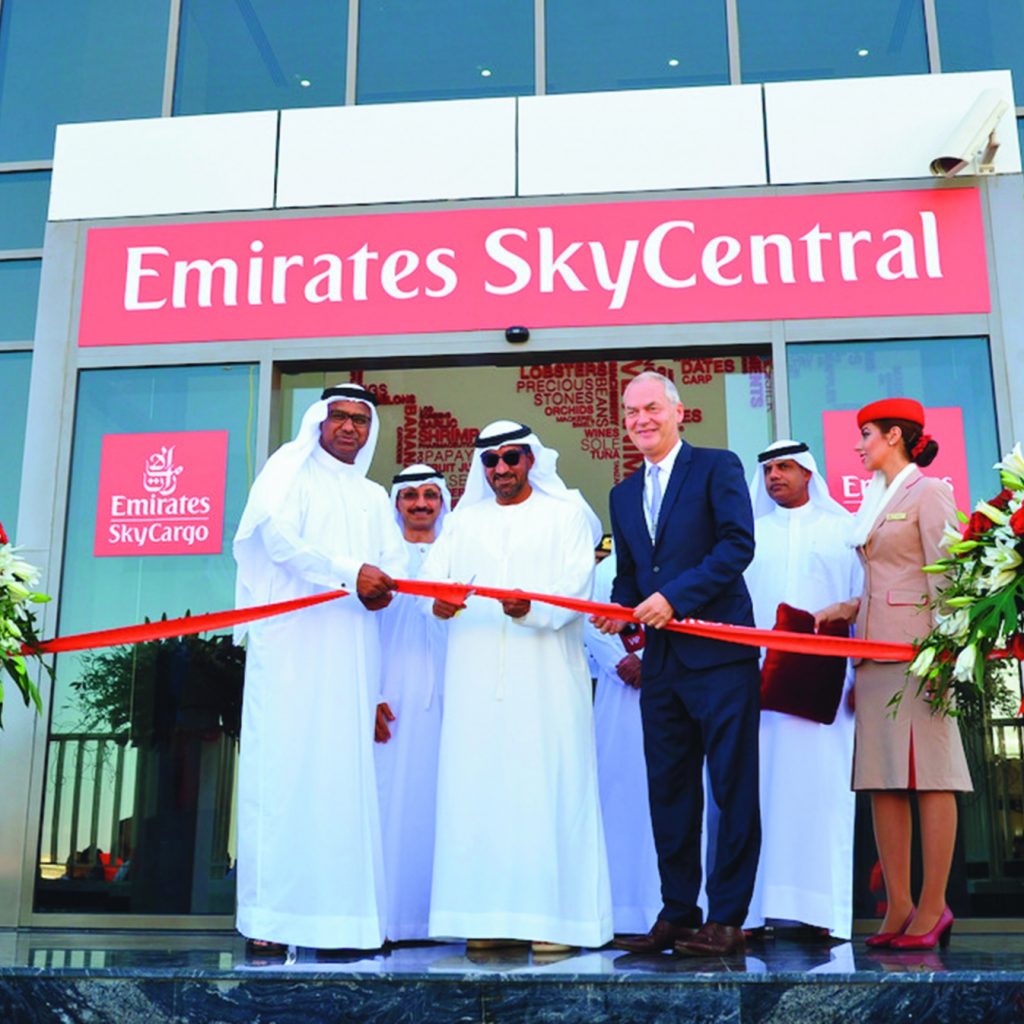 Official opened at Dubai Airshow 2015, Emirates SkyCentral is the new freighter terminal for Emirates SkyCargo. Logistics News ME goes behind the scenes

It has been hailed by group executives as consolidating Dubais excellence, setting world class standards and enhancing Dubais position as a leading global air cargo and logistics hub.

It is also the latest in a string of major announcements to come out of Dubai South.

Named Emirates SkyCentral, the cargo facility is the home of Emirates SkyCargos fleet of 15 freighter aircraft and was officially opened on the sidelines of the Dubai Air Show. The event was attended by a number of dignitaries, including members of Dubais Executive Council, representatives from various local authorities, members of Emirates senior management, and special invitees.

The opening of Emirates SkyCentral is an important milestone for us, as it represents our vision for future growth and firmly establishes Emirates SkyCargo as the worlds leading air cargo carrier across all its operational areas. The space it currently occupies on the land allocated to us at Dubai South is part of a much bigger area, which we can develop over time to increase our cargo handling capacity to achieve our vision of 12 million tonnes annually by2050, from the current 2.3 million tonnes, said Nabil Sultan, divisional senior vice president, Emirates SkyCargo.

Mohsen Ahmed, vice president, logistics at Dubai South, commented that the launch of the Emirates SkyCargo facility in Dubai South further consolidates Dubais excellence as a logistics hub. Dubai South offers the ideal connection point for sea and air cargo, which calls for rapid movement to the markets of the Middle East, Asia and Africa. Emirates SkyCentral is in close proximity to a dedicated corridor to the Jebel Ali Port and Free Zone and 77km from Dubai International Airport.

Emirates SkyCargo has 47 trucks that ply the virtual corridor between the two airports, with each being equipped with satellite tracking to ensure the safety and security of cargo and staff. The facility features a sophisticated centralised screening and integrated police facility, a dedicated 15,000sqm cool chain area and specific storage areas for goods requiring varying temperature ranges.

Emirates SkyCentral is a dedicated freighter facility and has a capacity for 12 aircraft to be docked directly in front of the terminal.  One of its key advantages is the close proximity of aircraft to the receiving docks, which enables quick movement of goods. The freighters that operate from Emirates SkyCentral fly to more than 50 destinations around the world.

In the 2014-15 financial year, Emirates SkyCargo reported a revenue of $3.4 billion, a 9% increase over the previous year. Contributing 15% of the airlines total transport revenue Emirates SkyCargo continues to play an integral role in the companys expanding operations.

Emirates SkyCargo currently uses cargo hold capacity in Emirates fleet of more than 240 aircraft, including 15 freighters  13 Boeing 777-Fs and two B747-400ERFs  and provides air cargo services to more than 145 destinations around the world.

240 commercial aircraft make up the rest of the Emirates fleet, which link 145 destinations

12 aircraft can be docked in front of the terminal

50 destinations linked to Dubai via SkyCentral

In the 2014-15 financial year, Emirates SkyCargo reported a revenue of $3.4 billion