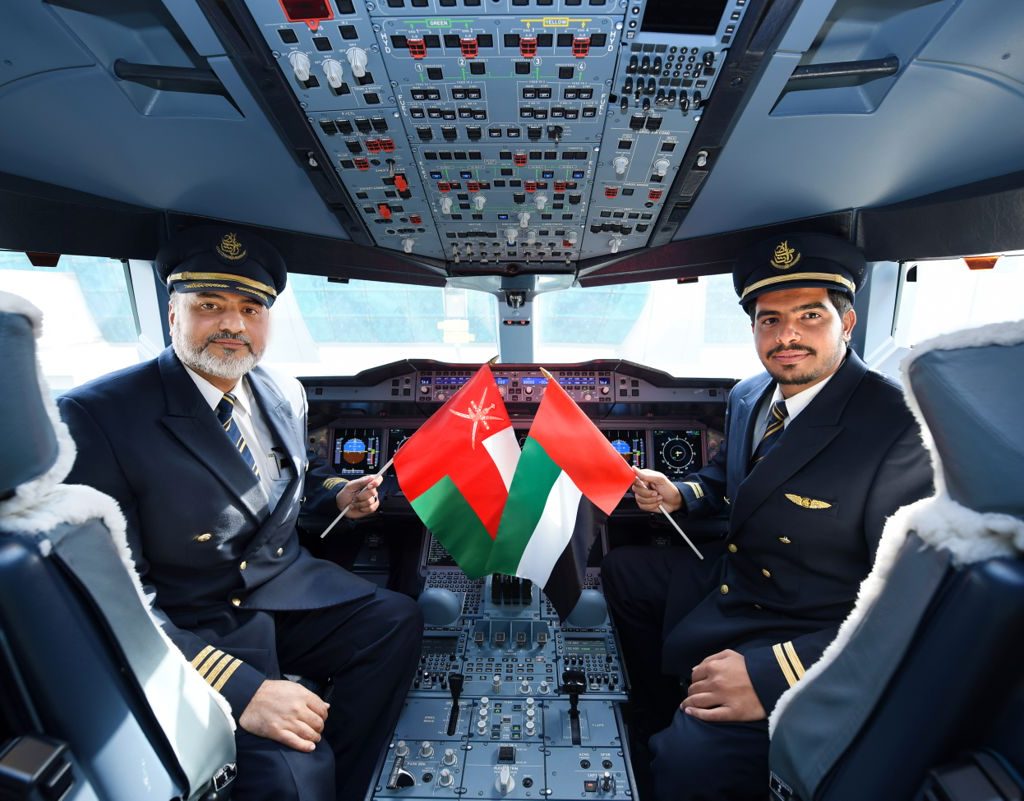 Emirates A380 touched down in Muscat today for a one-off scheduled flight to Muscat International Airport (MCT). This special flight also marks 25 years of Emirates service to Oman, and reaffirms the newly opened airports infrastructure readiness for A380 operations.

The aircraft landed at 0935hrs at Muscat International and was met with a ceremonial water cannon salute. Upon docking at the air bridge, the Emirates delegation was greeted with a welcome ceremony.  Government and trade officials, VIPs, and media members were then offered a guided tour of the A380 by Emirates cabin crew.

Sheikh Majid Al Mualla said: The arrival of the Emirates A380 to the Sultanate of Oman is a significant milestone, commemorating our strong 25 years of partnership with the country. Oman is an important destination in the region for us and we remain committed to providing our customers in Oman with world class services, and to growing our operations further in the market. We thank and share our appreciation to the Muscat International Airport authorities, who have helped make this one-off service a momentous and successful event.

In 1993, Emirates inaugurated its first service to Muscat and since then, has carried more than 4.3 million passengers to and from Oman. The airline started operating with a Boeing 777-200 aircraft with a four weekly services. Today, the airline flies to Muscat with three daily services utilising Boeing 777-300ER aircraft, connecting passengers to over 150 global destinations in Far East, Europe and USA.  Since 2015, Emirates has transported 44,000 tonnes of cargo to and from the country with main export commodities of perishables, including beans and mushrooms and fish.

The airline employs over 55 Omani nationals across the group  of which six are Omani pilots, and four operate the A380. Emirates Skywards, the award winning loyalty programme of Emirates Airline has more than 53,700 Omani members.