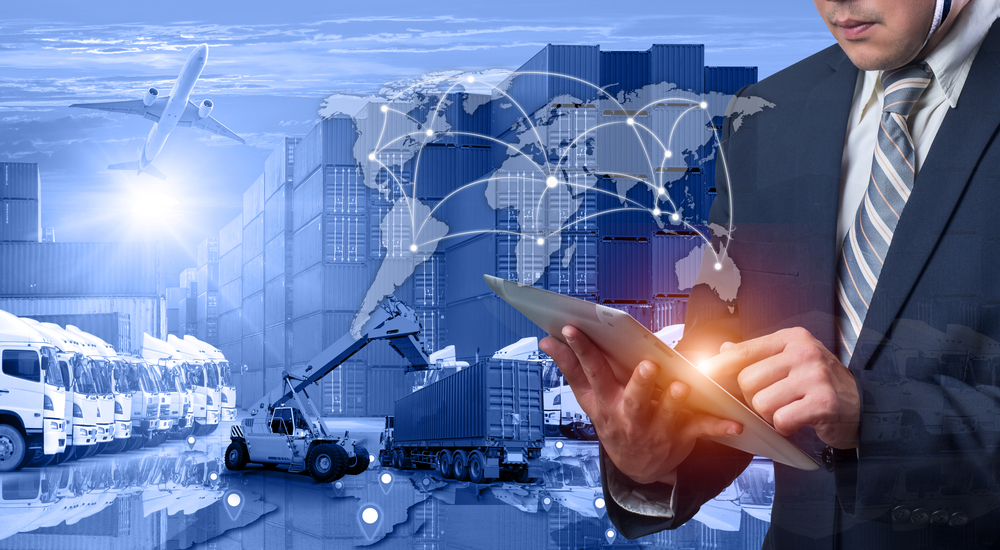 The GCC has been a central logistics node between India, China and the West for centuries. Investment in international connectivity and new digital technologies now give regional nations such as Bahrain a matchless advantage

The GCC has emerged as a global logistics hub, thanks to its geostrategic location at the confluence of three continents, and a rapid embrace of state-of-the-art technologies, such as Bahrain’s pioneering adoption of 5G networking. Those qualities will stand it in good stead as the industry is buffeted by the technologies of the fourth industrial revolution. As cross-platform developments such as artificial intelligence, the Internet of Things and big data intersect with sectoral trends such as digital freight platforms and last-mile e-commerce, GCC nations’ robust infrastructure capabilities will allow companies in the sector to capitalize on new developments.

A range of indices demonstrate the region’s logistics readiness. Bahrain, for example, climbed 15 places to take the 22nd spot in the recently released 2018 DHL Global Connectedness Index, a measure tracking the flows of trade, capital, information and people across national borders. The Agility Emerging Markets Logistics Index 2019, released in January, saw the UAE and Saudi Arabia both ranked in the top 20, while Bahrain climbed six places to rank 16th. Co-ordinated approaches, such as the innovative Team Bahrain action plan, where different official entities work together to offer tailored treatment for manufacturing, transport and logistics companies, have enhanced the GCC’s logistics appeal.

Geographically, the Gulf has much to offer. Its location at the crossroads between Asia, Africa and Europe has seen the region facilitate east-west trade down the centuries – from the days of the ancient Silk Road routes until today. Not only is the Arabian Peninsula well positioned on the world’s busiest maritime route, but the region boasts strong air links with markets in the six inhabited continents, and significant offshore and onshore cargo capacity.

For the great Asian markets of India and China and their suppliers, these are significant logistics advantages. Companies in India and Pakistan, for example, transact with each other via the Gulf – a staggering 68% of trade between the neighbours are shipped through GCC nations. The Gulf firmly anchors China’s One Belt One Road global development project and is considered to be of strategic importance to this new unified marketplace.

GCC nations have strengthened their logistics sectors with world-leading port facilities, warehousing and transportation capabilities as they seek to diversify away from hydrocarbon dependence. The Khalifa Bin Salman Port and its Bahrain Logistics Zone, where annual tonnage has increased 10.9% over the last decade, is already a principal provider of goods to Saudi Arabia and beyond. Bahrain International Airport has seen a complementary $1.1 billion expansion to four times its size, with new facilities slated to open later this year, including a $58.5 million cargo area.

Political treaties further buttress those developments; the US-Bahrain Free Trade Agreement, all trade in industrial and consumer products flows both ways without tariffs, easing the export process on both sides. A company setting up in the Bahrain Logistics Zone would therefore be able to easily ship goods over the causeway from Riyadh to the port of New York and New Jersey with minimum impediments or delays.

Regionally, the GCC is already well linked, with a customs union and a common market; agreements with several Arab states extends that area of co-operation. New developments will speed up logistics processes: the $250-billion GCC Railway, when completed in 2023, will integrate intra-regional trade to a significant extent and put the region on track to becoming the world’s sixth-largest single market before the decade is out.

Perhaps most important, the GCC already boasts a significant digital infrastructure that is still at the planning stage in other countries. The regional company Aramex has already turned to artificial intelligence to optimise its routes.

Support at a national level is helping the change. When a 5G mobile network is launched in Bahrain, for the first time this summer, it will underpin the delivery of live information to connected systems that can track items from factory to consumer as never before. Coupled with a significant improvement in transit times and approvals – Bahrain Customs Affairs is modernising various eCustoms initiatives to improve procedures and increase pre-clearance capabilities – transporting goods becomes quicker than ever.

In Bahrain’s case, it’s also cheaper: the archipelago is already the most cost-effective logistics hub in the region, according to KMPG, with the total cost of doing business between 49-75% lower than its GCC peers. Time costs will also improve. Already, established connections with the wider region means that goods exported to Bahrain can be reshipped to Kochi and Karachi within a week. Add the benefits of digitalisation, and suddenly logistics players gain a very hefty advantage from basing operations in the GCC – one that could endure for years to come.