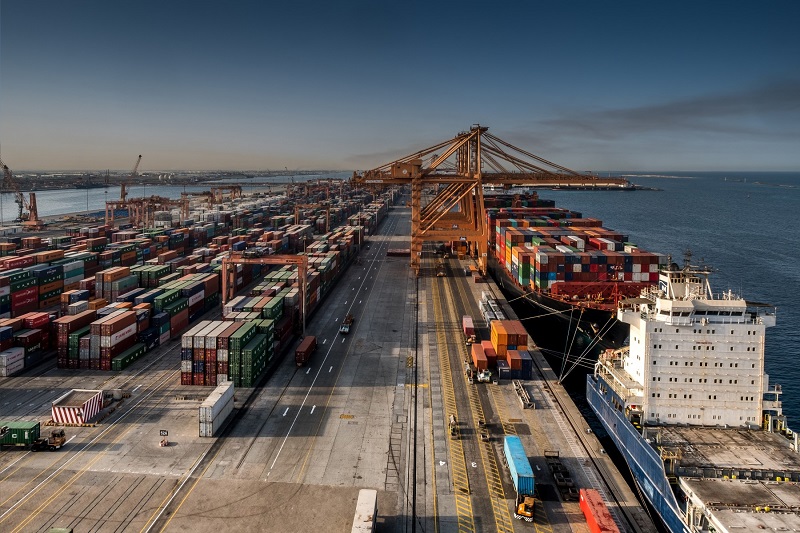 DP World Berbera welcomed the arrival of three new ship-to-shore (STS) gantry cranes, as part of its current project to expand and further develop the Port of Berbera.

The three cranes were brought to the port by the vessel Zhen-Hua 29, and were safely off-loaded in a meticulously planned exercise carried out by DP World Berbera’s management and engineering team, said the company in a statement.

The cranes, at 51m high, each has a capacity of 65 tonnes with an outer reach of 24 rows of containers and will be able to serve some of the largest container ships afloat today, allowing importers and exporters to make the most of the resulting economies of scale.

The arrival of the cranes follows the installation of eight new rubber-tyred gantry (RTG) cranes at the port earlier in January this year.

Suhail Albanna, CEO and MD of DP World Middle East and Africa region, said: “The arrival of the new cranes is another key milestone in the development and expansion of Berbera Port.

“These cranes, in addition to those already installed, will further improve operational efficiencies at Berbera Port and transform it into a modern and world class facility, further strengthening it as a major regional trade port servicing the Horn of Africa.”

DP World has committed to investing up to USD442 million to expand the port, and once completed it will increase capacity by 500,000 TEUs per year.