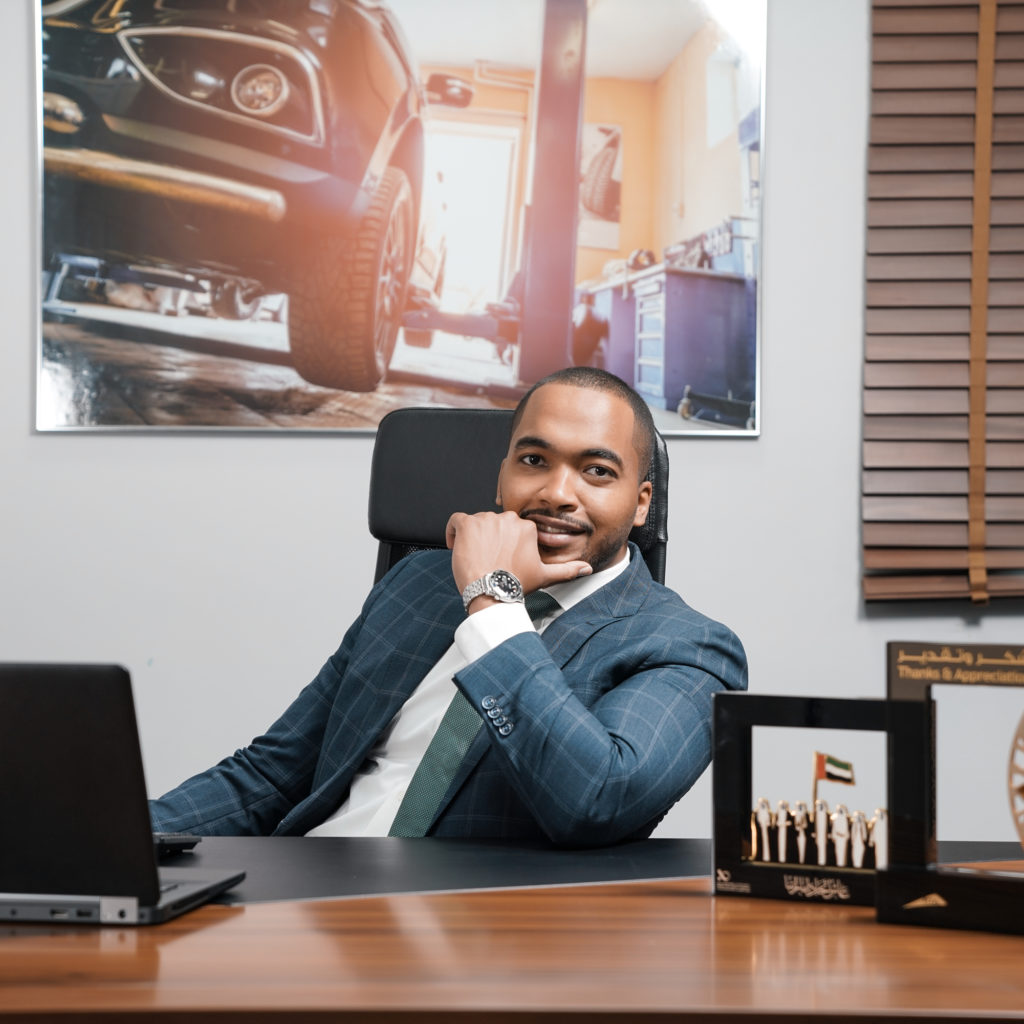 Kasun Illankoon spoke to Oweis Zahran about his rise to the top and how his upbringing shaped him to the person he is today.

As a dynamic entrepreneur in the automotive industry, Oweis Zahran is the force behind launching innovative solutions in this sector in the Middle East. Born and educated in the USA, Oweis has strong affinity to this region since his father set up businesses in the UAE under MZ Holdings in the early 90’s.

MZ Holding has 16 subsidiaries, in three different continents, are primarily in the field of equipment supply, industrial manufacturing, automotive R&D, oil and gas as well as construction.

Before he joined University of Maryland as a business undergraduate he was being mentored by his father and unlike other teenagers he was involved in major international business deals.

“My father is a gem of a guy and in my heart I believe he is a super human. Unfortunately, my father and I have a very formal relationship which at times bothers me, but it allowed me to mature quickly and take charge and helped me develop as a leader. The greatest lesson my father taught me was the art of working globally doing business with different cultures. From a very young age I travelled with him to over 65 countries in a short time witnessing him negotiating and closing deals from people all over the world. This hands-on experience is not something Harvard Business School could teach me,” said Oweis Zahran.

This hand on experience prepared him for a leadership role, which helped in the evolution and expansion of MZ Holdings’ B2C business.

From setting up the largest auto remanufacturing unit in the UAE and expanding it to seven countries to developing exclusive auto solutions with international celebrity to launching a joint venture with Government of Sharjah, Oweis at the age of 28 manages three of its companies that include OWS Auto, Tatra Middle Eat and Transaxle ME.

“The seed of my motivation was sowed in my childhood. I grew up in Brooklyn, New York City and that environment taught me a lot. I watched people around me with great leadership and commanding spirit and how people around me were generous to share their skills with the younger generation. I understand the value and responsibility of being a leader and I take pride in mentoring the friends and family who are still in the ‘hood’,” said Oweis on his what drives him as a business leader.

As a serial entrepreneur, Oweis established Rafid Automotive Solutions in 2017 as a joint venture between Sharjah Asset Management and OWS Auto.

“My partnership with the government of Sharjah led me thinking of ways to improve the overall services being provided and how I can add value to it. With that in mind and the support of the great leadership of Sharjah government the concept of Rafid Automotavie Solution was created to privatize a lot of services with very rigid KPIs that are aligned with the ruler of Sharjah, His Highness Sheikh Sultan Bin Mohammed Al Qasimi’s vision,” said Oweis.

In 2017, Oweis Zahran also launched Voltron Motors in the UAE and the US with Hollywood superstar Tyrese Gibson. “Tyrese and I are more than just business partners – we are as close as brothers. The UAE is second home to both of us and therefore it just made sense to launch a brand together. Our ideas matched and since I was already in the automotive business it all came together very seamlessly. When we presented this to the RTA in Dubai they immediately believed in the vision and partnered up with us to provide luxury transportation services to the Emirate. Today Voltron Motors operate a fleet of high end vehicles (Mercedes) that have been modified to Tyrese’s exclusive design patterns and needless to say that they are quite a hit with the passengers!”

Oweis philanthropic endeavors match his business ambitions. The company runs a small yet significant operation of providing clean drinking water to families in Nigeria and Ghana.

“I started with the conglomerate as an assistant to the sales director and was later promoted to my father’s office as a deputy assistant to the Chairman, so technically my dad’s assistant was my boss. It was tough finding my feet at the MZ Holdings because I was constantly looked at as a boy who was trying to steal the spotlight. Thirteen years later, I do take on the role of an acting chairman in father’s absence and deal with familiar faces on the board who saw me growing up.

I am strong believer of people and process and as a business leader, on an expansion mode, I think these two are the most important elements when setting up multiple business units. Therefore, my goal is always to empower people and embed and implement proper governance throughout the organisation.

It took me 13 years to get to where I am today and I had the opportunity to start young and also a father who gave me the exposure from an early age. But regardless of how long it takes, my advice is to stick to whatever you are good at and never give up. Success is not found overnight and anyone can become a millionaire doing what they love. There are no short cuts but you can have an edge over others by working hard. Talent and luck don’t mean much to me and I strongly believe in putting in the hours and working hard with a passion in your heart,” Oweis concluded.