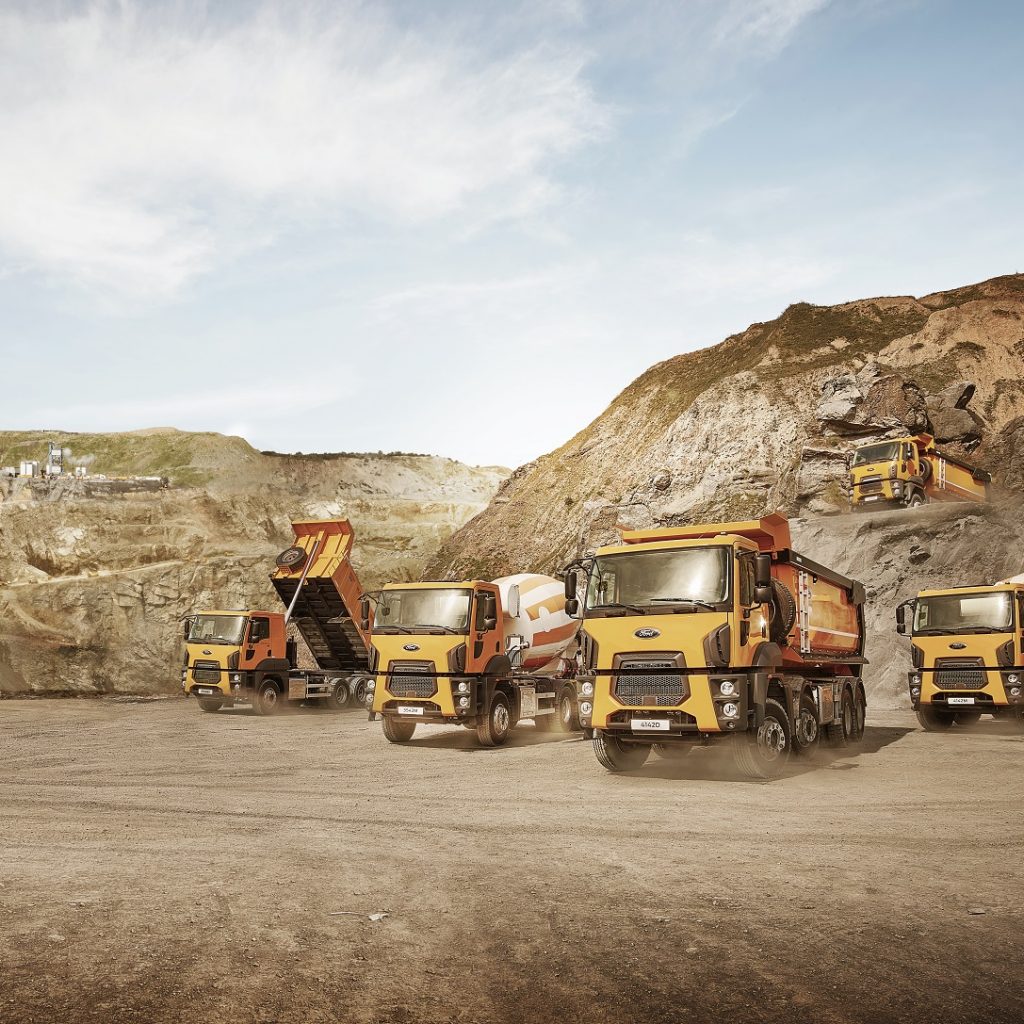 Ford Trucks stood out at PMV Live, and Ercan Emrah Duman says it is determined to continue to take on its more established rivals

It has been two years since Ford Trucks first burst onto the Middle East scene to challenge the status quo of the regions truck market. Even for a famous and global name like Ford, this has been no easy task for international markets director Ercan Emrah Duman and his team.

Pitching up at their basecamp in Dubai in 2014, they faced the seemingly daunting task of scaling up to a summit that competitors like Mercedes and Scania had started to climb decades earlier.

We have to be more aggressive than them, says the ambitious Duman as he looks back on Ford Trucks progress to date. We are a latecomer and we have to work harder and do things better than the others. The recent progress of other rivals such as Volvo and MAN Truck and Bus and their chewing into market share proves that buyers will be receptive to new options  if the product is the right one. Ford Trucks has also beaten its own path since 2014, winning over customers in areas that complement the transmixer and tractor-head models it has developed for the region.

Its presence at last months PMV Live – while most of its competitors sat it out  was an opportunity to show the strength of its ever-evolving construction range but also an indication that it cannot afford to rest still. Duman admits its successes, so far, have been hard won: It is very difficult in the start-up phase. Everybody says their truck is the best quality but you have to prove your confidence in the product.

Duman reveals its debut was the culmination of two further years of development and preparation. Much of the early effort, he says, was expended on developing what was to become its hot climate package: a series of adaptations developed especially for heavy truck buyers in the Gulf.

The temperature makes things difficult and we wanted to make sure that we had the proper products, he comments. For instance, we are using a high capacity air conditioning unit, a high capacity radiator to cool the engine down; even inside the engine there are components developed to be suitable for the weather conditions in the region. We call it our GCC package.

He smiles broadly when he tells CBNME that the company has yet to experience a failure since launch (Im happy to say that we havent yet faced any temperature or dust trouble) and is visibly animated when he adds that it is able to offer a two-year unlimited warranty and in some markets three years. And thats bumper to bumper, he enthuses.

Beyond readying the trucks, there were further the questions regarding where to sell and who to partner with. Fortunately, the company was able to fall back on its passenger car links in the region.

That was a good preparation period, he recalls. We selected two key markets to start with, Saudi Arabia and the UAE, as our dealer partners there were more ready. We always start with our passenger car dealers and then we analyse the business potential of being with them. Our preference is always existing Ford dealers, if we feel that they are ready.

Despite a perceived lack of marketing gloss, selling trucks is arguably more complicated than setting up to push cars in any given market. Owners need to push the limits of their trucks so they earn their keep and the emphasis is on the manufacturers and their dealers to provide comprehensive support. The vehicles often work in demanding and extreme conditions in the Gulf; entering into an already competitive market, Ford Trucks knew its aftersales support had to be razor-sharp.

This is a completely different business with its own layer of requirements: you need different facilities, you need investment, Duman explains. Part of the analysis phase was identifying the resources required to bolster the dealers operation to the level required to support truck sales. Aftersales is so important.

With its dealer partners in place, the Ford Trucks team was then free to join them in targeting customers in a demanding tour of the regions workshops, offices and sites: We recognised that we had a very good and unique product for the region, especially in the transmixer market because of the high level of infrastructure projects, says Duman.

So we made the sales calls and visited them. At the end of the day, we are in B2B not B2C. Therefore you need to be in touch with these guys and also the dealer – we are working as if we are one with our dealers.

The racking up of road and air miles is beginning to bear fruit. Ford Trucks is now a recognised player in both the mixer and logistics sectors in the UAE. A newly formed and devolved Riyadh office has also been tasked with spreading its network and support presence in Saudi Arabia and Bahrain. Qatar and Oman were recently entered and could soon be joined by Kuwait, depending on-going discussions with a dealer there.

He explains: Of course there are areas that we might have done better, but as a start-up I think we did phase one properly. Now in phase two, it is about complete country coverage. Expansion within a country is so important. For instance, we are only in Riyadh right now and you cant control the market just from there.

Maintaining the pace of its growth through expansion will be crucial as its rival OEMs and dealers react to both changing market conditions.

It has been deliberate and a strategic plan where we wanted to make sure that the business and vehicles were ready. It is very easy to gain momentum but then lose it one day, one month or six months. It is not in our nature to rush in as a company  we wanted to take it step-by-step.

Two years down and into double figures, Ford Trucks is just getting started.

Last month saw Ford Trucks once again take centre stage at PMV Live in Dubai and CBNME was impressed by its beefed-up 2017 Ford Trucks Construction Series of vehicles – including its 4143M and 3543M mixers alongside the rugged Cargo 1843T tractor head.

Headlining the improvements being introduced in the 2017 is the new Ecotorq engine – developed like the rest of the range in Turkey – which ramps the previous ratings of 350PS and 1,400Nm of torque up to 430PS and 2,150Nm. The extra power is bolstered by greater control via a new 400kW engine break that enhances the drivers ability to negotiate difficult and sloping sites. An optional 600kW Intarder can boost breaking capacity to a hefty 1,00kW.

Duman says that he expects a 6×4 tractor-head to be added in the second half of 2017 as the company continues to push forward in a frequently trying market.