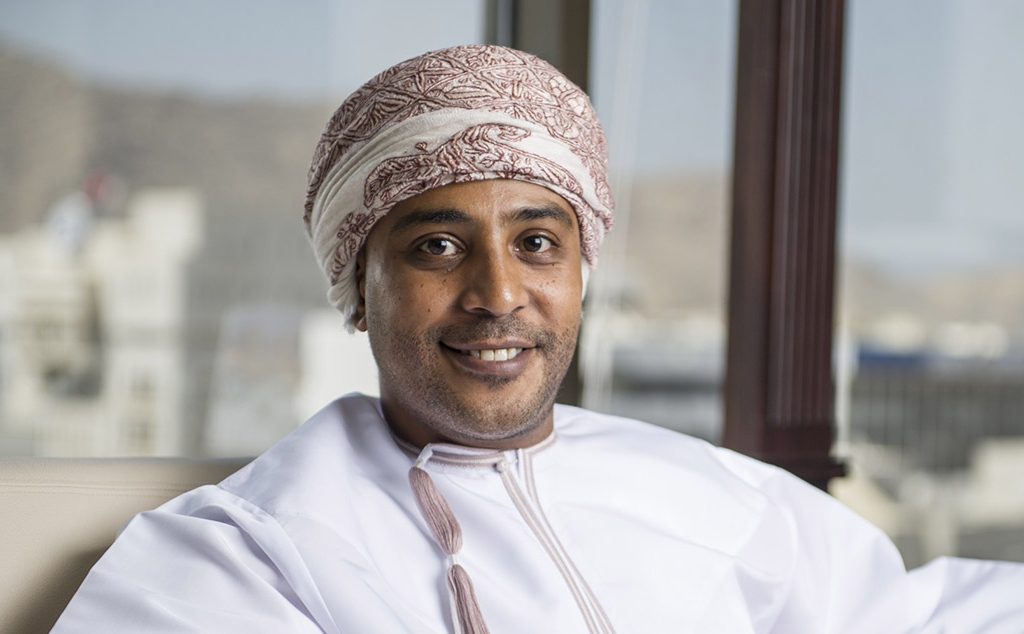 Sayyid Wasfi Jamshid, Chairman of the Board of Directors at NAPCO, speaks with Lorraine Bangera about how the company plans to undergo a complete transformation to compete with a demanding market. He also talks about current developments taking place in the Sultanate of Oman and gives us an insight about what Omanisation truly is

After being unanimously elected as the Chairman of the Board of Directors in 2014, Sayyid Wasfi Jamshid took up a specific mission to formulate and oversee the implementation of a brand new strategy for aluminium extrusions company, National Aluminium Products Company SAOG (NAPCO), based in Oman. Prior to his promotion, Jamshid served as a board member and member of the Executive Committee since 2010.

Honoured by the votes, Jamshid says that it is a privilege to serve under and succeed his predecessor, Sheikh Rashid Al Sadi. He says: “Sheikh Rashid Al Sadi is one of the country’s most sophisticated and respected investment professionals and corporate leaders.” He praises Al Sadi calling him a “talented” man who led the company to success, however even Al Sadi knew that to survive the intense competitive environment NAPCO hand to completely transform. Jamshid is now in charge of leading this transformation.

Jamshid, who is always true to his team, says that the transformation at NAPCO would be impossible without the “invaluable contribution” in terms expert advice and guidance of every board member at NAPCO.

Jamshid has previously worked as an investment banker in the State General Reserve Fund (SGRF) and pioneered several new investment programmes to transform the operational and cost structure at SGRF. He draws from his experience as an investment banker to help himself lead his current team in the right direction. According to him, investment bankers are trained to understand the importance of creating shareholder value by identifying the drivers of sustainable financial performance, focussing relentlessly on accomplishing objectives and staying ahead of the curve. He says: “In today’s ultra-competitive landscape, shareholder value cannot be achieved in isolation. All stakeholders, including employees, customers, suppliers and partners, must benefit for them to thrive in the long term.”

In addition to his current high profile job, Jamshid also holds the position of Deputy General Manager and spokesperson for the National Bank of Oman. Talking about his success, he modestly says: “There are many secrets to success but for me, I can mainly attribute it to my passion to excel and succeed in all my endeavours.”

He says that by identifying early on the few critical success factors required for the job and maintaining a laser sharp focus on execution is key. He also adds that working with the right people is a crucial factor in successfully attaining a mission.

Eye on the prize: NAPCO’s aim

Getting back to NAPCO and its transformation, the Chairman says that it is their objective to become one of the top five aluminium extruders in the region over the next five years. He says: “We will do this by at least doubling our production capacity.”

The company also aims to gain supremacy in their home market of Oman by further enhancing quality and exceeding specific customer requirements in all current markets.

“To attain successful and sustainable changes, everyone, from top management to our people in our plant facilities, must be energised and synchronised with the corporate game plan.” Equally important, Jamshid says is the crafting of the corporate game plan which at least on a tactical level must include creative inputs from the lower levels of the organisation. In NAPCO’s case, he says: “We achieved both of them. Every division was analysed and tuned to achieve optimal levels of performance.”

With more attractive incentives for their staff and a boosted production capability by 40 to 50%, they are on their way to double their capacity over the next few quarters. There would be an increase from roughly 12,000 to 18,000 metric tonnes for the year.

“One of the main challenges however is to find and recruit the right caliber of leadership to execute NAPCO’s transformation strategy,” says Jamshid. Fortunately, this did not stop the company to find the right fit with Robert Holkamp recently being appointed as the new CEO. He adds: “Possessing the right qualities to succeed, Holkamp is very driven with leadership skills that can align and galvanise people.” He also says the company’s board has been very pleased with the progress the new CEO has made since taking the helm of the company.

Responding to increase in demand

In terms of NAPCO’s services, Jamshid says: “We have the right blend of creativity and efficiency. That is a very important dynamic to have in any successful business and we have it here.”

NAPCO is not purely an aluminium extruder as they facilitate with anodising, powder coating, wood finish, a thermal crimping and bending facility. They also have their own door and window systems for commercial projects.

Their premier vertical powder coating system, has a continuous running production capacity of more than 2,000 kilograms per hour, which will enable NAPCO to address the region’s increasing demand for aluminium-based powder coating systems and meet specific orders for higher length profiles. Adding this new system to its existing horizontal line, the company will be able to accommodate up to 27,000 metric tonnes per year.

To date, NAPCO, the only aluminium extruder in Oman, is one of the three companies in the entire GCC capable of addressing the demand for powder-coated extrusions with profile lengths of up to eight metres. Jamshid says: “Our line only uses chrome-free chemicals and has been provided with all the necessary auxiliary equipment, air conditioned segregation for powder booth, wastewater treatment, de-mineralised double line, chiller and air compressor.”

NAPCO announced their expansion plans in July last year in line with the objective to increase market presence and gain wider reach across regional and international markets. Jamshid says: “We made the announcement following the decision of the company’s shareholders and Board of Directors to bring NAPCO to a whole new level by tapping into newer markets and introducing more products and services. The move comes at a time when our recent performance indicators showed increased demand for NAPCO’s products.”

The company’s expansion initiatives will be implemented in three key phases to ensure that they increase their output and production capacity. Currently the company produces products through two extrusion presses. To date, NAPCO has already exported a total of 70% of its output to key markets such as the GCC, Europe, Africa and Asia.

The first phase kicked off this year up until 2016. Construction is now in progress and phase one, which involves commissioning the first new extrusion press and new powder coating line, will be operational by September 2015. Phase two, meanwhile, will be ready by early next year. Jamshid says that so far, they have been able to purchase all the necessary machinery for their expansion effort. “We have also commenced civil works for the construction of the land space.

“We believe that our expansion efforts are great initiatives not only for NAPCO but for the whole of Oman. Once the expansion is completed and fully operational within the first quarter of 2016, we are confident that NAPCO will make it to the top five GCC aluminium extruders in terms of production capacity.”

NAPCO will double its extrusion output from 18,000 to approximately 36,000 metric tonnes and we will quadruple our powder coating services. He says: “As 2016 commences, we will have a total of four extrusion presses, vertical and horizontal powder coating lines, one anodising line, two wood-finish lines, a thermal crimping facility and a bending facility. With this expansion, we will be able to create more jobs for Omani citizens and residents and substantially give back to the community through our corporate social responsibility initiatives.”

The Sultanate of Oman launched its Omanisation policy in 1988 to significantly increase the number of citizens working in various industries. Companies that successfully meet the set quotas in terms of percentage of Omani to foreign workers will obtain a ‘green card,’ which translates to press attention and preferential treatment in their dealings with the government.

It is NAPCO’s long-term goal to increase their current Omanisation level of 35% well beyond the minimum requirement. “Since our field is highly specialised, it is a challenge for us to find qualified personnel,” says Jamshid. “This is the reason we highly invest in capacity-building programmes for the locals to equip them with the right skills needed by the industry.

“We are 100% committed to helping Omani nationals achieve their full potential so that they will be able to make maximum contributions to NAPCO, their colleagues, communities and families.”

NAPCO also works closely with the Ministry of Manpower and have selected 30 Omanis from the Mohsin Haider Darwish Training Institute to join their team in the coming months. “We want each employee, whether Omani or non-Omani, and stakeholder to feel proud that they are part of the NAPCO family.”

Jamshid praises Oman’s Sultan, Qaboos bin Said Al Said, and is inspired by his vision. He looks forward to the promise of “fruitful future” for NAPCO shaped and driven by “talented, ambitious and committed” Omani nationals.

He adds: “Omanisation is not just a number for NAPCO. It runs far deeper than that.”

Growth and development in Oman

In Oman, one of the major trends Jamshid points out is the continuous rapid expansion of the local construction sector thanks to the government’s steady investments in major infrastructure projects, private sector-driven tourism development, and strong growth in the oil and gas industry. Vision 2020’s economic diversification strategy, meanwhile, provides new opportunities for growth and development along with the introduction of new reforms and increased industry transparency.

“We know for a fact that the public sector is the largest procurer of construction services as demonstrated by the rising government-led transportation and social infrastructure projects,” says the chairman. These improvements aim to better facilitate trade and reinforce the non-oil sectors. The government already earmarked an estimated US$77.68 billion for development projects as part of its eighth five-year development plan.

Tourism has become a key source of revenue for Oman. He says: “By 2024, the sector’s contribution to GDP is expected to jump to 8.2% from 6.4% in 2013. The construction sector is projected to benefit from Oman’s burgeoning tourism sector and the sizeable new opportunities it presents.”

Oman might be having a stable growth at the moment, but there are still changes in the construction market that need to be made. According to Jamshid, despite the country’s sound environmental law there is still a need to intensify green or sustainable initiatives in the industry. He says: “We need to introduce more sustainable construction programmes in line with the growing global eco-friendly movement.

He says that admittedly, the country must keep up with its neighbors in terms of implementing sustainable programmes within the sector. “Strict implementation of the country’s environmental legislations and regulations across industries, including the construction sector, must be diligently carried out by concerned authorities.”

He explains that supply pressure for materials eases when we widely promote the use of recycled resources. However, he admits that coordinated approach with regard to the approval of standards for recycled content must be strategically coordinated to ensure quality.

Another challenge Jamshid points out is the exponential growth in demand for labour in the country. He says: “To attract qualified and professional expatriates, any state must increase the standard of living by providing a safe working environment, international curriculum schools, and suitable accommodation and leisure facilities, to name a few.”

Finally even if the country has a booming construction industry, it requires a centralised logistics strategy to guarantee smooth flow of materials into and within the country according to Jamshid. “The government is working towards this end as demonstrated by continuous infrastructure improvements in the Sultanate.”