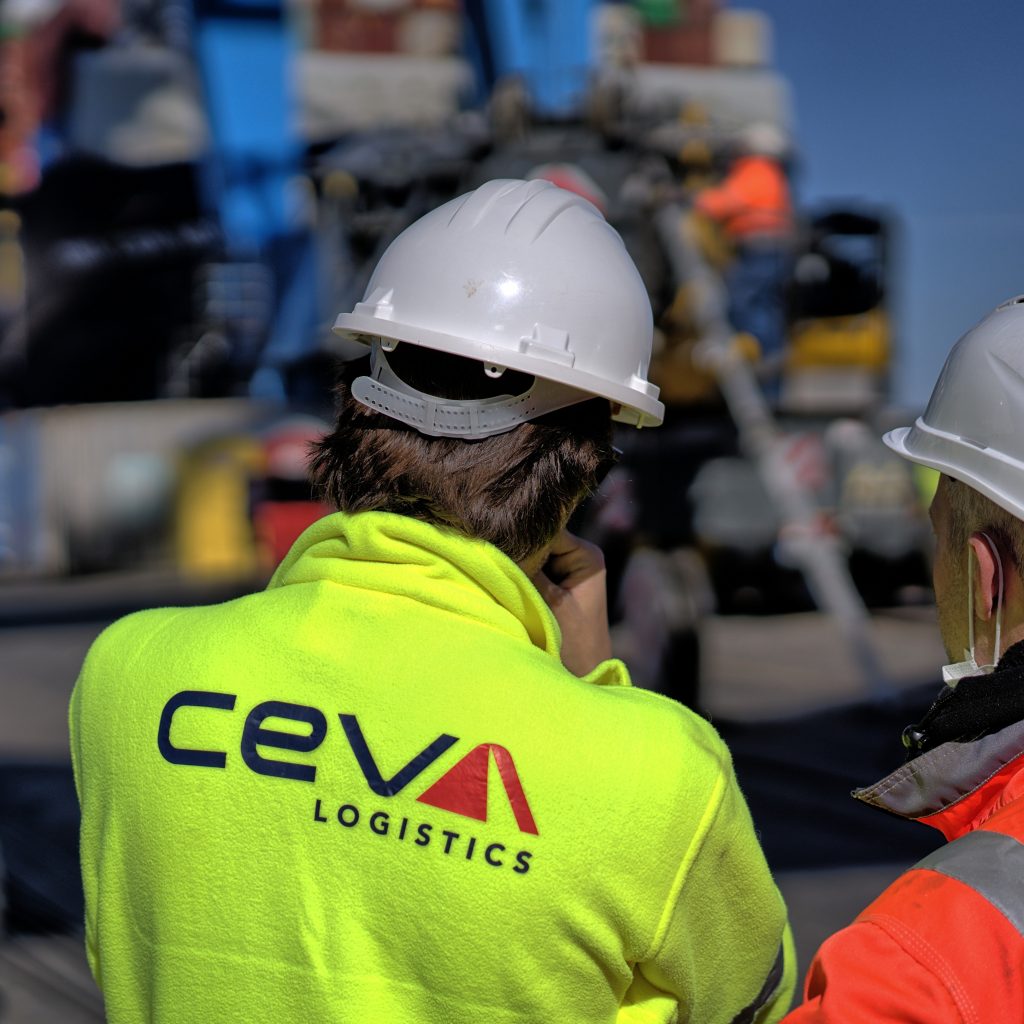 This article defines complex and out-of-gauge (OOG) cargo as items with estimated measures of more than 70 tons, five meters in height, four meters in width, and 15 meters in length per single unit. Typical OOG cargo turbines, transformers, windmills, platforms, generators, big cranes, and so forth. OOG cargo frequently possesses the majority, if not all, of the following characteristics: It has a high economic value and a long lead time, and it is prone to sudden movement, particularly during shipment and handling.

As a result, there are no margins for error when it comes to on-time and damage-free freight delivery to the project site. Assume that OOG cargo is destroyed during transit or handling or is not delivered to the site on time. In such an instance, the principal contractor’s contractual penalties considerably outweigh any savings realized by pressing logistics suppliers to take unexpected risks that may result in little cost savings. It isn’t worth the risk. Even if the insurance covers losses up to the cargo invoice value, the insurance provider is unlikely to reimburse the contractor for delay responsibility and reputational damage completely. For example, manufacturing a new wind turbine can take around six months, as this type of OOG cargo cannot simply be taken from the manufacturer’s existing stock.

A multi-modal mode of transportation was planned for 70-ton, four-meter-high transformers with vertical alignment restrictions (Road – Rail – Road). The road was gravel for 20 kilometres. Early joint planning team workshops confirmed that transporting a transformer on a gravel road could damage its internal components and that this damage would not be visible upon preliminary inspection. The study was carried out during the early stages of project planning to determine the best gravel road improvements and to ensure that the project schedule and budget included the necessary civil infrastructure work. As a result, the gravel road was shaved, and two meters of exposed pipes were covered to disperse the weight generated during the movement. The infrastructure improvements were completed on time and without any downtime of equipment or assets. Most importantly, project execution at the site did not stall, as it would have if the road improvements had not been completed ahead of the transformers’ scheduled transportation. The components were safely transported to the site with no internal component damage, thanks to an early planning strategy shared by all parties involved.

The project site was in a mountainous region of the African continent, and it required the delivery of windmill blades measuring approximately 60 meters in length. Two and half years before construction began, the EPC contractor decided to involve the delivery of its logistics partner. The logistics provider was asked to evaluate the initial route plan and report to the client. The detailed study of the site and road conditions revealed that following the planned route would necessitate significant changes, costing the client more than $20 million.

Instead, following a thorough logistics engineering study, it was proposed to change the site’s entrance point and ‘shift’ the site by one kilometre to allow for an alternate road. The plan was approved and carried out successfully.

Summing up the readings from the aforementioned case studies, Axel Herzhauser, Regional Managing Director Middle East Africa at CEVA Logistics, says, “Getting the logistics off to a great start involves a healthy communication flow between the contractor’s project management team, a competent logistics delivery partner and the manufacturer.

“The sooner this communication starts, the higher the likelihood of a smooth logistics operation delivery. On the contrary, if the contractor’s project logistics team is the last department to be informed about detailed cargo specifications and delivery timelines, the logistics operation is set up for failure. Early involvement from a logistics Subject Matter Expert (SME) allows contractors and project owners to benefit by receiving free consultancy.”

THE UNDERLINING IMPORTANCE OF IMPLEMENTING A LOGISTICS PLAN

Early logistics operation planning typically includes a sequential series of activities and timelines that cover, among other things, fleet booking in addition to making recommendations to the client. The plan covers all actions required to ensure ocean fleet availability, practical storage areas, thorough route assessment and civil works planning, booking of unconventional vessels if required, bracing for specific modes, heavy haulage and many other activities. A deviation from a logistics plan could easily result in vessel unavailability or a lack of skilled workers.

Luis Gonzalez Garcia, Project Logistics Global EPC and Infrastructure Expert at CEVA Logistics, emphasises, “Delivering out-of-gauge cargo most often requires a set of thoroughly planned and intricately intertwined activities. Securing adequate fleet availability must be aligned with the planned on-site delivery target dates. Logistics activities also cover securing suitable handling equipment and a lashing plan to match the chosen mode of transport. We have seen time and time again an attempt to change the logistics plan to make last-minute cost savings profoundly, and it hardly ever ends well. Some changes to the plan do and will occur, and they are often easily accommodated. However, major changes to an agreed-upon logistics plan in the execution phase pull the rug out from under the entire logistics operation.” Eventually, sticking to the plan is critical and should always be reinforced, especially for projects requiring OOG cargo to be delivered on short notice. A case study below depicts a series of activities to keep a power plant operational.

The 78-ton power plant engine was required to travel 3,530 miles (5,680 kilometres) between continents in record time. The cargo’s nature and destination presented the project with unique and complex challenges. The delivery site’s distance from the coastline, poor infrastructure, and limited installation equipment hampered the cargo delivery. The project had several distinct phases planned and sequenced A-to-Z, and the logistics operation was carried out exactly as planned. If the delivery failed to carry out any planned activities, the entire operation would have been significantly delayed.

The first step was to decide on a delivery method, and after obtaining permission to use the military terminal, it was decided to use an Antonov An-124 cargo plane. This was followed by securing the plane by the program.

The next step was to deploy a 300-ton mobile crane to lift the engine onto the loading ramp, which was pulled into the aircraft. Before the plane took off, the team planned to use additional lashing to keep the engine safely in place and avoid the risk of movement during the flight. When the engine arrived on time, it was skidded out on a rail, jacked up on elephant legs, and tandem lifted to the trailer.

Because the roads from the airport to the plant were congested and in poor condition, the logistics plan identified the need for road restoration. The work was done ahead of time and following the plan. Furthermore, the main road was closed during the final leg of transportation, and local police escorted the OOG vehicles to the plant. The crew at the job site used jacking and skidding to remove the engine from the trailer. Given the plant’s limited equipment and space, this was also planned.

Despite meticulous planning and preparation, not everything goes exactly as planned, especially since the logistics plan may be implemented two to five years after a contractor has been commissioned to deliver a project. In such cases, experience is critical to keeping the project on time and on budget while minimizing changes to the master plan.

“On one of our projects where we were transporting a 100-ton steam turbine, we realised that the main road was being excavated for placing culverts for the rainwater. Instead of changing the route, which would have jeopardized the entire logistics plan and caused a domino effect on all logistics activities, we requested that the work be suspended. As a solution, we used sandbags to fill the excavated area and covered the top with steel plates. This method permitted the road to sustain the ground-bearing pressure generated during the movement of the turbine. This decision was made only after we calculated our quick-fix solution’s safety factors and the bearing capacity. We managed to move three turbines in one go safely.”

In conclusion, Finally, Early engagement of all major stakeholders is critical throughout the logistics operation execution phase. Unsurprisingly, current trends reveal that many worldwide EPC contractors are taking a mature approach to logistics and selecting excellent logistics providers with proven track records. It is vital to have logistics partners capable of delivering a highly comprehensive logistics plan and are prepared to take ownership and responsibility for delivering OOG cargo to the site on time, all while safeguarding the cargo’s integrity during the logistics operation. Thus, cheap logistics for OOG goods are unaffordable.

From Logistics News ME December 2022 Issue.