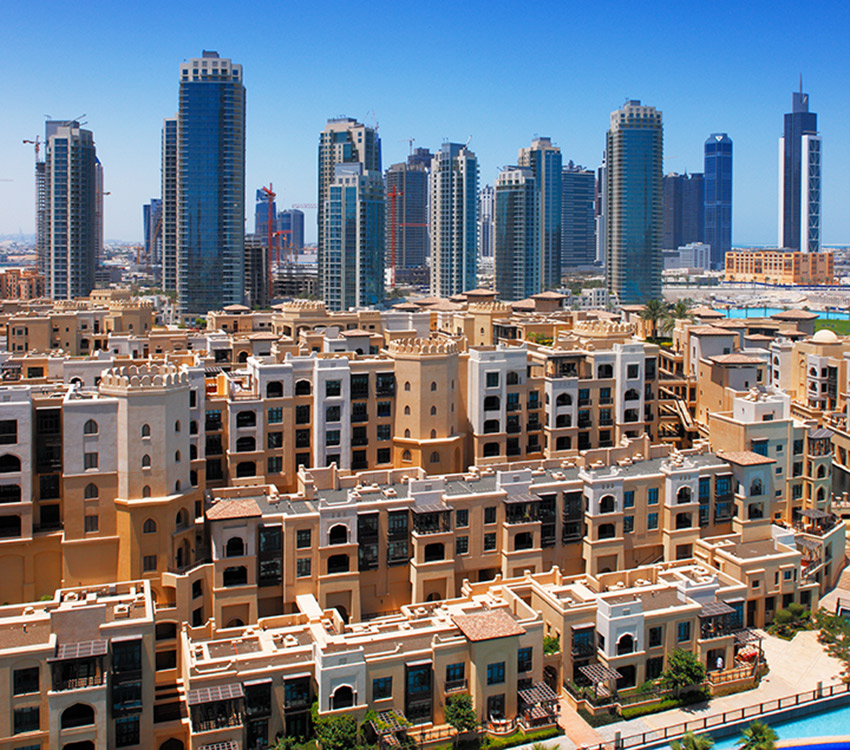 After a major dip in the last few years, the real estate sector kept a sturdy development in 2014. Lorraine Bangera speaks with industry experts who forecast the industry’s potential in the upcoming year keeping possible growth barriers in mind

After highs and lows the property sector is finally going to remain stable. Tasweek, real estate development and marketing firm, predicts that despite global challenges the real estate market will remain attractive this year. According to the firm, positive microeconomic, regulatory and population factors continue to drive the growth across the country.

Simon Gray, Managing Director at Chestertons MENA, says that the real estate market has evolved considerably in the UAE. He says this bearing in mind all market participants, particularly the buyers who are more informed and aware now.

Terry Tommason, Head of Property and Social Infrastructure at EC Harris, says, “The UAE real estate residential market is reaching a high point and we are expecting a cooling off in 2015.”

Pointing out Jones Lang LaSalle recent report stating a 10% price reduction this year, Tommason says he sees this as a realistic projection. He says, “The rapid price rise and increased supply to the market in 2014 has driven the cool down but this should not be seen as a fundamental problem and more part of a natural cycle of a maturing real estate market.”

Gray adds, “The legislative infrastructure has also been enhanced which only allows credible developers to take projects reducing risk of project cancellations. In terms of industry cycle the market seems to be entering a stable growth phase.”

Tommason says, “As the UAE has developed, where once end users would tolerate poor roads and incomplete utilities, they now demand completed, accessible and operational developments. They now have that choice and that is a positive development for the UAE.”

For example, he says, even though Abu Dhabi and Dubai are prime areas, resort style developments are seeing a significant increase in emirates such as Fujairah and Ras Al Khaimah.

Gray says that even though emirates such as Ajman and Fujairah have seen increased interest, their growth will also depend upon banks’ willingness to extend mortgage.

However when considering the UAE as a whole, it is certainly doing well. A major factor that helped stabilize the sector is Dubai winning the Expo 2020. According to Gray, Expo 2020 is being perceived as a key event for the country and a stepping stone to other more large scale events in the future.

Tommason suggests that the impact so far has been limited. However, he agrees that the Expo 2020 master plan, due to be submitted in Q3 of 2015, will increase development activity in due time. He says, “The Expo 2020 site in isolation will be well within the delivery capabilities of the existing supply chain to handle and the issue is more around the large number of projects which are coming to the delivery stage at the same time both in Dubai, across the UAE and also the wider region.”

“Luxury real estate”, he says, “forms one segment of the normal profile of a maturing residential market and country. It could be argued that previously there was an oversupply of high-end residences and a lack of choice in the mid to lower end bracket. The re-balance with more supply in the mid- priced bracket giving more consumer choice is one of the factors that has provided stronger fundamentals to the Dubai market. There still remains further appetite at the true ‘affordable’ end of the market and we are seeing a number of developers looking at solutions for this.”

Gray agrees and says that the luxury real estate has definitely made property attractive to international buyers and therefore has helped to attract foreign investment in the country. “However,” he adds, “a downside of this phenomenon has been lack of affordable housing in the country.”

Affordable housing has been a key trend in the market, especially with the country rapidly growing in number. The population of the country reached 9.9 million last year compared to 3.6 million in 2004. Tommason says, that the country’s population is one of the world’s highest population growth rates, increasing at approximately 7.6 percent per year.

He says, “The drastic population increase in 2014, drives further growth across various outputs such as property and infrastructure projects to name a few.”

Along with population growth, low oil prices is another factor that has needs to be considered in the property sector. Gray says, “Low oil prices have added a new dimension to future performance of property market. Lower oil prices could impact the economy and add pressure to the property industry if they persist for the long-term.”

Tommason says, “We do not at this stage see any slowing in developments in the property industry. It is very difficult to predict the future trending of the oil price in the region and the impact that any protracted volatility will have on the market.”

He adds that if the trend continues it will certainly reduce demand for resources and materials in the region which, will to some degree, suppress the rate of construction cost inflation.

Currently investment on social infrastructure, economic diversification investment and event-driven construction are three key trends positively influencing construction spend in the region according to Tommason. He says, “Whilst UAE is the second most expensive regionally, it is a relatively small market when compared to others on the rankings a currencies whereby market constraints are driving inflation and price movements.”

Gray says that higher construction costs are a key concern for developers in the UAE, particularly for affordable housing projects that have been planned.

He says, “High construction makes the economics for affordable housing unviable. This has also been a reason for cancellation of many projects which were rendered unprofitable as construction costs jumped in 2007/2008.”