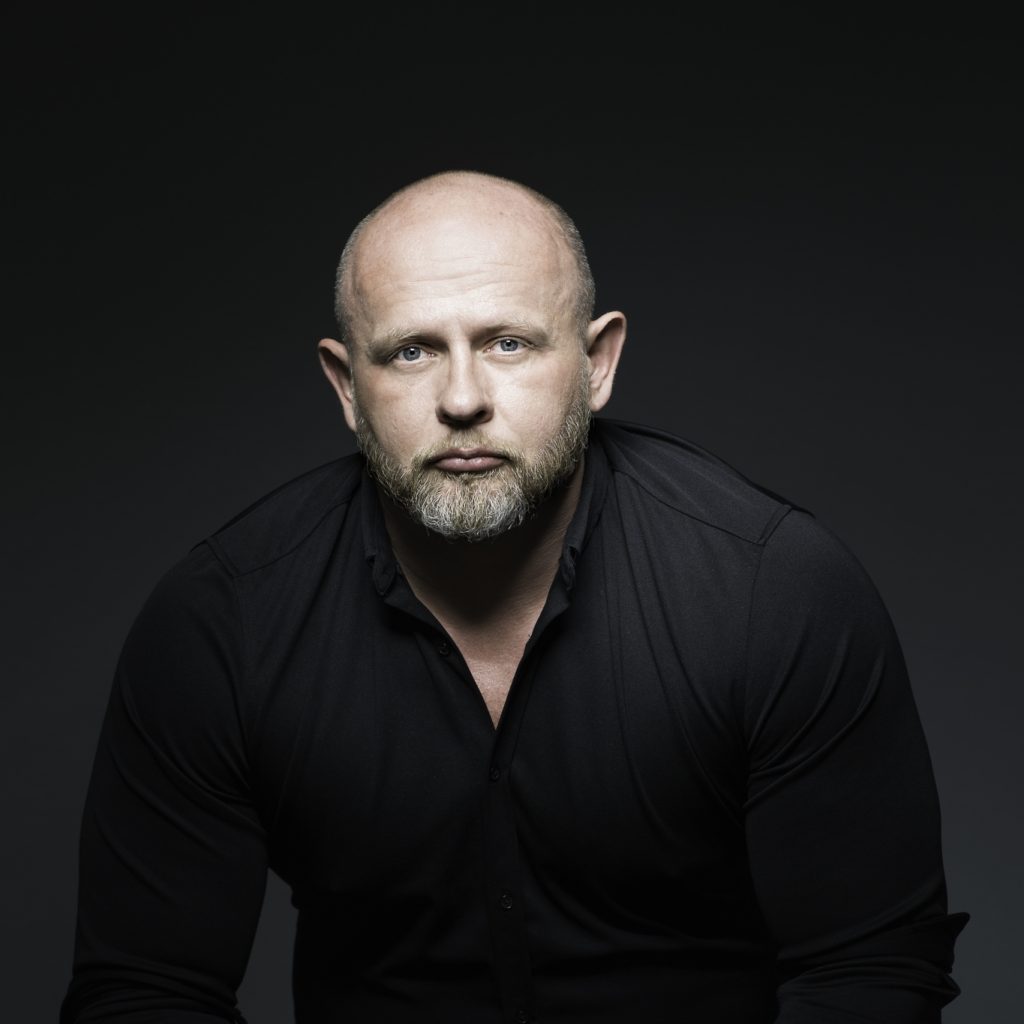 By Ivar Krasinski  founding partner and design director of EDGE

If necessity is the mother of invention, then process is the uncle. It applies to all fields of human endeavour where methodology determines the outcome. In experimental science the proper setup of controls allows the result to be reliable. In fitness, the program is adjusted depending on the desired result. The process of physical development is designed to reach specific goals.

It is also true of architecture. The process is everything. A well-designed process allows the making of the right decisions consistently. On the other hand, a poorly-designed process results in missed opportunities which are not even noticed by the architect.

Therefore, it is crucial to design the process prior to conceiving the project. We live in an exciting age where fantastic innovations occur several times a day. The impact of hardware and software on design outcomes is well-known to anyone who has participated in architectural projects in the last 20 years. What is often missed, however, is a hierarchy of decisions pre-arranged to ensure the optimal outcome for any given stage of the project.

As an example, consider a conceptual design. Designing a unique door jamb detail may be the right thing for certain projects, but spending the teams time on working out details while walls are still moving by meters in the beginning of the design is wasteful, and has an adverse impact on the project. It makes the work hours put into the project ineffective. In addition to this, spending time on the wrong items reduces the number of alternatives considered and produces a less optimal result. How so? For any given project there is a finite timeline. Even if flexing the delivery dates, we hopefully all agree that no project can go on forever. For any given team there are a finite number of worker hours available. Every minute spent by the team has an impact on the design budget and the profitability of the organisation as a whole. Every bit of time spent has an impact on the clients bottom line. It can be either positive or negative. An inefficient design, or one that costs too much, can entirely destroy a projects financial model and feasibility. On the other hand, a design which keeps good track of the data, allows adjustments to be made, correcting course and, allowing success as an outcome. When considering all these facts, it becomes evident that the proper use of the time available is crucial to a projects success.

We are lucky that in the last two decades, Building Information Modeling (BIM) software became widely available. In case you arent familiar with BIM, it is a way of keeping track of all project data in a comprehensively built 3d model. The geometry of the model can be used to adjust the statistics and data, and inversely, editing the data changes the geometry of the model. As the design evolves, with the right setup the software continuously improves the numbers, giving us real-time feedback about the projects ability to meet criteria. The data can then be optimised to fit into the project’s criteria, allowing the best possible result. There are many different BIM software options, but I have no preference over which ones to use. Revit, Bentley and ArchiCad are among the most popular, but there are many other competing BIM platforms available.

For The 1/JBR design, we used BIM, which itself is not that unusual anymore. What is crucial is the way BIM is implemented in the process of design. The 1/JBR project became a BIM project immediately after the napkin sketch stage. That might not seem like a big deal, but considering the way most firms use BIM, this approach is vastly different. In general, unfortunately, today most projects are modeled in BIM after the last stage, Design Development, begins. Until then, the team works in inaccurate 3d models, or even worse, 2d design software. This means that statistics aren’t tracked at the crucial time when the biggest decisions are made. Such a process wastes a lot of BIMs ability to help sharpen the design teams pencils early on, and contribute to making better pre-concept decisions.

It is understood by some, that a projects success depends on a strong pre-concept, or at latest, concept stage. Making the wrong big moves early in the design process can quickly result in a project which underperforms or fails entirely. It all leads to the conclusion that it is important to have some statistical feedback right from the start, optimising a buildings areas, construction methods, façade design, parking, and construction cost. A construction cost which is too high can quickly end a project, or if it is too low, result in a design which doesnt meet the quality of expectations of any given market segment causing poor sales.

1/JBR is a 46 story building in an incredible setting, with views over Bluewaters Island, Ain Dubai, Skydive Dubai, and Palm Jumeirah. It was crucial that views to these points of interest were maintained as much as possible, and while the project aims high regarding market segment, the costs had to be controlled while maintaining maximum quality.

1/JBR has overcome all these challenges, due to the use of BIM right from the start. The modeling process began with multiple options and iterations of each option. These alternatives were continuously tracked, keeping all views, areas, quantities and costs constantly in check. In the beginning, the team explored a range of options, of which some were more flamboyant than others. The models started off very modestly, with a minimum representation of each idea. Instead of trying to solve every design to a high level of detail, the options were continuously adjusted to ensure overall optimisation.

At the end of this Pre-Concept stage, all options contained clear information about the key parameters. These included

Due to the data tracking for each option, it quickly became evident that keeping the design more minimal achieved better unit layouts, better efficiency, and tighter construction cost while maintaining high finish quality. At the end of pre-concept, the team had considered seven different arrangements. We discarded the most extreme options and chose one to continue into the concept phase.

This is key. Before, not after, the concept stage the optimal arrangement of units, core, structure and services was narrowed down to one scheme, which both client and design team agreed was best. Since so much information was available early on, the statistics didnt change significantly in the subsequent stages. Since the team focused on one option only for the concept phase, and since much of the design was already considered in pre-concept, this allowed a much more thorough investigation and documentation for all subsequent design stages.

Thanks to this approach, many critical design statistics became finalised in the concept stage. These included:

All of these criteria were achieved due to the efficient use of time from the start, thanks to the BIM design process. In the schematic stage, the model gained a lot of detail, allowing even more accurate area calculations and cost estimates. The size of the model at this point exceeded 250 Mb, meaning that if it were one file, it would be near impossible to work with due to the high amount of data crunching required by the server with each adjustment. This necessitated the use of work sets (a term meaning that the parts of one central model are opened in partially or entirely separate models for architecture, interiors, facade, structure, and MEP. Due to these models being separate, it is possible to edit any one of them more easily since the time required to open the model and parse the data can be significantly reduced compared to that needed to perform the same tasks on a single large model). This is because each person worked on a much smaller model which contained only part of the overall information.

Work sets also ensured disciplines could not edit each others files so that the design can remain intact and only be modified and adjusted by each expert team. This is significant because one of the largest time wasters in BIM is the unintentional changing of one part of the model while trying to work on another, by persons who arent familiar with what the other specialists in the team may be doing. Avoiding this abortive work allowed more time to focus on the best possible outcome.

Due to the early use of BIM, the end of the Schematic stage resulted in a model which had the level of resolution that comparable projects usually only have in 50% Detailed Design. Having a lot of the small variables locked in at the end of the Schematic stage allowed the team to use the Detailed Design stage to investigate the design in minute detail, optimising the model with every step. The Detailed Design stage consisted only of detailing the agreed scheme, rather than scrambling frantically to improve the numbers.

1/JBR is going to rise out of the ground shortly. When visiting the finished product, the building will show clear evidence of an efficient design process, thanks in large part to the use of BIM in the earliest stages. The interiors are clean, minimal and elegant, while the exterior creates an iconic presence in the area.

I strongly recommend that designers put their schemes into BIM as early as possible. The improved decision making and efficiency resulting from this approach allow the creation of a very well-tailored building. Everyone will be doing this in a few years, so why not start today?

Previous Article
Subcontracting in the UAE: Heba Osman, Fenwick Elliott
Next Article
Muscle and Might