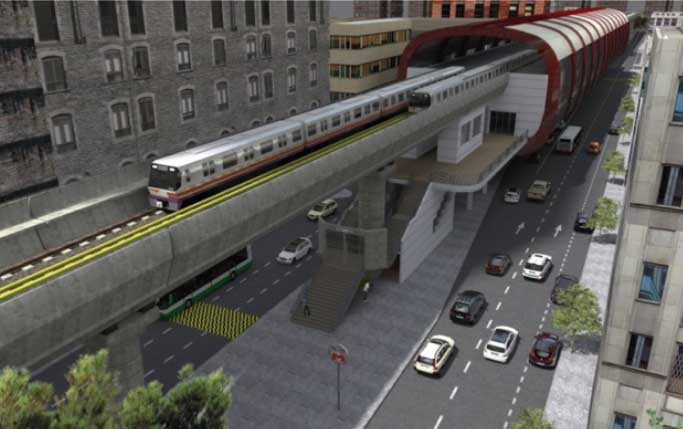 A joint venture involving French duo VINCI and Bouygues along with Orascom Construction and Arabco Contractors have won the Phase 3 contract for Line 3 of the Cairo metro.

A new tunnel under the Nile will be constructed as part of the project. Once completed, Line 3 will increase the overall length of the Cairo metro system to 100 km and serve five million passengers daily.

Work will start in the residential and administrative parts of the capital, including Zamalek Island, and end in the city’s densely populated and highly urbanised northern and southern districts.

The client, the National Authority for Tunnels, demonstrated renewed confidence in the joint venture, which has been building the metro system for North Africa’s largest urban area since 1981.

Driven by strong economic and population growth, Cairo is now North Africa’s largest city. The urban area has 16 million inhabitants and a very high population density of 73,500 people per km2.

Automobile traffic has become highly congested. The expansion of the Cairo metro will help to efficiently and effectively regulate traffic and substantially reduce carbon dioxide emissions.

In addition, the joint venture is also working on Phase 4a of Line 3, which will extend the system towards the eastern part of the city. The contract was signed in February 2015 and handover is set for the end of 2018.