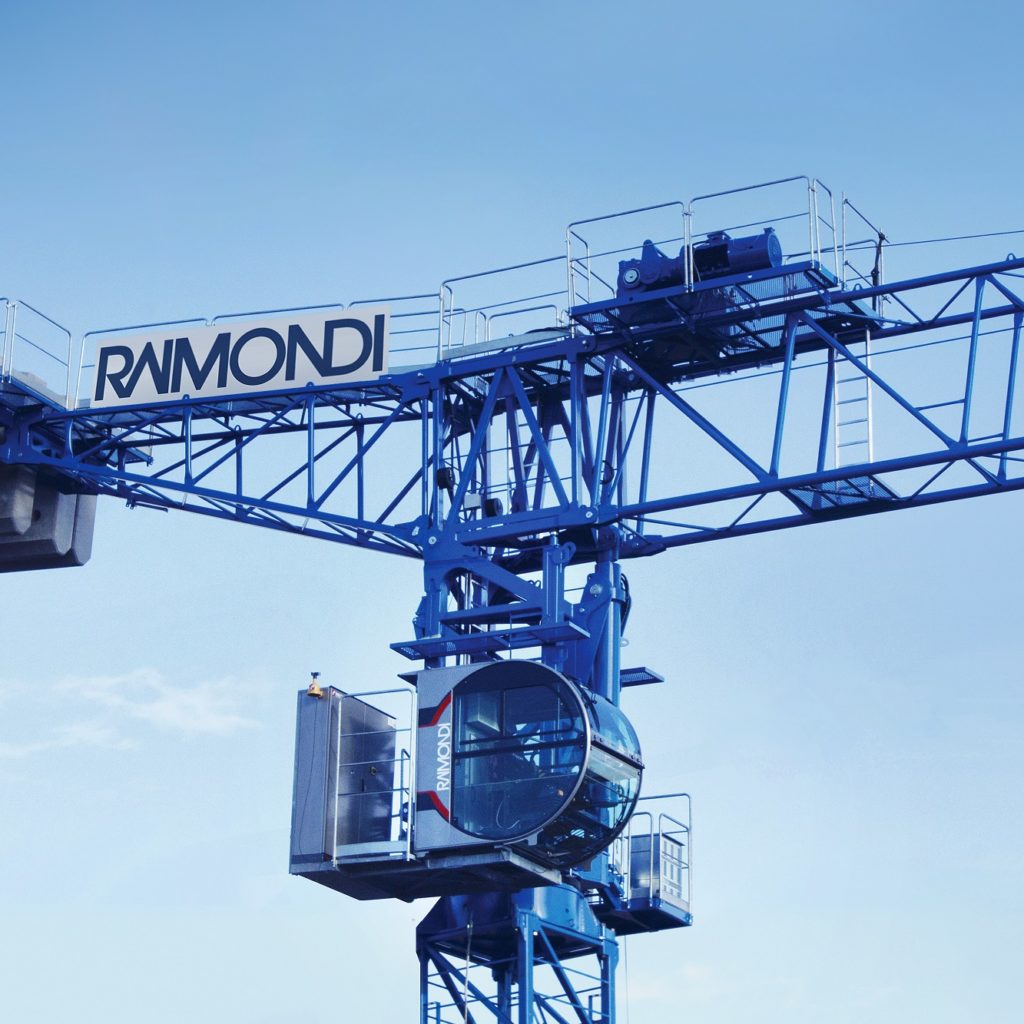 Raimondi Cranes SpA, heritage manufacturer of precision heavy lifting machinery for more than 150 years, will showcase three cranes onsite at Bauma 2019. The cranes will be erected at the Raimondi Cranes (Raimondi) exhibit situated at FS 1102/2 in the event’s outdoor area at the Messe München Trade Fair Center. Raimondi’s full senior management team, together with its full official agent roster, will be welcoming visitors onsite for the duration of the event from April 8-14, 2019.

The first of the three cranes to be erected at Bauma, Raimondi’s first-ever luffing hydraulic LRH174 launched in 2018, will be positioned alongside the company’s two newest models across its luffing and flattop product ranges. The LRH174, a 10 tonne hydraulic luffer, has a tip load of 2,225 kg in Ultra-lift mode with two falls. The crane can also be utilized in one fall, which allows for a maximum capacity of 5 tonnes and a tip load of 2,476 kg. “We are pleased to present the LRH174 at Bauma this year. While there are several LRH174s currently at work in both England and in Australia, we haven’t yet had the opportunity to properly acquaint our global customers with Raimondi’s premier hydraulic luffer,” said Eng. Mauro Masetti, Chief Commercial Officer, Raimondi Cranes, remarking on the company’s decision to erect the crane onsite.

“We felt that showing this product, with its reduced out of service radius of only 10 meters, was the ideal complement to our two newest products in the lineup never before shown to the public.” Masetti further elaborated that a traditional luffer requires minimum double the radius of the LRH174’s 10 meter out of service radius, one of the crane’s most attractive features.

Raimondi Chief Operations Officer, Eng. Domenico Ciano, added that the LRH174 boasts much easier installation – similar to that of flattop tower cranes – due to the lack of A-frame and tie rods used in traditional luffers. “The jib is assembled at ground level in only one lift, so that the assembled jib and hoisting winch may be raised. Preparation of the jib, hoisting winch and rope reeving are all completed at ground level reducing work at height requirements, while the hydraulic system provides end users with smooth and speedy luffing movement,” he said, highlighting some of the product’s key benefits.

“We have impressive numbers to share for the LRH174: raising the jib to 85 degrees takes only 1.8 minutes due to the powerful hydraulic unit installed in the crane. In addition, this luffer houses the new generation Raimondi safety control system,” continued Ciano. Fully electronic with redundant sensors that allows the crane to operate at the safest possible levels, Raimondi’s safety control system capabilities exceed existing heavy lifting machinery industry standards, he explained. “I am pleased to confirm that Raimondi will also unveil its two newest products at Bauma 2019, a luffing jib crane and a flattop tower crane. We are extremely excited to communicate about our two newest models that will be erected at our Bauma stand. We will be sharing information soon on what our visitors can expect to see in these cranes, including the technical advancements and the design engineering applied to Raimondi’s 2019 releases,” concluded Masetti.